The French influence on Philly, including Lafayette Hill

Ever wonder why the town just north of Chestnut Hill is named Lafayette Hill?

The French influence on Philly, including Lafayette Hill 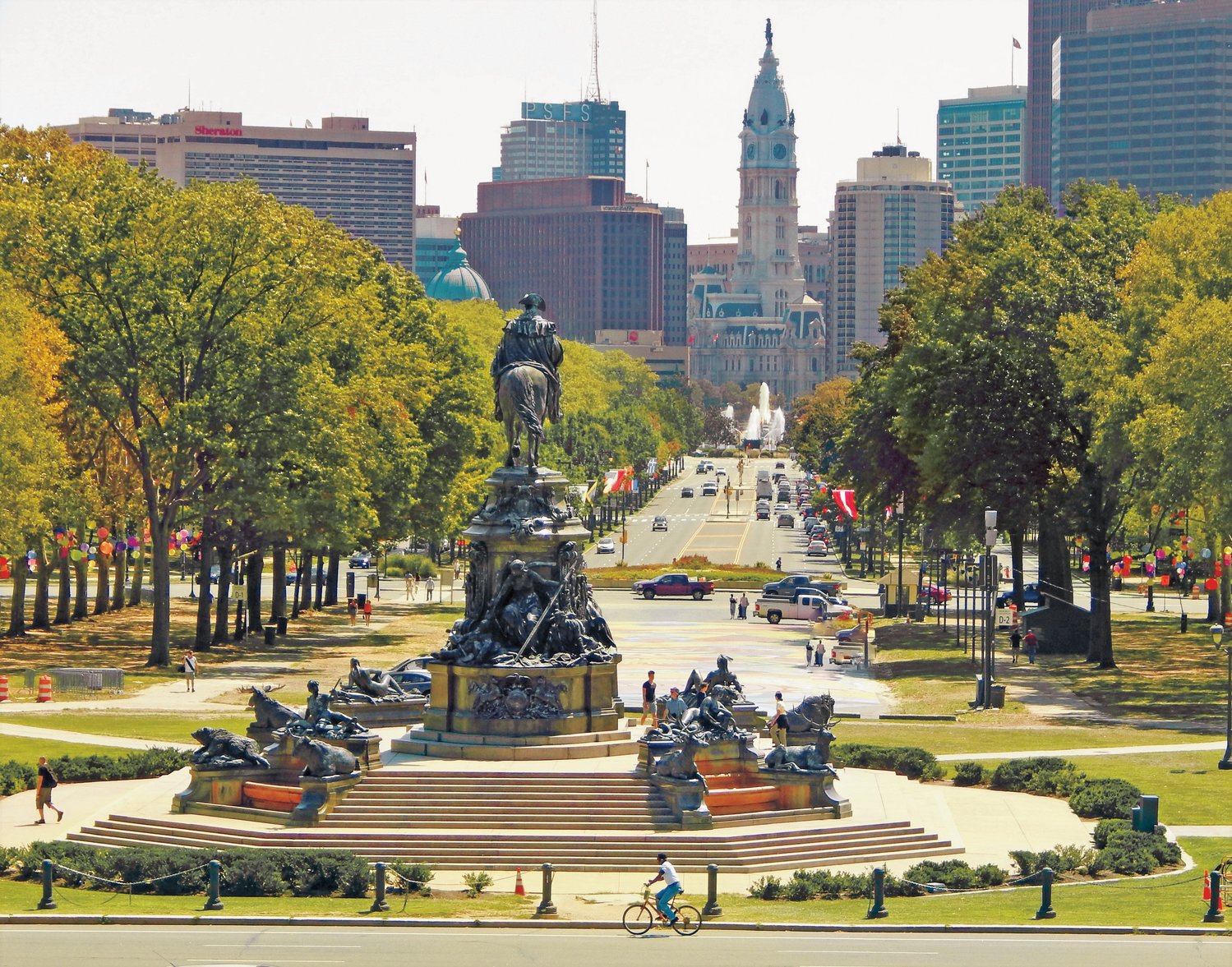 The beautiful Benjamin Franklin Parkway was designed by two French architects who consciously used Paris' Champs-Elysees as their model. And, of course, the Parkway leads directly to Fairmount Park, Wissahickon Drive, then Lincoln Drive and Chestnut Hill. 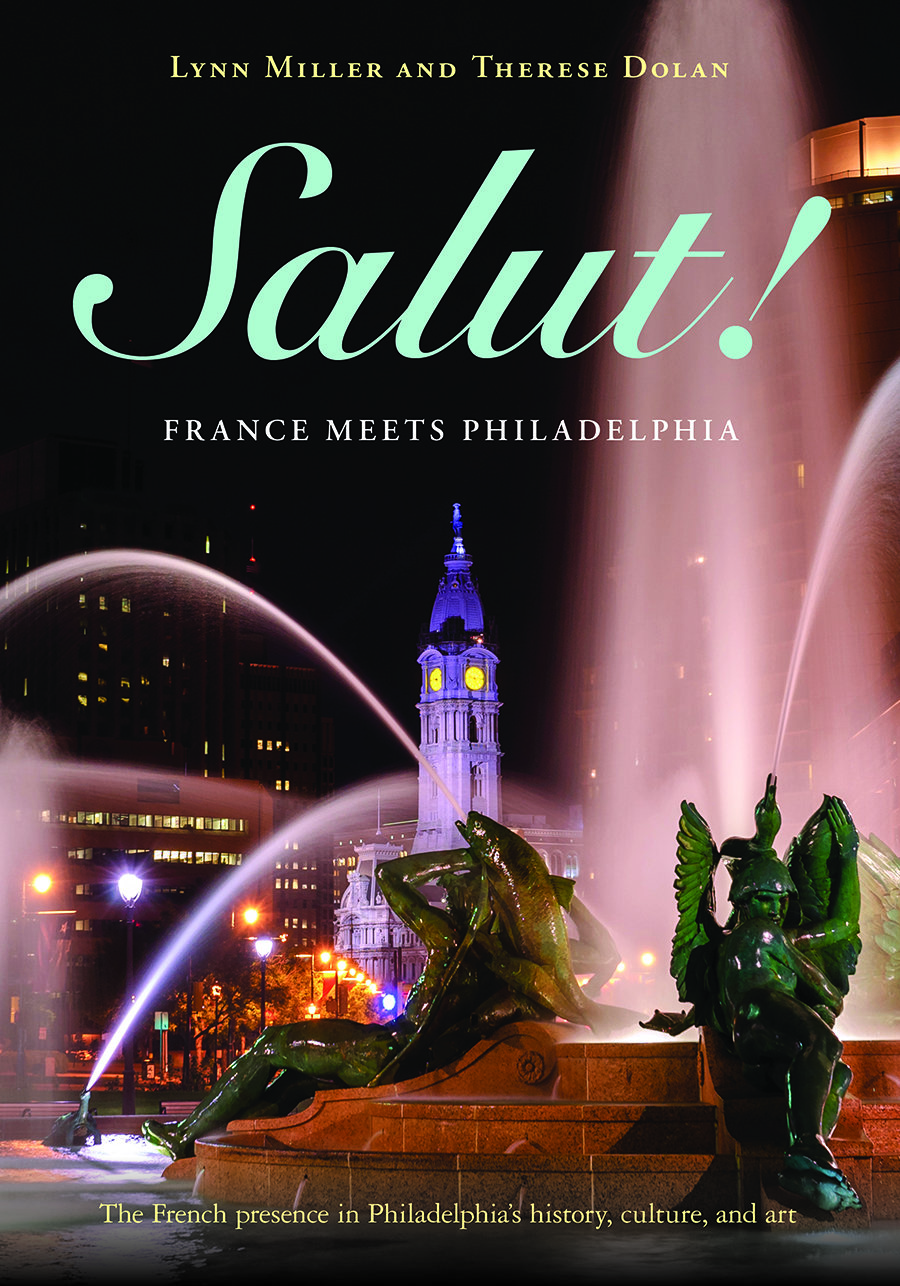 “Salut! France Meets Philadelphia,” about the history of the French influence on Philadelphia, published by the Temple University Press, will be released Dec. 9. (Photos courtesy of Temple U. Press)
Previous Next
Posted Friday, November 27, 2020 2:51 pm
by Len Lear

Ever wonder why the town just north of Chestnut Hill is named Lafayette Hill? According to Lynn Miller, Professor Emeritus of Political Science at Temple University, the town's previous name, Barren Hill, was changed to Lafayette Hill “in 1824 or 1825, when Lafayette returned here during his 13-month-long tour of the entire U.S.

“He was honored wherever he went, including with parades and the erection of more than a dozen triumphal arches in Philadelphia, where he was the first to attach the name 'Independence Hall' to the former State House. Back in the spring of 1778, Lafayette was camped at Barren Hill with his force of 2,200 men, when General Howe and his army, evacuating Philadelphia, learned of his presence nearby.

“Howe brought his 6.000 troops to aid the 5,000 other British troops in the area to try to surround and capture Lafayette. They nearly succeeded before the Marquis got his men out by firing periodically from the forested hill, convincing the enemy that there was a much larger army there. That escape by the French cemented Lafayette's reputation with Washington as a brilliant tactician.”
Miller, 83, who has lived in center city since moving to Philadelphia in 1969, was born and raised in Dodge City, Kansas. He studied for his Ph.D. in Princeton, has written several other books and is co-author, with Therese Dolan, Professor Emerita of Art History at Temple University, of “Salut! France Meets Philadelphia,” about the history of the French influence on Philadelphia. Published by the Temple University Press, the book will be released Dec. 9.

“I don't know of any distinctively French influences on the creation of institutions in the Germantown/Mt. Airy/Chestnut Hill area,” said Miller. “Germantown, as you know, was settled first by German speakers. I would suggest that the much later development of Chestnut Hill was influenced by the completion of the Benjamin Franklin Parkway at the end of World War I. That is the aspect of Philadelphia's built environment that is most obviously 'French.'

“It was designed by two French architects who consciously used Paris's Champs-Elysees as their model. And, of course, the Parkway leads directly to Fairmount Park, Wissahickon Drive, then Lincoln Drive and Chestnut Hill. That beautiful route no doubt helped Chestnut Hill's developers to sell properties to affluent buyers. I'm sure generations of Chestnut Hill residents are conscious of that French vision when they commute to center city.”

Another fascinating fact found in “Salut!” which many Philadelphia area residents are no doubt unaware of, is that “William Penn was sent to Paris as an 18-year-old by his father, Admiral Penn, who was determined to get his son away from the influence of English Quakers, who were corrupting the boy's mind. The admiral's plans backfired when his son almost immediately fell under the influence of a radical French Protestant reformer, Moise Amyraut, who invited the boy to live in his home in Saumur for a number of months.”
Dolan and Miller began work on “Salut!” five or more years ago. Their collaboration came about when they were both active on the board of directors of the Alliance Francaise de Philadelphie, a non-profit organization which promotes French language and culture in the Delaware Valley.

“I made an offhand remark to Therese one day after a board meeting,” Miller said, “saying that it would be fun to work with her on such a project. I knew that her academic specialization had been French Impressionism … She immediately said, 'What a great idea,' and we took it from there.”
According to “Salut!” French cultural offerings, past and present, have had a powerful effect on Philadelphia. Architectural landmarks from the Ben Franklin Parkway to City Hall to the Ben Franklin Bridge, the Federal Reserve Bank and the Academy of Music are part of that legacy.

Also the enormous collections of French and French-inspired art in the city, as well as the great local artists who trained in France, from Rubens Peale to Thomas Eakins to Mary Cassatt, Henry O. Tanner and others, as well as the Philadelphia (or Bucks County) Impressionists. The latter are represented in local galleries, including Chestnut Hill's Woodmere Art Museum.

The impact of the French Revolution and the Napoleonic era on the Philadelphia region is the subject of two full chapters (out of 13) in the book. In fact, Joseph Bonaparte lived in and near Philadelphia for 17 years after his brother fell from power. “Joseph certainly left both an impression and a legacy here,” said Miller.

According to Michael Scullin, Honorary Consul of France in Philadelphia and Wilmington, “I have learned much (from this book) about the intertwined history of the U.S. and France that was not taught in my elementary school classes.”

For more information, visit tupress.temple.edu. Len Lear can be reached at lenlear@chestnuthilllocal.com