by Diane Fiske This is a local column about architecture, urban planning and regional development. This Christmas marks the second anniversary of the reopening of the Lovett Memorial Library in Mt. … 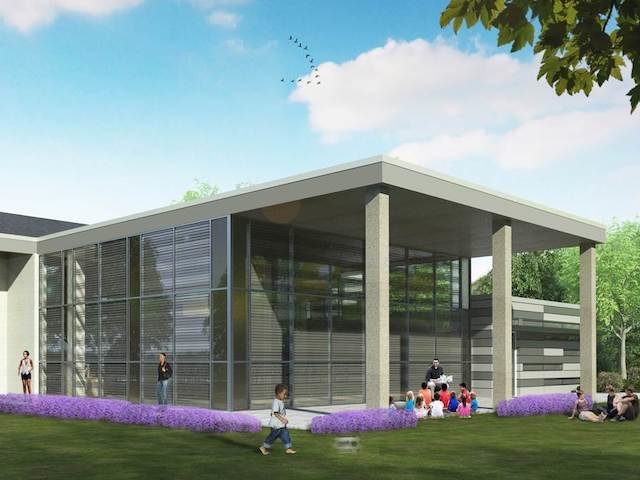 This is a local column about architecture, urban planning and regional development.

This Christmas marks the second anniversary of the reopening of the Lovett Memorial Library in Mt. Airy after a renovation that brought it into the 21st century, both inside and out.

Siobhan Reardon, president and director of the Free Library of Philadelphia, is proud of the renovation of the library at Sedgwick and Germantown avenues and said, “the changes are helping the library keep up with the population.”

Reardon, the first woman to hold the top position with the library, was interviewed at her office in the Parkway Central Library on the Benjamin Franklin Parkway in a high-ceilinged room that used to be the library boardroom.

She said she admires the renovated appearance of the Mt. Airy library and the work by architect James Keller. She said she loves to watch people gravitate to the new light-filled spaces.

Reardon said the new library with its combination of a modern glassy front attached to the old building covered with stucco brings a new modern edge to libraries in Northwest Philadelphia.

In addition, in Northwest Philadelphia is the very traditional looking Chestnut Hill library, which is a Carnegie building constructed in 1907. Reardon said there were about 26 libraries backed by the Carnegie Foundation, which have been reduced to 15.

“The building, like the others, is more than 100 years old, and it has been somewhat modernized, but it is small and cozy,” Reardon said. “People like it. Eventually it will be renovated on the interior, but not on the exterior, which is registered as a historic property.”

Lovett Memorial Library started out as the home of the Lovett family. It was donated to the city for use as a library in the late 19th century and was renovated in the 1950s along with other libraries in the city.

Now after the recent renovation of the five libraries including Lovett, Reardon said she enjoys seeing the public use the new facility, particularly the new windows.

“Everyone sits along the windows and seems to enjoy the light and view and gravitates towards the windows,” she said.

Changes in the Mt, Airy library, she said, include the low bookshelves.

“In a traditional library, there are lots of high shelves and desks as you come in but the change here means that the whole first floor is visible as you come in, she noted.”

She said the William Penn Foundation funded the renovation of the five buildings along with some private help at a cost of about $40 million.

Now, with a 2,000-square foot addition to the front of the Mt. Airy library, the children’s room is on the first floor visible to the librarians in the adult area. It used to be on the second floor.

The grassy site surrounding the library is a big asset, Reardon said. This park-like setting is managed by the Lovett Association, which provides programs and helps maintain the land.

On the second floor, there is a large computer room and a quiet area in the original Lovett building.

“Every one of the renovated libraries now has a quiet area as well as a place to listen to electronics with headphones,” she said.

Reardon said she and Keller belong to the International Federation of Libraries and organizations that helped in her thinking of ways to modernize.

Reardon, who started at the library in 2008, said one of the amazing things she learned is “there are people who have never walked under the transom of a library because they thought you had to know how to read to come into the building.”

In the past 10 years, there have been projects to infuse technology into the libraries and help those who do not read or communicate to use the library.

Reardon said that when she started she worked with a pilot project to infuse technology into the libraries. This opened up library “hot spots” in community centers, such as stores or other businesses, where technology is available to anyone who participates.

“We have to do a better job of making the public feel the libraries are theirs,” she said.