Streetscape is a local column about architecture, city planning, and urban design.

The controversy over the proposed townhome development at 30 W. Highland Ave. has sparked a debate not only about … 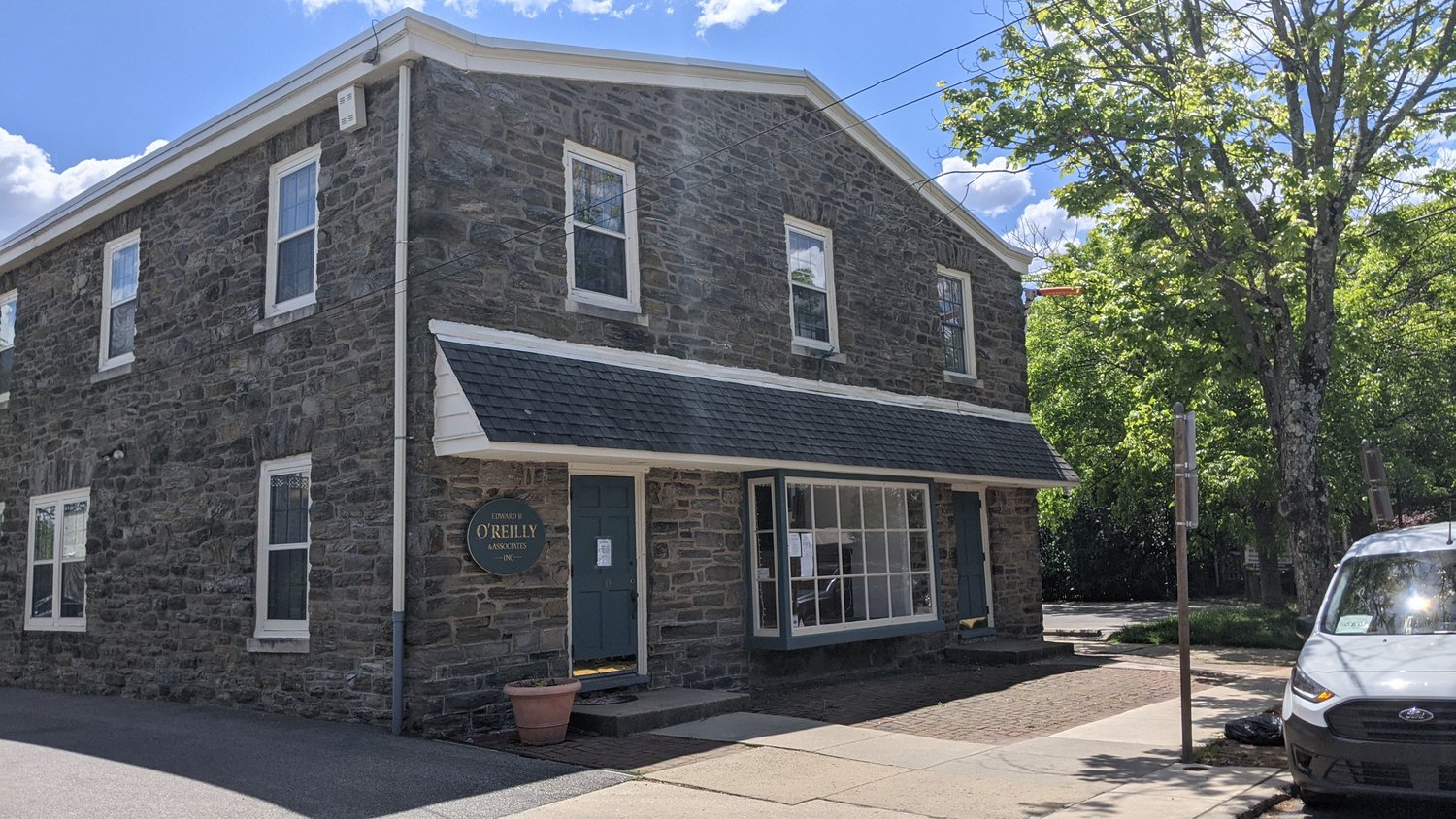 The proposed development of 30 W. Highland Ave., currently the home of Edward B. O’Reilly Associates, has sparked a conversation about land use and preservation in Chestnut Hill.
Posted Wednesday, May 19, 2021 11:15 am
by Diane Fiske

Streetscape is a local column about architecture, city planning, and urban design.

The controversy over the proposed townhome development at 30 W. Highland Ave. has sparked a debate not only about the proposed project, but the nature of development, historic preservation and just what new housing in the neighborhood shook look like and whether it should be built at all.

The project, which the Chestnut Hill Community Association board approved last month, was the subject of outdoor meetings, surveys, fund raising campaigns and official zoom meetings: 20 by early May.

Developers of 30 W. Highland Avenue are seeking a variance because the property is not zoned for residential. The current occupant of the property is Edward O'Reilly Heating and Air Conditioning, a 5.401 square-foot office spread out through two buildings on an 18,601 square-foot site a few feet west of Germantown Ave. The proposed new buildings would occupy 10,087 square feet.

Henry O'Reilly is the third-generation owner of the business that was started in the early 20th century by his grandfather, Edward. Today, the younger O'Reilly would like to close the Chestnut Hill offices and has suggested he would like to live in one of the new homes. The company’s headquarters is in Ambler.

The usually quiet Chestnut Hill neighborhood is split into opposite camps by the proposal to replace the O’Reilly building with eight connected three-story townhouses, each with two car garages. The proposal was approved on April 25 by the Chestnut Hill Community Association and forwarded to the Philadelphia Zoning Board of Adjustment for final approval. After a partial hearing, the remainder of the case was slated for a continuance hearing by the ZBA on June 23.

Some have argued the original, industrial building, which faces West Highland Avenue, has historical significance, though the building itself is not recognized – or protected – by the Philadelphia Historical Commission.

Land Use Planning and Zoning Committee member Andrew Moroz, an architect with the firm Bohlin Cywinski Jackson, thinks the project could have done more to preserve the original building.

"The historic building should have been re-used,” he said. “It is, after all, a simple and very solid 40 x 60 stone rectangle – an easy design problem, not some objectively wild Victorian mansion with turrets and round windows and wood gingerbread all around. And a change in use is something granted to save, not destroy, an existing building”

Moroz was the lone vote in his committee against the variance for 30 W. Highland and has disagreed with his colleagues who say it’s “good urbanism.”

“It is not entirely good urban design,” he said. “It contains two-car garages, overwhelms its neighbors with sheer size and is a simple extrusion of one unit from end to end. Good urban design would have the interior, the middle, and the street end be different for the very reason of the differing circumstances from the interior of the lot to the street-front.  The two-car garages make the whole building a story higher than it needs to be. "

On the other hand, the new demand for development in Chestnut Hill is not so unusual according to John Landis, head of the Chestnut Hill Development Review Committee and a retired University of Pennsylvania professor of planning.

"Chestnut Hill, like other communities in the northwest (Philadelphia), is undergoing a rapid interest in development,” he said. “Land is relatively cheap, people have not been spending money during the pandemic.

"The Highland Avenue proposal is not totally foreign to Chestnut Hill and the situation should have been worked out locally but figures like Councilman Cindy Bass interfered and it became a local tempest in a teapot.”

He said he wasn’t sure the entire neighborhood was opposed to the project.

"Do you think people in other parts of Chestnut Hill really are concerned?” he asked.

Steve Gendler, a real estate developer and architect will soon become chairman of the Land Use Planning Committee when they have their June meeting. He said neighbors opposed to the proposal should ask what other options the developer might have.

"Think how the neighbors would react to another use that could be making noise all night if this project doesn't go through,” he said. “It seems evident that O’Reilly is moving his business away from 30 W. Highland and the site will be used for something."

When considering the various proposals by neighbors, Gendler said, "I don’t think reducing houses from eight to six would make a difference."

Letter: EMAN, shame on you