Some recent novelists’ memoirs, plus a tribute to Harvest Books

Some recent novelists’ memoirs, plus a tribute to Harvest Books 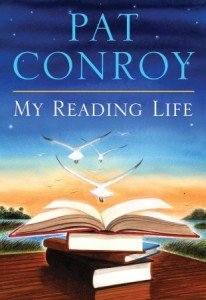 Writers on reading and writing

Novelists Larry McMurtry and Pat Conroy have both recently published brief, enjoyable memoirs about their reading lives. The book bug, it seems, bit them early and bit them hard and they never got over the fever. For McMurtry, born on a ranch in Texas, and Conroy, born on a Marine base in Georgia, the literary life lifted them from childhoods of hungry, regional isolation to national renown.

McMurtry’s memoir actually comes as a trilogy. “Books: A Memoir” appeared in 2008, followed in 2009 by “Literary Life, A Second Memoir,” and in 2010 by “Hollywood: A Third Memoir.” Together they reveal what in retrospect seems like an inevitable path from being a bookish boy in Archer City, Texas, to being an Academy Award Best Screenplay winner in Hollywood.

He’s written such works as the “Lonesome Dove” series for TV, and the screenplays for “The Last Picture Show,” “Hud,” “Brokeback Mountain,” and “Terms of Endearment.” He also enjoyed several runs on the New York Times Bestseller list along the way.

Conroy’s recent memoir is titled “My Reading Life.” He too has enjoyed time on the New York Times Bestsellers list, and has also known the pleasures and frustrations of seeing his books go from print to movie screen. Among his better known works made into movies have been “The Great Santini,” “The Lords of Discipline,” “The Prince of Tides,” and “Beach Music.”

None of these memoir installments is particularly heavy or philosophical, nor written with much depth. Conroy tries harder, in his determined, gritty way, to lift his story to a level of literary refinement, especially when he writes about the great teachers he had (James Dickey, for one).

McMurtry has better name-dropping stories, but writes so casually, almost lazily, the stories feel as they they’ve been lifted from diaries with scarcely any amplification – kind of like he’s saved Reader’s Digest the trouble of condensing his life.

Oh well, you pays your money and you takes what they give you. I love reading biographies of writers, especially when they talk about the ways in which other writers have affected them. American career paths fascinate me. Why did these two fellows achieve such success when many hundreds of others – some just as talented – remain unread and unknown? A topic for another day.

There are three terrific bookstores up here in the Northwest Peninsula and you have two more pre-Christmas days to dash over to them and load up on anti-Kindle devices (a.k.a “books”).

Walk A Crooked Mile, at the Mt. Airy train station, a converted Frank Furness building, offers around 80,000 used books. If you go to their charming website you can take a virtual tour of their store. This place, already venerable after a mere 15 years, is everything you’d hope a used bookstore would be and more. Their commitment and devotion to the community, especially its artists and performers, goes way beyond anything being offered in Chestnut Hill. Ahem. (Aside from the Book Festival, of course.)

I want to single out Harvest Books in Fort Washington (three minutes from the Route 309 Fort Washington exit, and ten minutes in total from CH). Harvest offers about 10,000 very-slightly-used books. Although they’re better known as one of the biggest Internet booksellers/booksearch companies on the East Coast, Harvest also runs a pretty nifty retail outlet.

I went in there two weeks ago for the first time since they’ve remodeled and enlarged. Their little bookstore, which before had seemed an afterthought to their Internet business, now stands as one of the best used book stores in the Philadelphia area.

And don’t let that word “used” turn you off if you’re looking for a gift. Only books in beautiful, nearly new condition make it onto their shelves. The aisles are wide, the lighting is perfect. The entire store feels clean, quiet, and inviting. I kept thinking of that Hemingway story, “A Clean Well-Lighted Place.”

You won’t find much by way of antiquarian books on the shelves because the emphasis at Harvest Books retail outlet is on books published in the last ten years or so. In fact, perhaps the last five years. There are daily specials, staff picks, and a large children’s section. Best all, 80 percent of the books are priced at $2 and children’s books at $1. We’re talking about ultra-clean merchandise. They also have some vinyl record and print bins. These too in immaculate condition.

There are still a few days to write me and offer your choices of “Most enjoyed book(s) of the year.” They’ll be published in the December 30 issue of the Local. Thank you to those who’ve sent their choices already. It’s shaping up as a bunch of odd, unpredictable choices. The Northwest Peninsula sure shakes to a different rhythm is all I can reveal thus far. Please write to me at gilmorebookshop@yahoo.com.