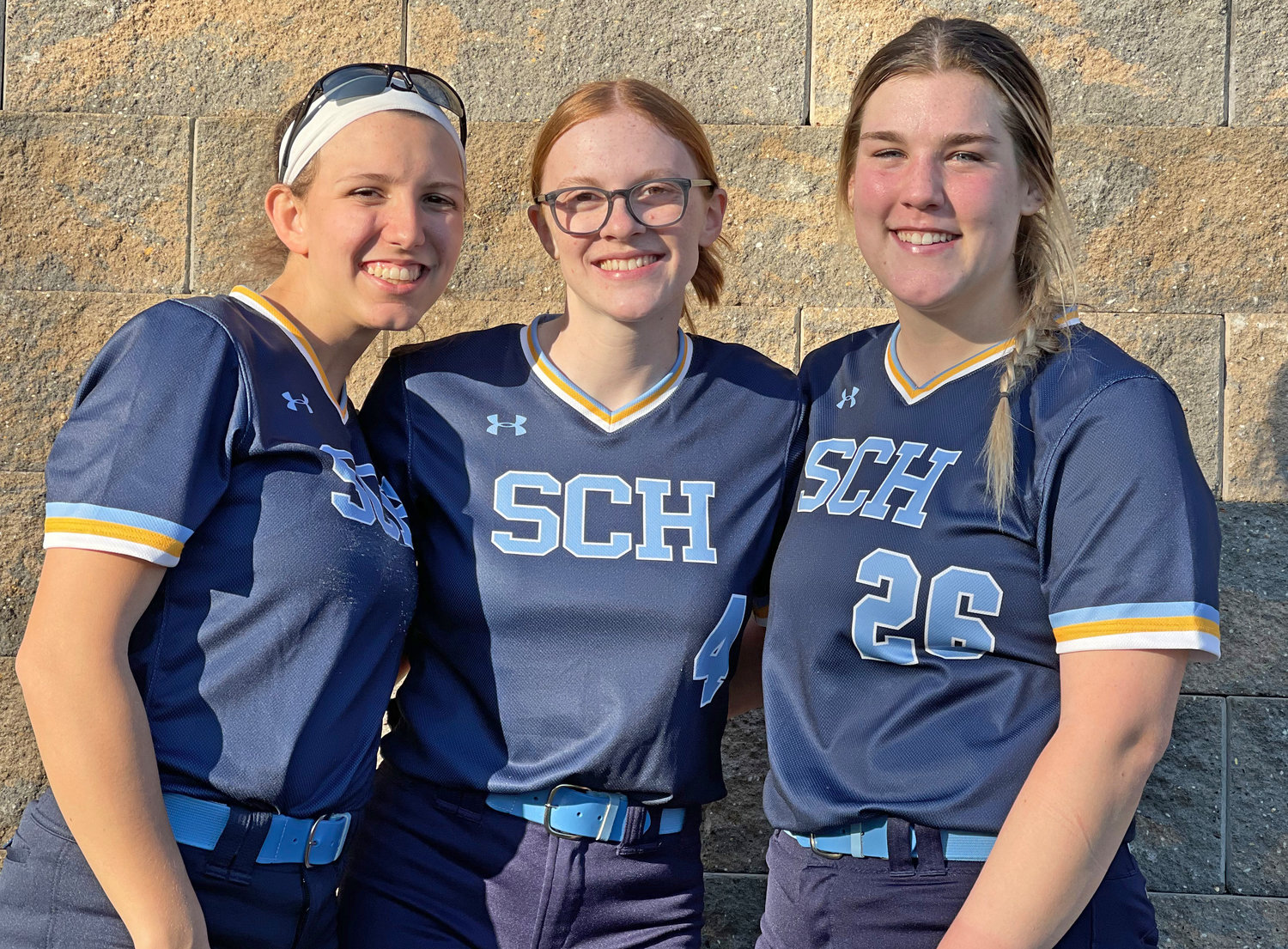 At Springside Chestnut Hill Academy on the sunny afternoon of Monday, March 21, the 2022 Blue Devils took to the softball field for a scrimmage against Friends Select School. The visiting Falcons were the Friends Schools League runner-up to champ Shipley School last spring.

The Blue Devils built up an 11-0 advantage over six innings, then dispatched Friends Select in the top of the seventh to end the session.

The Devils only graduated one player, Trinity Smith, from their 2021 team.

Junior third baseman Courtney Oliver, who is the Blue Devils' lead-off batter, has been a varsity player since she was an eighth-grader. Next to her at shortstop is a new classmate; Faith Scally transferred to SCH after her former school, John W. Hallahan, closed for good last spring. At first base is hard-hitting sophomore Kamaha'o Bode.

In the outfield, junior centerfielder Emma Blaszczak is flanked by two freshmen, Layla Shands in left, and McKayla McKeever in right. Shands first made the varsity roster as an eighth-grader last year.

In 2021 the Blue Devils split in their home-away Inter-Ac League series against another league power, Penn Charter. Because there was no Pa. Independent Schools tournament due to COVID, a postseason Inter-Ac tourney was arranged. Here, SCH edged PC in the semifinals, but lost to an up-and-coming Baldwin School squad in the championship game.

In the opening scrimmage of 2022 last week, the durable Klug went the distance for the Devils, striking out 15 and recording one put-out on a throw to first.

She sent the Falcons down in order at the top of the first, and in the bottom half Casey got on with a walk but the Blue Devils did not score. The first runs went up on the board in the bottom of the second, when Scally singled to centerfield and then scored ahead of Blaszczak, who smashed a two-run homer over the fence in left field.

Oliver led off the bottom of the third with a hit and reached second as the ball bounced by an outfielder. After a pop-up, Bode hit a dribbler in the infield and outran the throw to first base while Oliver went to third. Bode stole second, then a sacrifice grounder by Klug scored Oliver to give SCH a 3-0 lead going into the fourth.

It was still 3-0 after neither team scored in the fourth and the Falcons went down in order in the top of the fifth. In the bottom half Oliver singled up the middle but her hit was sandwiched between two SCH outs. No worries, though, as a blast by Bode sent the ball soaring along the left field line.

Onlookers craned their necks to see if the ball stayed in fair territory, and it did, raising the home team's lead to 5-0. Klug banged a hit right off the opposing pitcher and Wolff sent a hard grounder through the left side of the infield, but then a strike-out left the baserunners stranded.

Klug struck out the first batter in the sixth, then Scally, the shortstop, got a tough out by crossing over in front of second base to field a ball and then twisting her body to make the throw to first. Bode, at first, came off the bag to scoop up a grounder and flipped the ball to Casey, who came over to cover the bag.

Now, in the bottom of the sixth, the Falcons changed pitchers. Things did not go well for the reliever. After an RBI single by the Devils' McKeever, the new Select pitcher almost got out of the inning with minimal damage, but on what would've been the third out, the catcher lost hold of the ball on strike three to Bode, who reached first base safely.

Five more runs followed before the Falcons could retire the home side. The highlights were a pair of two-RBI hits, a double to left field by Klug, and a double down the right field line by Scally.

Friends Select led off the top of the seventh with a double of its own, then Klug struck out the next three batters to wrap up the scrimmage.

Veteran head coach Stephanie Mill is back for her 22nd season with the Blue Devils (although the 2020 season was cancelled just a few weeks after it started). Back as assistant coach is Bill Hannigan, an experienced club coach and also the father of a former SCH player.