You couldn't have asked for any more effort on the part of Penn Charter and SCH as they squared off in the Commonwealth Cup finals last week. 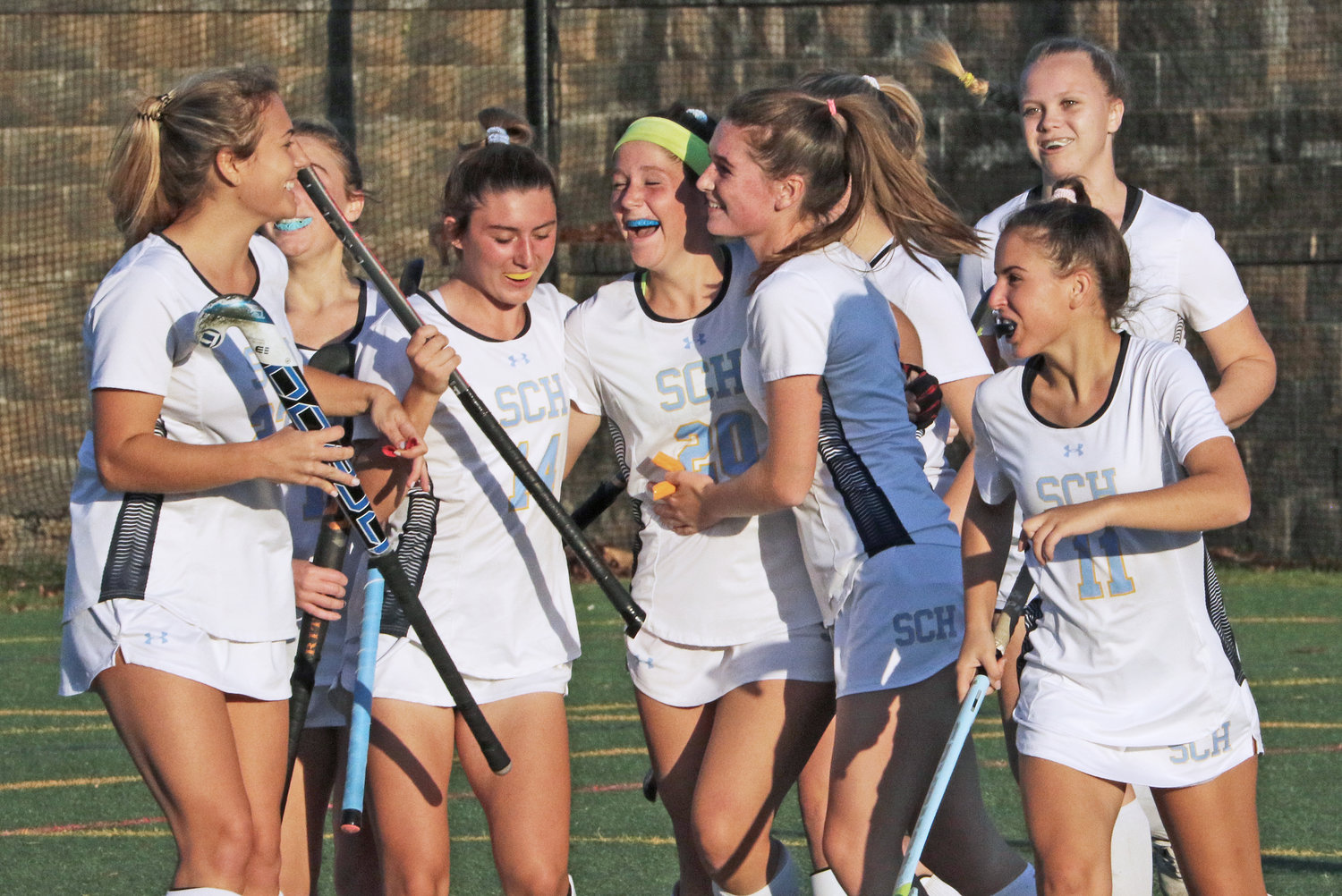 Early in the fourth quarter, the Blue Devils celebrate a goal by freshman Devyn Conlan (center, with green headband) that gave them a 2-1 lead. The Quakers of Penn Charter would tie the game just a few minutes later.
Tom Utescher 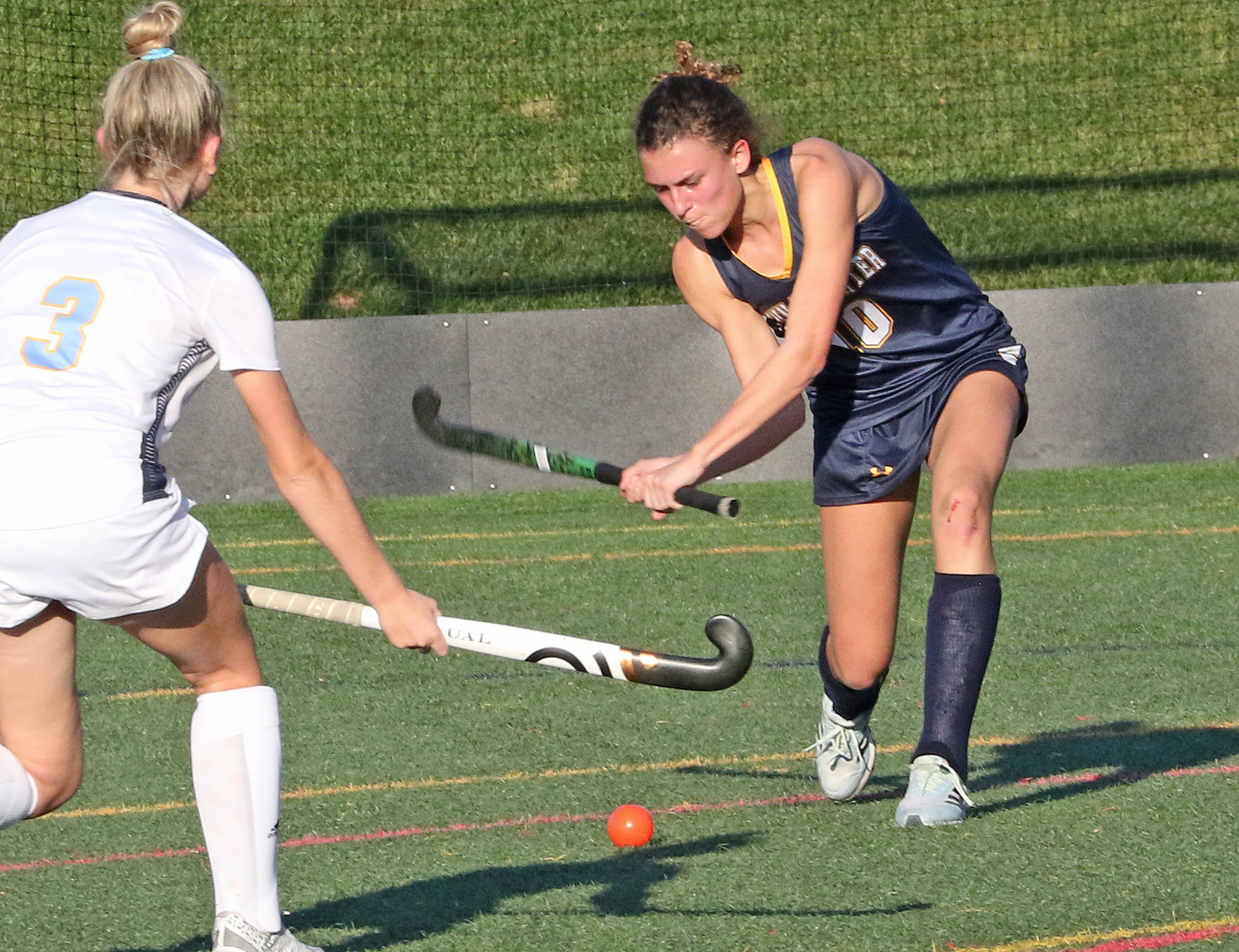 The Quakers and Blue Devils took full advantage of the extension, winning semifinal games and then battling into overtime in the cup finals last Tuesday. The host for the match, SCH, finally prevailed on a goal by freshman Devyn Conlan in the sixth-minute of sudden-victory OT.

During the regular season, Springside won the first Inter-Ac League match between the teams, and the rematch ended in a 0-0 tie. Neither squad has many primary field hockey players, and they were overmatched against league powers like the Academy of Notre Dame and nationally-ranked Episcopal Academy.

You couldn't have asked for any more effort on the part of Charter and SCH as they squared off in the finals last week. In semifinal games the previous Friday, SCH had rolled past Friends Select, 7-0, while PC beat the Friends Schools League champion, Shipley School, 1-0. Curiously, the team Shipley defeated in the FSL finals (in OT), Academy of the New Church, was entered in the main tournament of the PAISAA postseason, where it was immediately smashed by Notre Dame, 10-1.

Last Friday the Commonwealth Cup finalists began as they meant to go on, with neither side enjoying more than a single goal's advantage at any point. The 1-1 tie on the board at halftime reflected goals by Penn Charter senior Amanda Ehrenhalt and SCH junior Kaitlyn Melinson.

Momentum seesawed between two teams during the third quarter, with neither side able to break the deadlock.

With goals so scarce, Springside had reason to believe that the first of Conlan's two goals would prove decisive. It came with 12:37 remaining in regulation play, putting the Blue Devils ahead, 2-1. Less than three minutes later, though, the game would be tied again.

PC can bring some speed on the offensive transition and on counterattacks, and on one rapid rush by the Quakers the Blue Devils did not get enough players back on defense. Senior Ella Curci scored from the middle of the circle off a pass from Ehrenhalt, knotting the score at 2-2 with 9:57 on the clock.

The tie could not be broken in regulation play, and overtime ensued, consisting of a pair of 15-minute, sudden victory periods. The issue would be decided fairly quickly in OT, however.

Conlan scored for Springside Chestnut Hill with 9:07 remaining in the first overtime session to clinch the victory. Her twin sister Colleen, a two-year starter in goal for the Blue Devils, had six saves in the game.