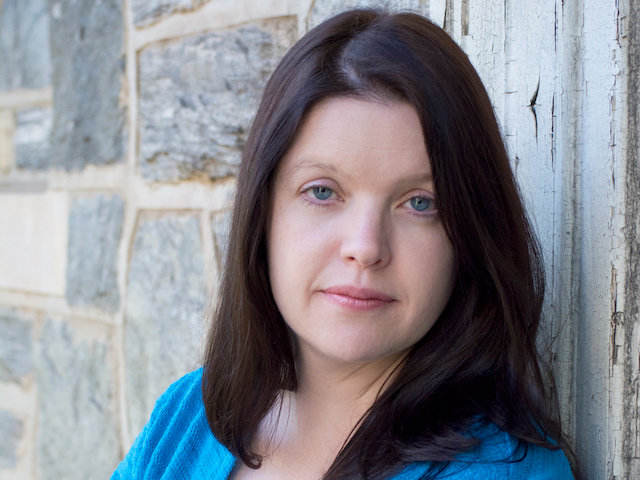 Lisa Regan just might qualify for the Guinness Book of World Records if they have a category called “Most often rejected when trying to find an agent.” According to Regan, 42, who has lived in Roxborough most of her life and still lives right across the street from her parents, “For four years, I tried to find an agent to represent me for my writing. More than 150 said no to me, however!”

But every so often someone reaches the top of Mount Everest, despite all of the overwhelming obstacles, because of unbelievable persistence, guts and, of course, talent. And in this case, that someone is Regan, who has definitely had the last laugh on all of those 150-plus agents who rejected her writing.

That’s because Regan is now the USA Today and Wall Street Journal bestselling author of the Detective Josie Quinn series, with her book “Vanishing Girls” selling over 250,000 copies, as well as several other crime fiction titles. The first book in her crime novel series, “Vanishing Girls,” was released Jan. 17, 2018, by the publisher Bookouture, followed by “The Girl with No Name” in April, “Her Mother’s Grave” in August and “Her Final Confession” in November. All four books reached the USA Today bestseller list, and books one, three and four made the Wall Street Journal bestseller list.

Now, Regan’s bestseller, “Vanishing Girls,” will be on sale for the first time in trade paperback on Tuesday, Nov. 26. She will have a paperback launch event at Shakespeare and Co., 1632 Walnut St., starting at 6:30 p.m., with Regan doing a reading, Q&A and signing. 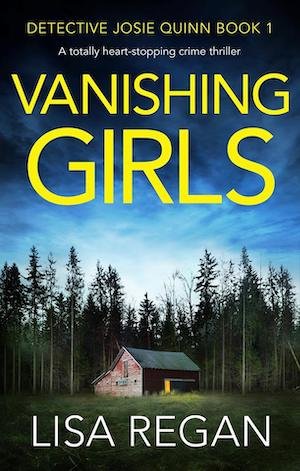 The Roxborough resident’s book “Vanishing Girls” has sold over 250,000 copies.[/caption]

In “Vanishing Girls,” when Isabelle Coleman, a beautiful young girl, goes missing, everyone from the small town of Denton joins the search. They can find no trace of the town's darling, but Detective Josie Quinn finds another girl they didn't even know was missing. Mute and unresponsive, it's clear this mysterious girl has been damaged beyond repair. All Josie can get from her is the name of a third girl and a flash of a neon tongue piercing that matches Isabelle's.

The race is on to find Isabelle alive and perhaps other victims of unspeakable crimes. Can Josie catch the killer before another victim loses her life?

According to one five-star review on Amazon, “Vanishing Girls” is “brilliantly paced … She had me from the very first page and I could not put this book down!”

Regan told us that the idea for the book, like the plots of her other 10 crime novels, came from a real-life story.

“I saw a 30-second story on TV10,” she said. “It was about a shootout on an interstate in New Jersey. I wondered why there was a shootout. I will take an image like that and try to build a story around it.”

Regan has developed a legion of devoted fans who can’t wait for her next book.

“I have had many people reach out to me who were victims of sexual assault or even abduction. Most still struggle with the trauma.”

Regan’s dad grew up in Manayunk and her mother in Roxborough. She enrolled in Hallahan High School for Girls but then transferred to a school in Danville, PA. She came back home to attend Community College of Philadelphia but moved on to Bloomsburg University, where she earned a Bachelor's degree in English and a Master of Education degree.

“I started writing crime stories when I was 11. I grew up reading Nancy Drew stories. I would like to thank my parents for nurturing this dream without hesitation or exception from the time I was old enough to put letters on the page and for not letting me give up: Donna House, William Regan, Rusty House and Joyce Regan.”

While in college, Regan tried a job student teaching but soon realized that “it was not for me.” After college, she got a job as a paralegal for 13 years for a Roxborough law firm but was writing every night during those years and finally decided to step out of the high wire without a safety net.

Now that she has achieved remarkable success, how does Regan feel about critics who say that virtually all crime novelists are writing superficial thrillers with no real literary language or character development?

“I know the difference,” Regan replied, “but my aim has never been to get critical acclaim. My aim is to entertain readers. I often get letters from readers going through bad times. They will say that my books got them out of their real world troubles. My job is to entertain those readers, and if I accomplish it, I am happy with that.”

Visit Regan's website for more information. You can reach Len Lear at lenlear@chestnuthilllocal.com

Donate now to CH Local
The Latest
Fall for the Arts returns, a tradition intact
This fall, as life in our area gets back to a new normal, one of the surest signs is the return of the Fall for the Arts Festival coming September. 26.