Terry Connell's passionate, emotional journey with Stephan Love, his partner of three years, and the two years that he spent caring for him after he had contracted AIDS. 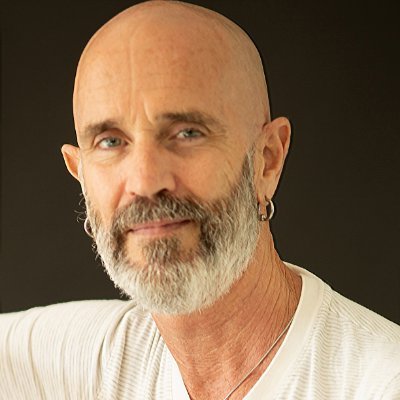 Terry Connell is an acupuncturist, yoga instructor and award-winning author. 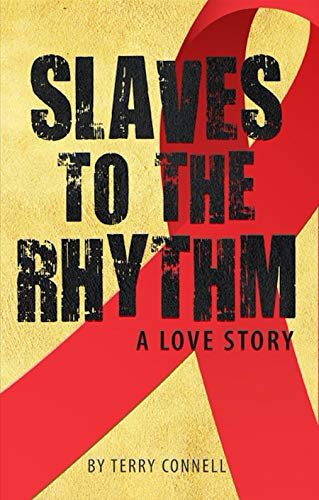 “Slaves to the Rhythm, A Love Story” is a tale of a repressed gay youth and the man who would change his life, written by a Chestnut Hill acupuncturist and yoga instructor.
Previous Next
Posted Friday, October 29, 2021 9:00 am
by Len Lear

Terry Connell, who recently opened an incense-scented acupuncture/yoga studio in the Chestnut Hill Community Center's second floor, at 8419 Germantown Ave., grew up in a five-bedroom Willow Grove house as part of a devout Catholic family with 10 siblings. It was a family he both feared and loved.

Therefore, it was rather difficult when Terry realized late in high school that he was gay. “I always felt kind of different,” he recalled last week. “Finally I realized why.”

And now, decades later, he recounts that childhood as well as the love affair that defined his adult life in a new book, “Slaves to the Rhythm, A Love Story.” It’s the story of a repressed gay youth and the man who would change his life, and reveals “the incredible strength and courage required to care for someone as they surrender their life, little by little, each day,” Connell said.

The book recounts Connell's passionate, emotional journey with Stephan Love, his partner of three years, and the two years that he spent caring for him after he had contracted AIDS. Love, a professional dancer and choreographer, died at the age of 38 in January, 1993, of complications of the disease.

The book was a Cowley Award nominee, which is given by a literary foundation in New Zealand. Connell has a second published work, “A Little Chatter,” which won the 2020 “Indie Reader Award for Best Short Story Collection.” “I loved working with these characters and watching where they took me,” said Connell, who has also written full-length screenplays, including one based on his “Love Story” memoir.

Connell earned a BA in elementary education from Penn State Ogontz (now Penn State Abington, as of 1995) and an MA in counseling psychology at Temple University. He taught for one year at a Catholic elementary school and later became a mental health technician and social worker at the Horsham Clinic, a psychiatric hospital. He also worked as a therapist for two years at the Philadelphia Child Guidance Clinic.

After Stephan's death, Connell moved to Boston because “there were too many ghosts in Philadelphia, hiding around corners and looking at me from empty windows. More than once, a simple walk through town resulted in a crying jag for blocks; our favorite restaurant, the Jazz Dance Center, Bambi's Cleaners in South Philly were just a few triggers … I had to leave this town, or I was going to suffocate.”

In Boston Connell enrolled in the New England School of Acupuncture, a three-year school that had been providing acupuncture for HIV patients. After graduation, Connell was a licensed acupuncturist and began working at Boston's AIDS Care Project. “Without question, it was the best job I ever had,” Connell writes.

“Quite honestly, that clinic saved my life. It gave me, this broken, lost man, purpose — and sanctuary. I am so proud of the work we did there; it was a really special place. We made a huge difference in the quality of life for hundreds of people ”

After 10 years Connell left ACP and opened a private office in Boston where he treated a variety of conditions, including menopausal issues, sports injuries, digestive issues and chronic diseases such as diabetes, Crohn’s, and Parkinson’s.

Connell eventually left Boston and spent 10 years in Puerto Vallarta, a popular tourist destination in Mexico, doing acupuncture and teaching yoga, even though he admits he understands and speaks very little Spanish.

After one of his sisters died, however, Connell came back early this year to this area to be close to his family. He is living with a sister in Ambler, and he recently opened his acupuncture/yoga studio in Chestnut Hill.

For more information: 202-540-0071 or terryconnell.net. Len Lear can be reached at lenlear@chestnuthilllocal.com.