Test results reported over the weekend, after the Christmas holiday, totaled 1,504 cases for four days. For the last day of 2020, the city reported 1,090 cases of COVID-19, marking the week’s highest daily count. 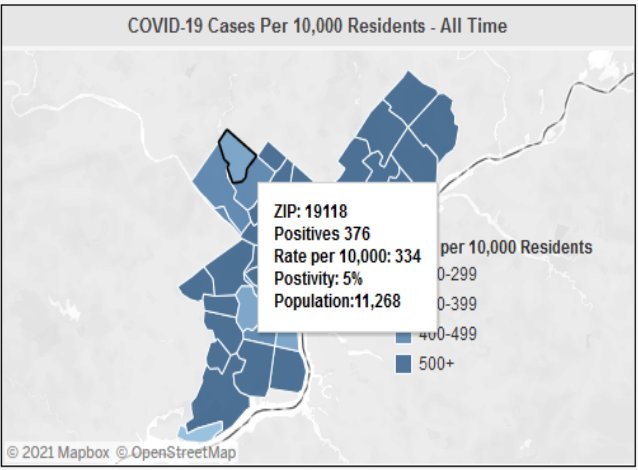 “I have better news today, our cases counts have been falling for the past three weeks,” said Dr. Farley on Tuesday.

Dr. Farley noted that fewer tests were done due to the holiday and cautioned that a surge is anticipated.

“There are still many reasons to be worried,” said the health commissioner. “Our case counts and death rates are still very high, and we know that many people traveled over the Christmas holiday and I’m concerned in their travels that they were exposed to others.”

If a surge occurs due to Christmas gatherings, Dr. Farley expects to see increased case rates at the end of this week, he said on Tuesday.

The city anticipates effects from New Years gatherings to occur at the end of next week. To curb these spikes, Dr. Farley reminded Philadelphia residents of the city’s Safer at Home restrictions, which are in place until January 15 and warned against indoor gatherings.

Philadelphia’s case rates have fallen 41% since November 20 when the restrictions were put in place, according to seven-day average case rate data developed by the commonwealth of Pennsylvania.

“During that same time period, Philadelphia County’s case rates went from being the highest in southeast Pennsylvania region to now being the lowest,” said Dr. Farley. “We see this as evidence that the restrictions are working.”

Thursday’s announcement brings the total number of confirmed cases in the city to 91,746 since the beginning of the pandemic. The city announced 13 additional fatalities, bringing the total number of deaths among city residents due to the virus to 2,449. As of Thursday afternoon, 684 patients with COVID-19 are being treated in the city’s hospitals.

Philadelphia residents can now access vaccine information on the city’s website to observe how vaccination is rolling out. So far, the city has administered 24,390 total first doses of the vaccine. Currently, those receiving the vaccine are in the group of first priority, consisting of healthcare workers who are at highest risk of being exposed and spreading the virus.