Julia Veith (far left in photo), a 2021 graduate of William Penn Charter School, won a world championship last weekend rowing for the USA at the 2021 World Rowing Junior Championships in … 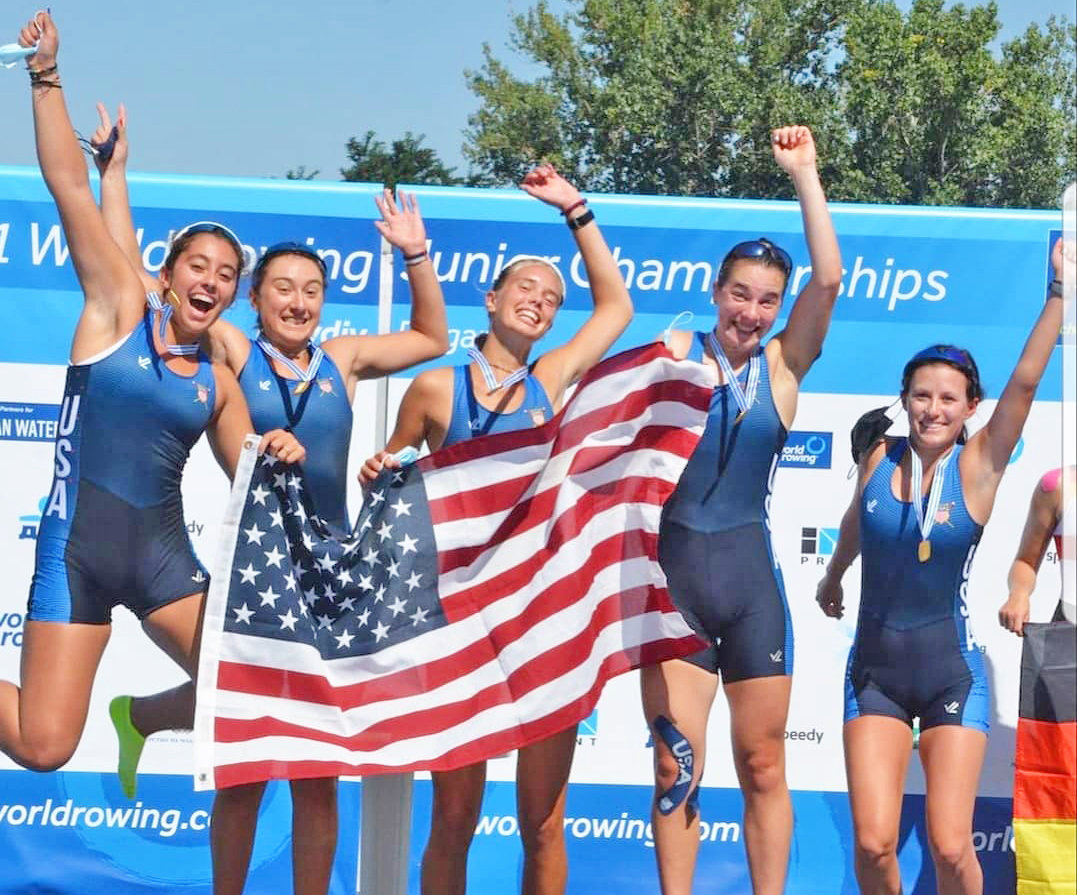 Veith rowed stroke seat in the Junior Women’s Coxed Four that won the gold medal. Italy surged ahead early in the final, but as most of the field receded, the U.S. kept in contact the leaders even while rowing slightly fewer strokes per minute.

The Americans kept gaining, and when they raised their stroke rating to match that of their rivals, they went through the Italians to claim the gold. Down the stretch, Italy had to fight off a late challenge from the German entry to come away with silver. Crews from the Ukraine and South Africa finished after the medalists.

Veith was recruited to row for Stanford University and will begin her studies soon.

A swimmer, she didn’t start rowing until ninth grade, when she joined the Penn Charter crew team. The PC team rows out of Undine Barge Club on Philadelphia’s Boathouse Row.