When the Lantern Theater announced that it would be coming to Mt. Airy’s former Presbyterian Church at the corner of Germantown and Mt. Pleasant avenues, there was at least one issue it didn’t see coming. 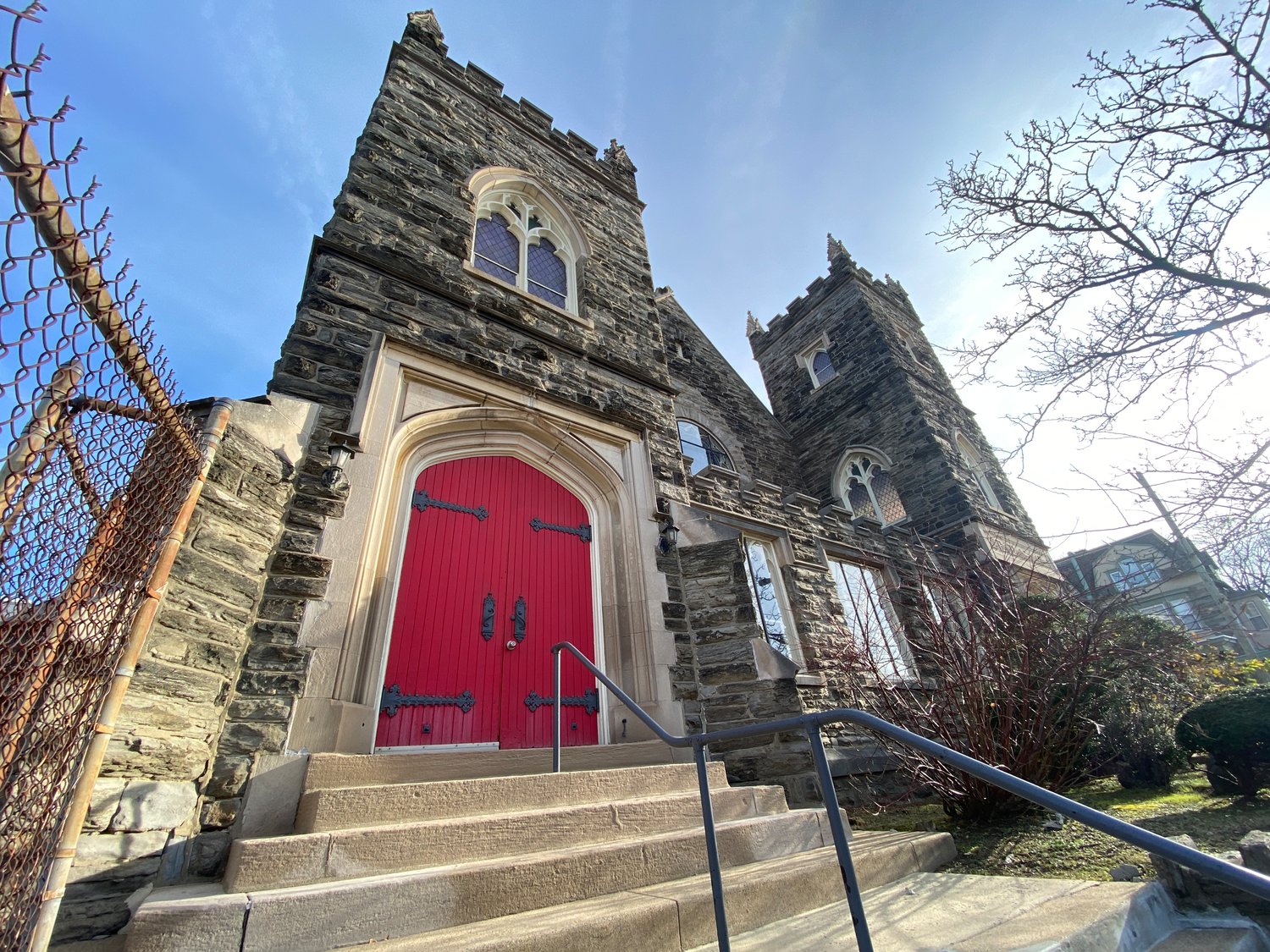 PECO's insistence that this former church on the corner of Germantown and Mt. Pleasant avenues get its own address before upgrading electrical service has thrown a glitch into Lantern Theater's plans to open a satellite location there.
Photo by Tom Beck
Posted Wednesday, November 30, 2022 12:00 am
by Tom Beck

When the Lantern Theater announced that it would officially be coming to Mt. Airy’s former Presbyterian Church at the corner of Germantown and Mt. Pleasant Avenues, there was at least one issue the theater company or its landlord, Philly Office Retail, didn’t see coming.

“As we got closer to starting tenant fit-out on the space we realized that we needed new electrical service in order to increase the air conditioning and heating systems,” said developer Ken Weinstein, president of Philly Office Retail.

In order to provide the necessary electrical upgrades, PECO would need to come to the site and install a new transformer to service the sanctuary area of the church, which Lantern will soon call home. That’s a separate space from the rest of the church, which was recently redeveloped into 19 condos.

Turns out that’s no easy fix. As a result, Lantern has gotten caught in a quirky bureaucratic pickle that could wind up delaying their move.

The root cause of the issue, according to PECO spokesperson Madison Davis, is that in order for the transformer to be installed as per government regulations, electrical service must be provided through a “single delivery and metering point” on the property.

Davis said that PECO assisted Philly Office Retail with upgrading electrical capacity for the section of the building that holds the19 units. But because of the “single delivery and metering point” rule, PECO can’t also upgrade service for the sanctuary unless the developer either hires a licensed electrician to connect the sanctuary to the existing service that is powering the condo section of the building or legally splits the property into two separate addresses. PECO could then provide service to the second address, which would be the sanctuary.

The first option - connecting the sanctuary to the same metering point as the condos - just wasn’t feasible, Weinstein said.

“In order to make that happen we’d have to go through several condos, we’d need permission from the condo association because we’d be disrupting their service, but more importantly we’d have to run the line through two or three condos which would do damage to those units,” he said. “At the end of the day, it was not an option.”

That left Philly Office Retail and its partner on the project, development firm Bancroft Green, with only one choice. The property must be subdivided.

“We’ve been going through this process for almost a year now and we tried every other way to make this work,” Weinstein said.

The subdivision will require a variance from the zoning code, which developers were expecting to be granted as of presstime on Tuesday – with their appearance before the full zoning board scheduled for Tuesday, Nov. 30. The East Mt. Airy Neighbors Association supports the project, and neighbors voted in support of it at a recent community meeting.

So far, the hiccup hasn’t delayed any opening plans for Lantern since the theater company has yet to announce an opening date, although it expects its first performance to take the stage some time in 2024. Lantern’s executive director, Stacy Maria Dutton, said that the company is “excited” about developing its second performance venue in Mt. Airy, which will accompany its main site at St. Stephen’s Theater in Center City.

“We have already moved our administrative offices to Mt. Airy, where we operate in partnership with Philly Office Retail,” Dutton said. “We are looking forward to the opening of the Mt. Airy theater in 2024.”