In the varsity girls' race at the Inter-Ac League's cross country championships last week, history seemed to be repeating itself for Penn Charter. 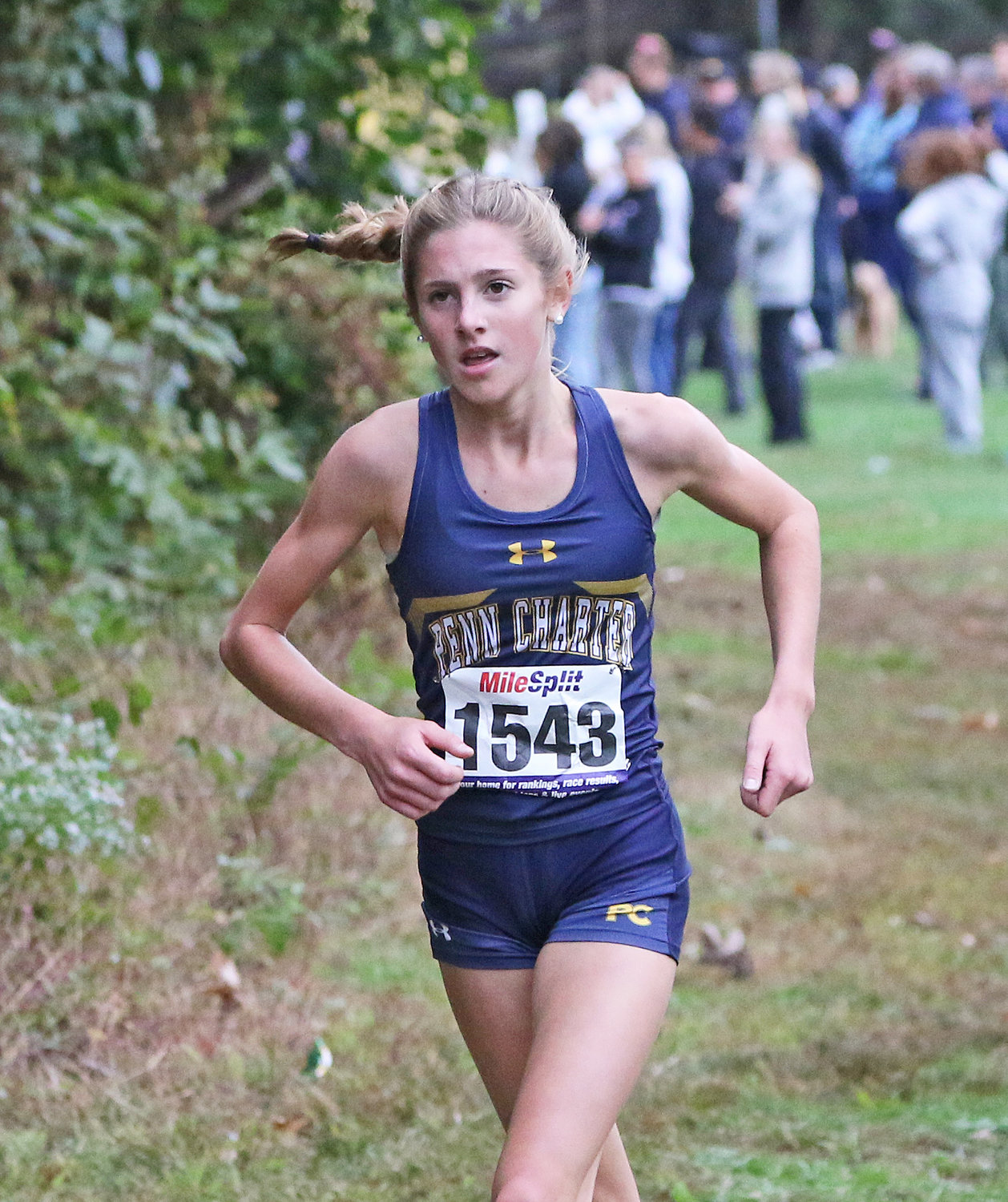 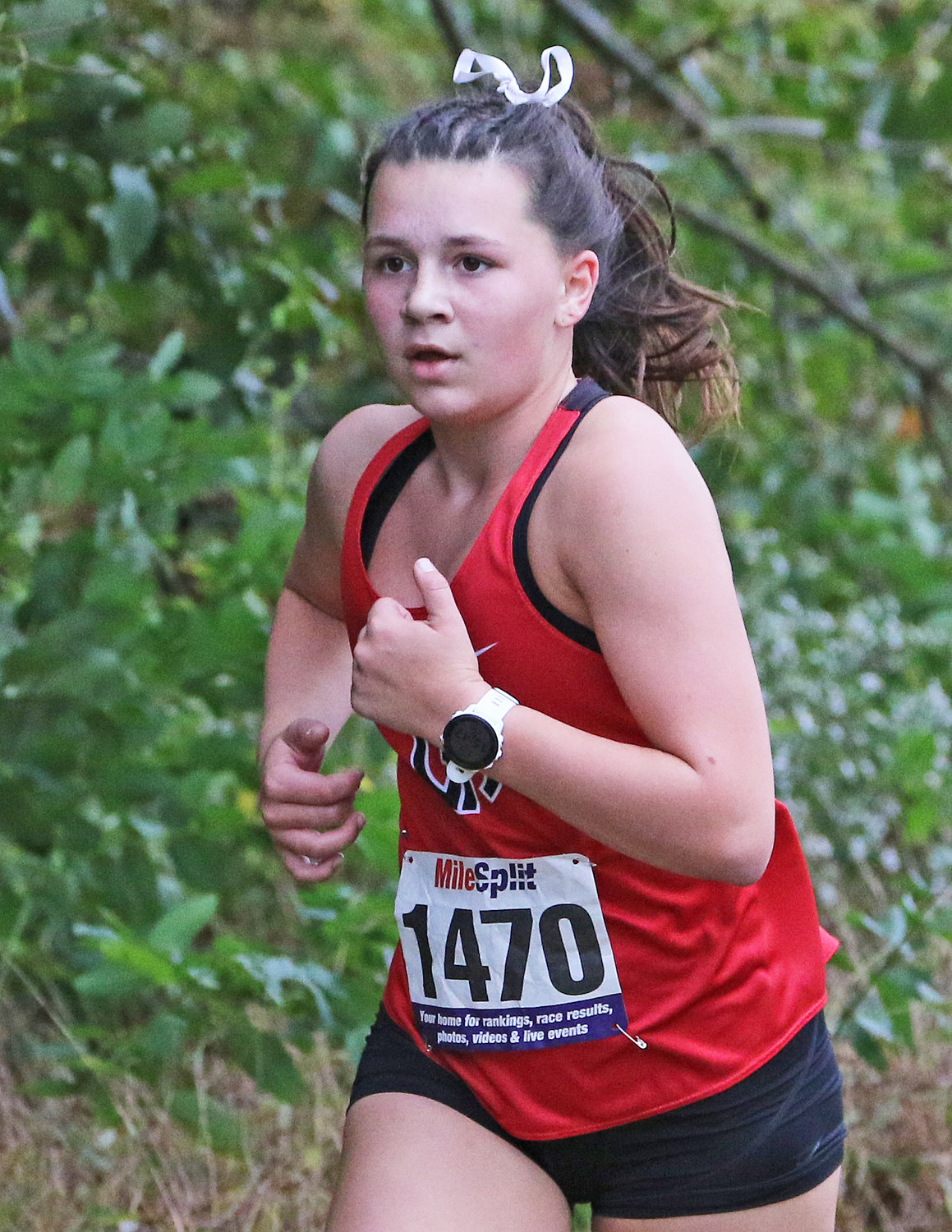 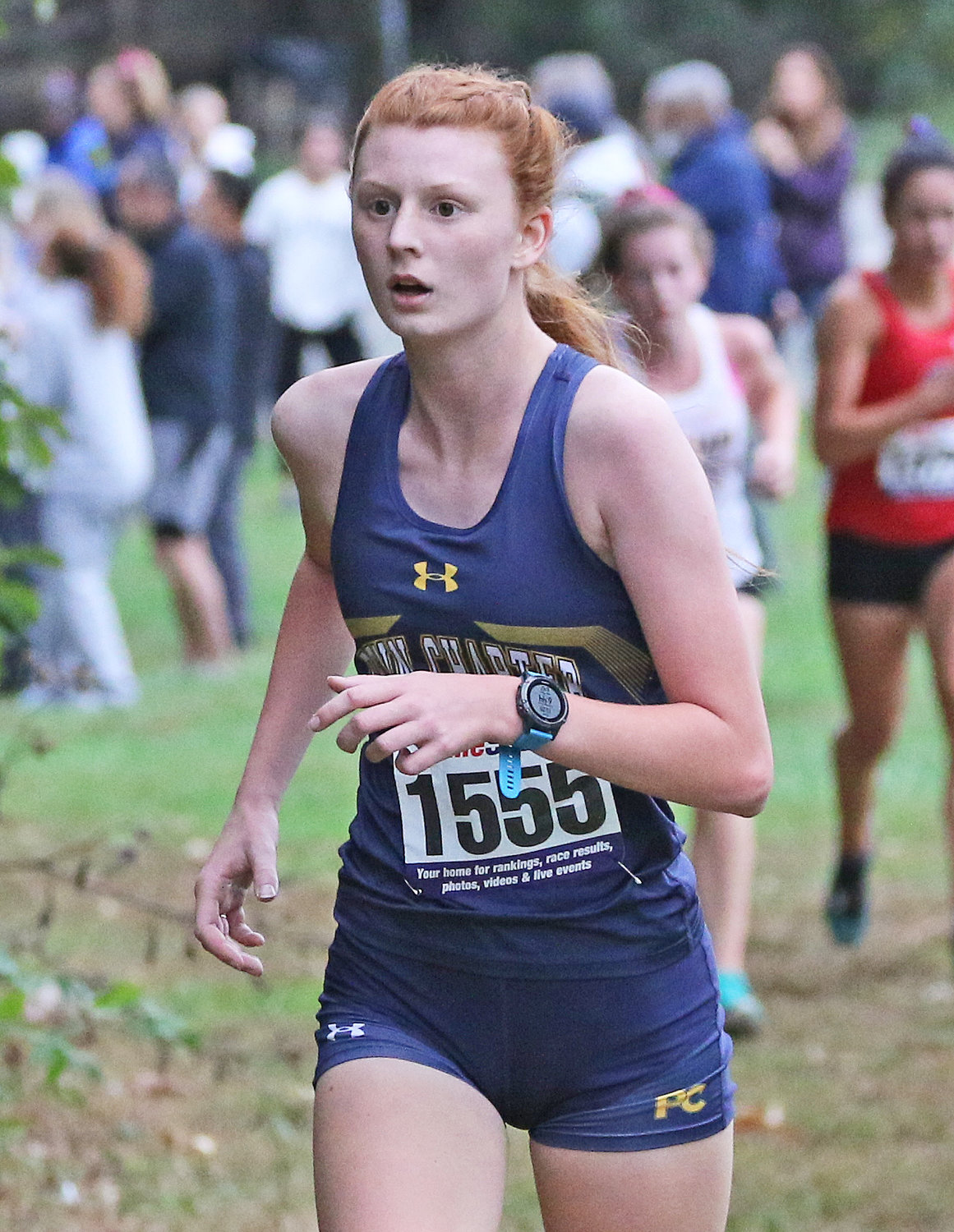 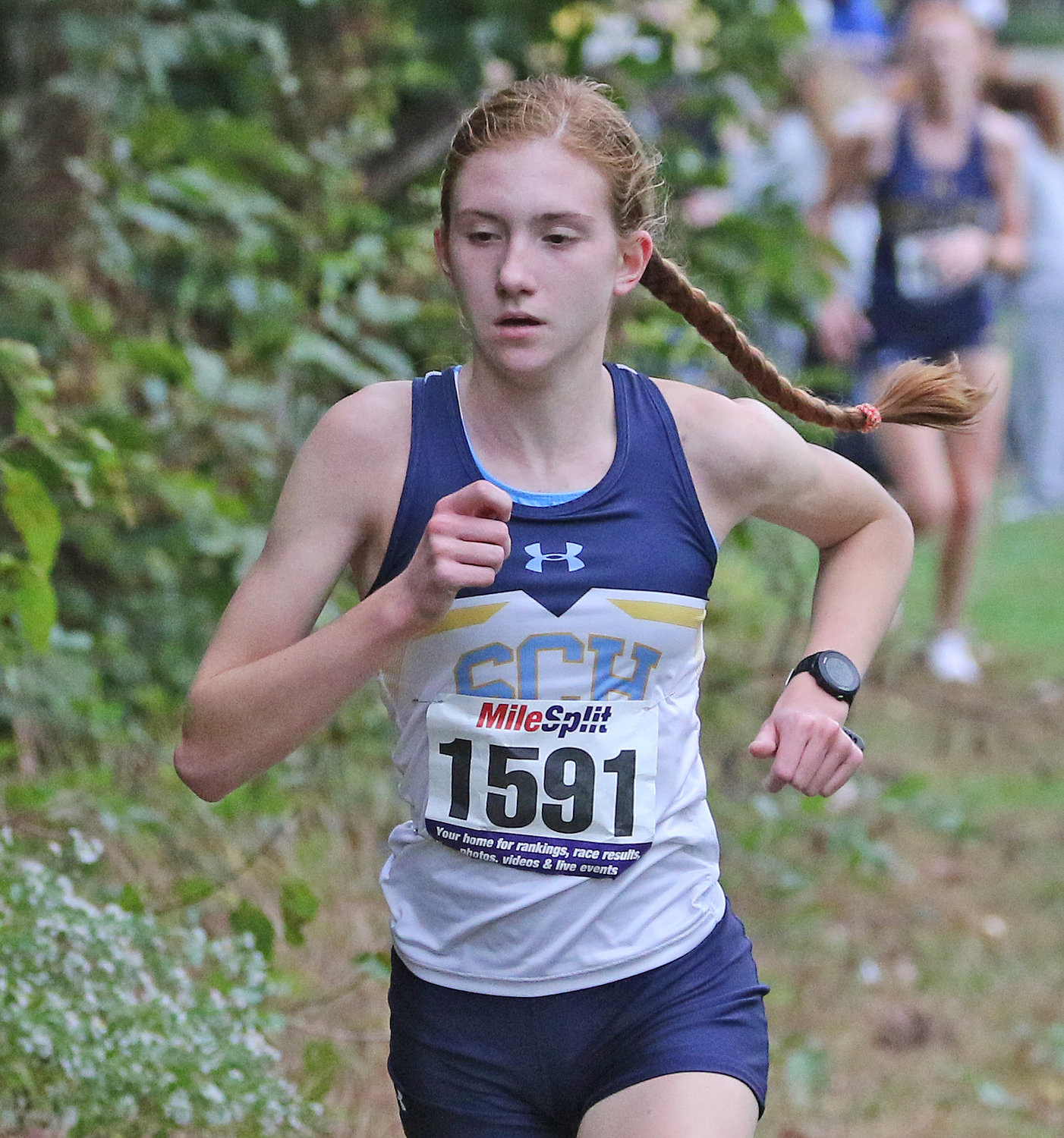 In the varsity girls' race at the Inter-Ac League's cross country championships last week, history seemed to be repeating itself for Penn Charter.

Four years ago a new student at the school, Emma Zwall, won the individual league championship as a freshman. (She would win the following year, as well). Zwall is now a freshman at Brown University, but at Belmont Plateau last Monday another runner who had just joined the Quakers won the 2021 Inter-Ac race.

Alli DiLisi, a freshman from Phoenixville, shook loose from Academy of Notre Dame junior Therese Trainer to finish first in 19 minutes, 30.9 seconds. Trainer arrived second in 19:50.2, and in third place in 20:17.0 was sophomore Veronica Gula of Springside Chestnut Hill Academy.

This locked in PC's team score at 42 points, and the question now was, where would Notre Dame's number five runner rank? After Jaffe came in, Episcopal's Brianna Bellinghieri took away 15th place, but a ninth-grader for the Irish, Chloe Calvert, finished 16th (21:59.0), giving Notre Dame a winning team score of 40 points.

"I always kind of looked up to her," she recalled.

DiLisi said that when she was ready to enter high school, "I wanted to start somewhere new, and the Zwalls said a lot of good things about Penn Charter."

Now, after a few months at PC, she related, "I like it a lot because we have a lot of freedom there. The new athletic building is really cool, and my teammates are really nice; they were really welcoming."

At the league championships, two top-10 finishes had laid a foundation for Germantown Academy, which then had junior Carolyn Connolly place 18th overall in 22:18.5. The Patriots' last two scorers finished close together; sophomore Maggie Morrissey was 22nd in 22:31.2 and senior Olivia Merrill was 23rd in 22:34.4.

In addition to a boost in cross country, Penn Charter will get help from the young DiLisi in track and field. She actually has been participating mostly in middle distance races such as the 400 and 800 meters, although she has experimented with the mile.

DiLisi comes from an athletic family, but the only other distance runner, her younger sister, has given up cross country and is concentrating on the high jump. Her mother was a hurdler and her father played football, while her older brother engages in baseball and basketball. The Penn Charter freshman still plays basketball herself, and has spent time on the softball diamond in the past.

Her winning time last week was a PR at Belmont, more than a minute faster than the effort that netted her second place in the Girls' Challenge race at the Briarwood Invitational back in September. In early October, she placed third at the William Tennent Invitational.

She is dropping her times fairly consistently, and she revealed, "The main things I'm working on is my speed, running hills, and just getting better at running a 5K race."