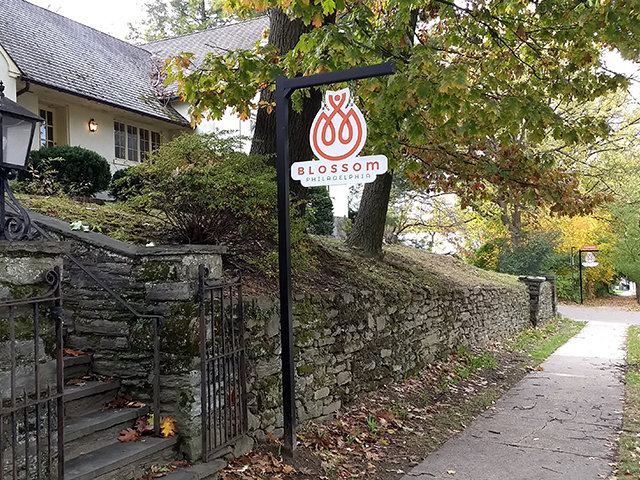 The Pennsylvania Department of Human Services has revoked Blossom Philadelphia’s license to operate community homes for individuals with intellectual and physical disabilities after inspectors found “gross incompetence” at the nonprofit in Chestnut Hill.

Last week the Local published a front-page article about the nonprofit changing its name and affiliation from United Cerebral Palsy of Philadelphia to Blossom Philadelphia. On Oct. 25, the newspaper learned that the DHS had revoked the organization’s license.

Rachel Kostelac, press secretary for the Department of Human Services, said on Oct. 24, that the DHS had issued the license revocation to Blossom Philadelphia.

“The safety and well-being of the people we serve are the priority of the Department of Human Services,” she said. “The agency has the right to appeal the decision within 30 days, and, if they choose to appeal, can continue to operate pending appeal. When a provider is operating pending appeal, DHS conducts unannounced monitoring inspections to ensure, at a minimum, that conditions at the homes do not constitute an immediate and serious danger to the life or health of the individuals served. As of now, we have not received an appeal.”

Paula Czyzewski, Blossom’s chief executive said in a statement, “In the over 70 years since the United Cerebral Palsy of Philadelphia and Vicinity began helping our neighbors with disabilities create the life they want to live we have supported tens of thousands of children and adults and their families and earned renewal each time, every year.

“We are disappointed in the state’s decision, believe it was in error, and look forward to provingour commitment to remaining one of our region’s premier social service support agencies for people with disabilities.”

In May, Blossom announced it would begin outsourcing staffing for its 32 residential groups from Integrity Workforce Solutions LLC, a long-term staffing company based in Haverford. According to an article in The Philadelphia Inquirer, Michele Toy, the nonprofit’s spokeswoman, said the decision was necessary because “residential supervisors had been dedicating over 65 percent of their time to sorting out staffing assignments and coverage, calling on the direct support staff to fill in the overtime gaps.”

Audrey “Dee” Coccia, co-executive director of Vision for Equality, a nonprofit that advocates on behalf of intellectually disabled folks and their families, said she was “surprised and glad” that the state pulled Blossom’s license.

“We hope it sends a clear message to these agencies that they should not subcontract workers,” she said. “Blossom is putting people who have significant disabilities health and lives at risk.”

She and another advocacy group member recently sent an email voicing their concerns over the welfare of an individual they recently visited.

“His hands are contracted, and his nails had not been cut for such a long period of time that they were growing right into his palms,” said Coccia, the mother of an adult child with significant disabilities “The question we all need to be asking is what is going to happen to the people who are being cared for at those group homes at Blossom in the interim? As soon as I heard they were outsourcing staff full-time for their group homes, I was concerned. That is a clear indication that there is a money problem, and/or they can’t find experienced staff.”

The report from DHS listed more than 80 violations since the summer. Inspections in July and August found medications were not administered on repeated occasions. For example, an inspection on Aug. 16, stated that on Aug. 12 a client did not receive four different medications at 8 p.m. as prescribed. Another client was supposed to receive Vitamins A&D ointment at every diaper change, but was only receiving it at the 8 a.m. change.

Another inspection found that “bed linens were dirty with brown stains consistent with feces.” The agency was also cited several times for staff not having documentation of fire-safety or first-aid training or training in how to work with intellectually disabled individuals.

Other violations included water on the floor in the basement, a smoke detector in the hallway that was hanging by the wires, paint peeling on the wall in one powder room, and dirty floors, showers and baseboards.