Composer Benjamin C.S. Boyle will accompany Rebecca Myers on piano in an evening of evocative art songs of the 19th through the 21st century. by Len Lear Nearly everyone in the area knows that … 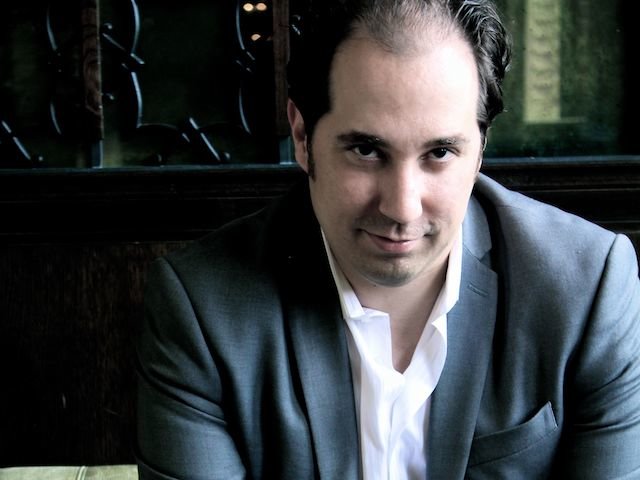 Composer Benjamin C.S. Boyle will accompany Rebecca Myers on piano in an evening of evocative art songs of the 19th through the 21st century.

Nearly everyone in the area knows that Woodmere Art Museum is a wonderful destination to see beautiful paintings, but many may not know that it is also a destination to hear beautiful classical music. For example, on three upcoming Saturdays – Nov. 2, 9 and 16, 5 to 7 p.m. each time – Woodmere will present concerts that are sure to please the community's classical music aficionados.

On Nov. 2, “Women and Virtue: An Evening of Art Songs” will feature Benjamin C.S. Boyle, piano, and Rebecca Myers, soprano, who until recently lived in Chestnut Hill and Mt. Airy for 10 years. Boyle and Myers now live together in West Philadelphia.

“As coincidence would have it,” Myers told us last week, “we live next door to sculptor Viorel Farcas, whose work is currently being displayed at the Woodmere entrance. Benjamin and Viorel have been close friends for a long time.”

Myers and Boyle, who is also a composer, will present an evening of evocative art songs of the 19th through the 21st century, “revealing the choices women have faced throughout the ages.” The program will include music of Benjamin Boyle, Samuel Barber, Gabriel Fauré and Francis Poulenc.

“Given the premise of 'Women and Virtue,'” Boyle told us, “we decided to offer a program that spans four centuries depicting the hardships and hard choices that women have had to face throughout the ages. From the suffering of the Virgin Mary, as described by Purcell and Barber, to the plight of Ophelia and Zelda, through even to Poulenc's depiction of a young girl coming to Paris for the first time, we show the similarities in experience throughout the ages and the depths of that experience.”

Interestingly, Myers told us in an interview last year that musicians used to rely on auditions for jobs, but now they often come from networking and professional connections. Maintaining her own website and accounts on social media like YouTube and Facebook help her connect.

“I feel like I haven't gotten a job from just a cold audition in like five years,'' she said. “If you come and do your job and you're cool, you get referred a lot. 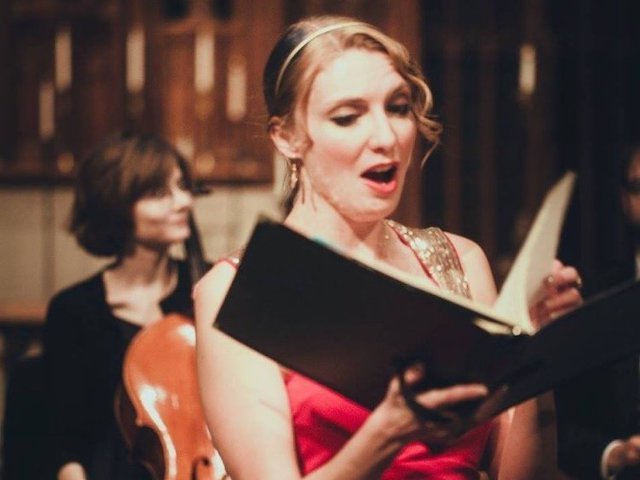 Soprano Rebecca Myers, who until recently lived in Chestnut Hill and Mt. Airy for 10 years, will perform “Women and Virtue: An Evening of Art Songs” on Saturday, Nov. 2, at Woodmere Art Museum.[/caption]

Being a soprano soloist demands more than a heavenly high voice. Appearance is an element of the art, and Myers said one of the benefits of the job is having a reason to buy high-end dresses that qualify for a tax write-off.

“I love that I get to buy fancy dresses and sometimes be fancy,'' Myers said. “That's just part of the job for me.”

When asked last week about other challenges they currently face in their careers, Boyle said, “As a composer, when I work with performers, I might sometimes say, 'Well, at least it's not that difficult.' That is, until I have to play it myself.”

And Myers said, “Through my work with both The Crossing and my own vocal sextet, Variant 6, I've been tasked with performances that truly push the envelope of what is possible vocal or ensemble-wise. But I love the challenge!”

The Nov. 9 concert, “Curtis at Woodmere: Student Program,” will feature Hyun Jae Kim, violin, and Yoni Levyatov, piano. Curtis Institute, a world-renowned conservatory that is completely free of charge to the tiny percentage of applicants who are accepted, is home to some of the most talented young performers of their generation. Many members of the Philadelphia Orchestra are graduates of Curtis. The program of music to be played on Nov. 9 has yet to be announced. Keep checking the Woodmere website.

Interestingly, when asked who has most influenced her, she said, “Figure skater Yuna Kim; I was inspired so much by her hard work, always striving to do better. I could relate closely because figure skating, although it is a sport, has a lot of artistic elements and therefore very similar with music.”

Also unexpected is that when the native of Seoul, South Korea, was asked about her favorite songs, her top four choices were all pop songs, not classical: The Backstreet Boys' “Inconsolable,” Sam Smith's “Stay with Me,” “We Are Young” by fun. and Bruno Mars' “Just the Way You Are.”

The Nov. 16 concert, “Curtis on Tour: Winds & Strings,” will feature lecturer David Serkin Ludwig and seven Curtis musicians. The evening will begin with a lecture about Beethoven and his Septet in E-flat major by Ludwig, chair of composition studies at Curtis, followed by a complete performance of the work.

For more information, visit WoodmereArtMuseum.org. Len Lear can be reached at lenlear@chestnuthilllocal.com