It should come as no surprise that a Rob Reiner-directed … 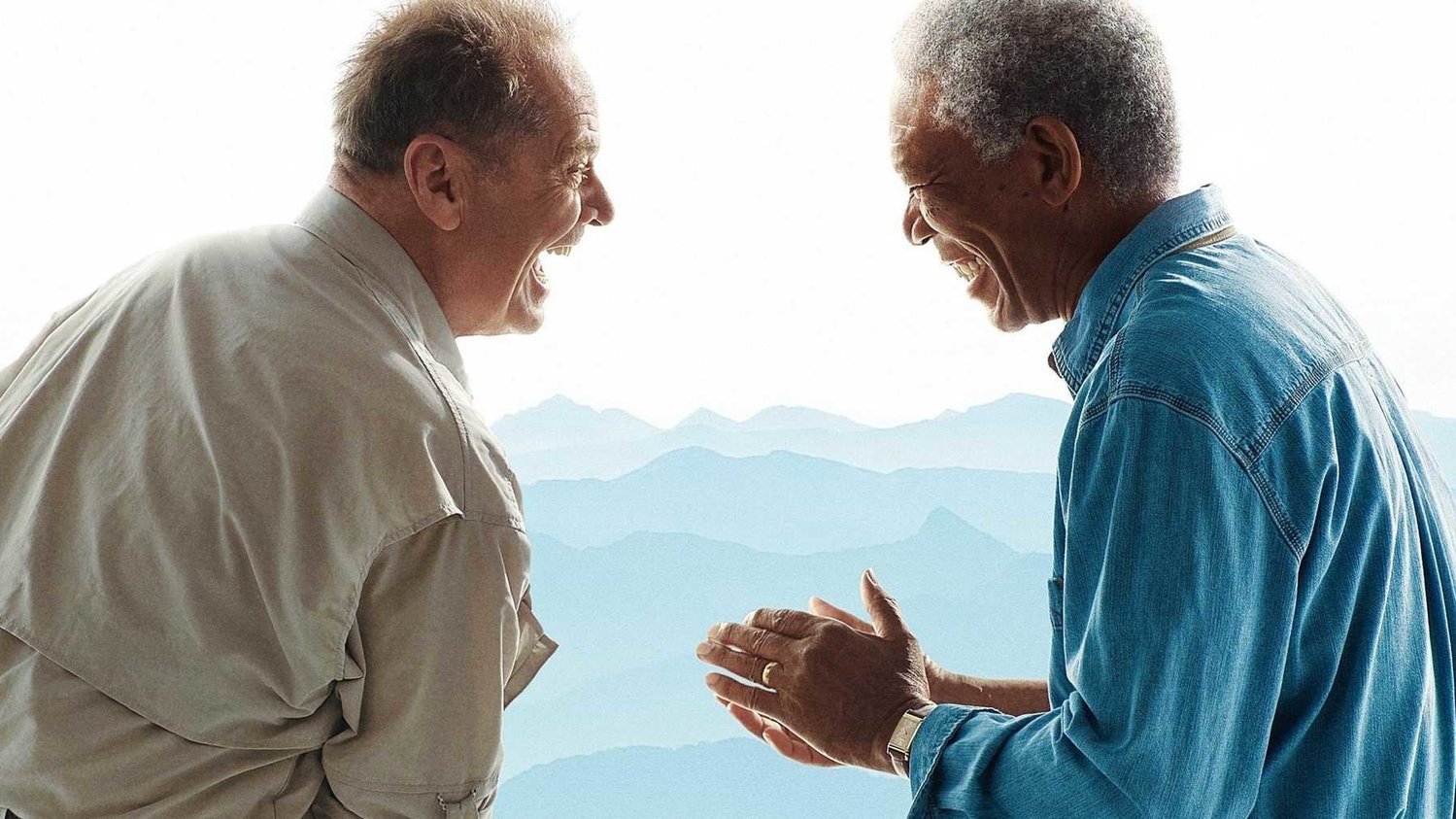 It should come as no surprise that a Rob Reiner-directed film should sparkle.

After all, The Artist Who Used To Be Known As Meathead has on his resume “This is Spinal Tap,” “Stand By Me,” “The Princess Bride,” “When Harry Met Sally,” “A Few Good Men” and “The American President.”

Well, make room for “The Bucket List” (2007), a lots-of-laughs-lots-of-tears-couple-o’-gaffes-but-lots-of-cheers dramedy.

Freeman is a cerebral auto mechanic, a husband for nearly half-a-century, and the father of three.

Nicholson is the four-times-divorced billionaire owner of the hospital that the men are in, with no one visiting him as he goes through chemotherapy but his highly efficient assistant (Sean Hayes).

Bound together by their imminent demise – which, to be sure, has a way of focusing the mind -- this odd couple, one wise and grounded, the other wild and grumpy, bond and decide to hit the road, where they intend to live out the fantasies they’ve added to their titular before-we-die to-do list.

This does not sit well, understandably enough, with Carter's wife (Beverly Todd), who voices her displeasure to both of them.  But they go despite her protestations, heading out for a season of skydiving, car racing, and safari trekking – with visits to the Taj Mahal, the Himalayas, the Great Wall of China, and the Pyramids of Egypt.

Money is no object, needless to say, thanks to old king Cole's bottomless pit of a bank account.  And there will be corners turned, bridges burned, loved ones spurned, lessons learned, and class adjourned.

Reiner doesn’t shy away from tear-jerking uplift, but his gifted actors provide just enough of an edge to render the tale palatable, moving, and cathartic.

There's no acting stretch on tap for either of these two consummate screen thespians, and the thought occurs that it might have been even more of a kick to see them taking each other’s roles.

That said, however, they certainly seem to relish their juxtaposition – you might even say that they have obviously been, um, dying to work together – as much as we enjoy seeing the two of them in tandem for the first time.

One could carp about a few of the overly bouncy action sequences or unconvincingly cheesy tourist-attraction shots.

But why bother?  After all, the special effects and natural wonders on display here are Nicholson and Freeman.