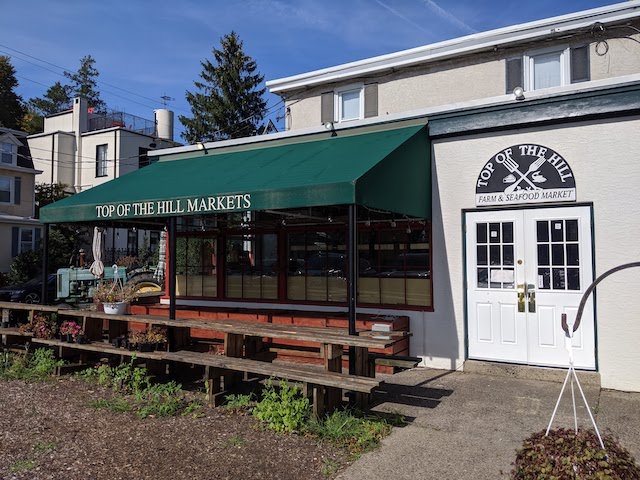 Top of the Hill Market (Photo by Pete Mazzaccaro)

The Top of the Hill Market and Café at 186 E. Evergreen Avenue has evidently closed for good. The owners of the café have not returned calls to confirm the closing of the well-regarded market, which has not opened its doors in at least a week according to regular customers who spoke to the Local.

The market’s troubles appear related to numerous health code violations dating back for more than a year. On Aug. 27, a health inspection resulted in a cease-operations order that closed business down until an Aug. 30 re-inspection allowed it to reopen. The violations that closed the business included numerous food storage issues and the presence of mouse droppings, and even a bug zapper in a cooking area.

The Philadelphia Business Journal reported this week that Trolley Car Diner owner Ken Weinstein had come to terms with local developer Blake Development over the sale of the diner property. Weinstein announced earlier this month that he planned to close the diner on Oct. 15.

Blake Development, which has restored old homes and built several new ones in Chestnut Hill, is interested in a mixed-use plan for the site according to the Business Journal.

“The developer is proposing to build a five-story building that would have 20,222 square feet of retail space and 60 residential units at 7619 Germantown Ave.,” the Business Journal reported. “The property is zoned CMX-2 and would allow for a project of this scope.”