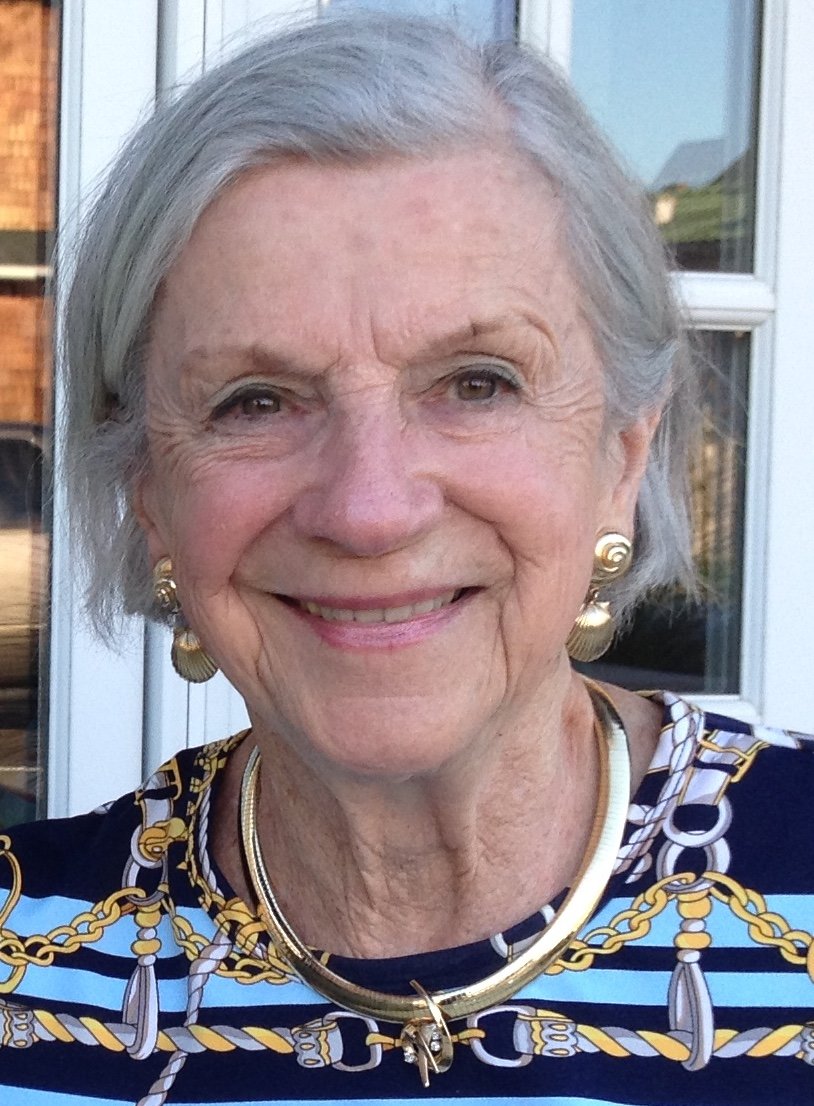 Nancy Lang Boyer, oil and pastel painter, passed peacefully at the age of 94 on December 17 at home in Chestnut Hill, Philadelphia, where she lived during the past four years, across the street from one of her
daughters.

Boyer took to art while at the George School in Bucks County and pursued her passion at Bradford Junior College in Massachusetts, graduating in 1946. After a year at Moore College of Art in Philadelphia, she married the late Boyertown native, James K. Boyer, in 1948. The couple moved to Boyertown in 1955, where she spent 60 years living in the house she and Jim built.

Boyer’s painting style took off in 1972 when she began lessons with Boyertown artist Nelson Grofe. Boyer described Grofe in 1989 to free-lance journalist Holly Green as “an unsung genius, a most unusual, giving person.” Under his tutelage, she first focused on still life and then portraits. Early works of her children led to commissions, and Boyer relished an inherent tension: “You want to please the sitter but also want an interesting, painterly piece,” she told Green.

Boyer joined Reading’s Berks Art Alliance where she developed enduring friendships with many of the artists who attended the Thursday morning sessions.

Wanting to test her own mettle, Boyer started to enter juried shows which rely on independent critics as gatekeepers.

“I think juried shows are the way to go,” she told Green. “There’s approval put on your work or rejection. It helps give you the impetus and discipline to continue experimenting.”

That feedback led her to pivot from portraits to landscapes, which she believed audiences found more interesting. Then, in 1984, a broken ankle led to a second, careerdefining change from oils to pastels, which – unlike oils – did not require heavy gear. After a workshop led by New England artist William Schultz, Boyer’s style further evolved. She used sandpaper as a canvas – leveraging the wide variety of patterns offered by that background – and loosened her stroke. Her colorful and whimsical landscapes evoked emotional responses from viewers and garnered her top prize at the Pennsylvania State University Nittany Lion Show in 1989, and admission to the Pastel Society of America in New York City and the Yellow Springs Art Show in Chester Springs.

Perhaps saving the best for last, Boyer depicted a country road bordered by cypress trees and leading to a sunset in the style of Vincent van Gogh shortly after her husband’s untimely death in 1991, at age 66. She titled it “The Juggler of Day is Gone” after Emily Dickenson’s poem of that name. Her family realized too late during an art exhibition at the Hill School that the painting had been sold. Anonymous attempts to recover the painting from its owner at two, three and four times the sales price were both unavailing and affirming of Boyer’s pastel prowess.

Born in the Chestnut Hill Hospital in 1926 to Walter Berlinger Lang (General Manager of Bethlehem Steel), and Eva Harting Lang, Mrs. Boyer, and older brother Harold Cupit, and younger sister Dorrie (Balderston) grew up in Steelton, Pennsylvania. Boyer loved the deep connections to community that came from 60 years of living in Boyertown. In 2005, she established the James K. and Nancy Lang Boyer Fund, which supports Boyertown area civic projects and programs as part of the Berks County Community Foundation. In addition to the BCCF, Boyer supported other community projects and organizations including: Building a Better  Boyertown, The James K Boyer Library, Studio B, The Hill School, Planned Parenthood, among others.

Known for her kindness, devotion to friends, impish sense of humor, and generosity of spirit, Mrs. Boyer’s deep engagement with art and community matched her boundless love for her family, especially grand and great grandchildren.

In addition to her sister Dorrie Balderston, Mrs. Boyer is survived by her daughter Patricia L. Boyer and her husband John Rorer, her son James K. Boyer Jr. and his wife Pamela (Schwartz), her son Walter Boyer and his wife Pat (Potocki), her daughter Mary Ann Boyer and her husband Chris Hall, six grandchildren, and three  great-grandchildren. A cadre of wonderful caregivers from Philadelphia, led by Kathy Powers of Bally, and ably supported by Dick and Ginny Hoppes of Boyertown, made it possible for Mrs. Boyer to pass peacefully in her home surrounded by family and her beloved dog, Chico.

A private burial will take place. In lieu of flowers, memorials may be given to Berks County Community Foundation, bccf.org.