Mt. Airy jazz cabaret singer Gemma Sherry made history earlier this year, you might say, although it was in a way she would never have chosen voluntarily. 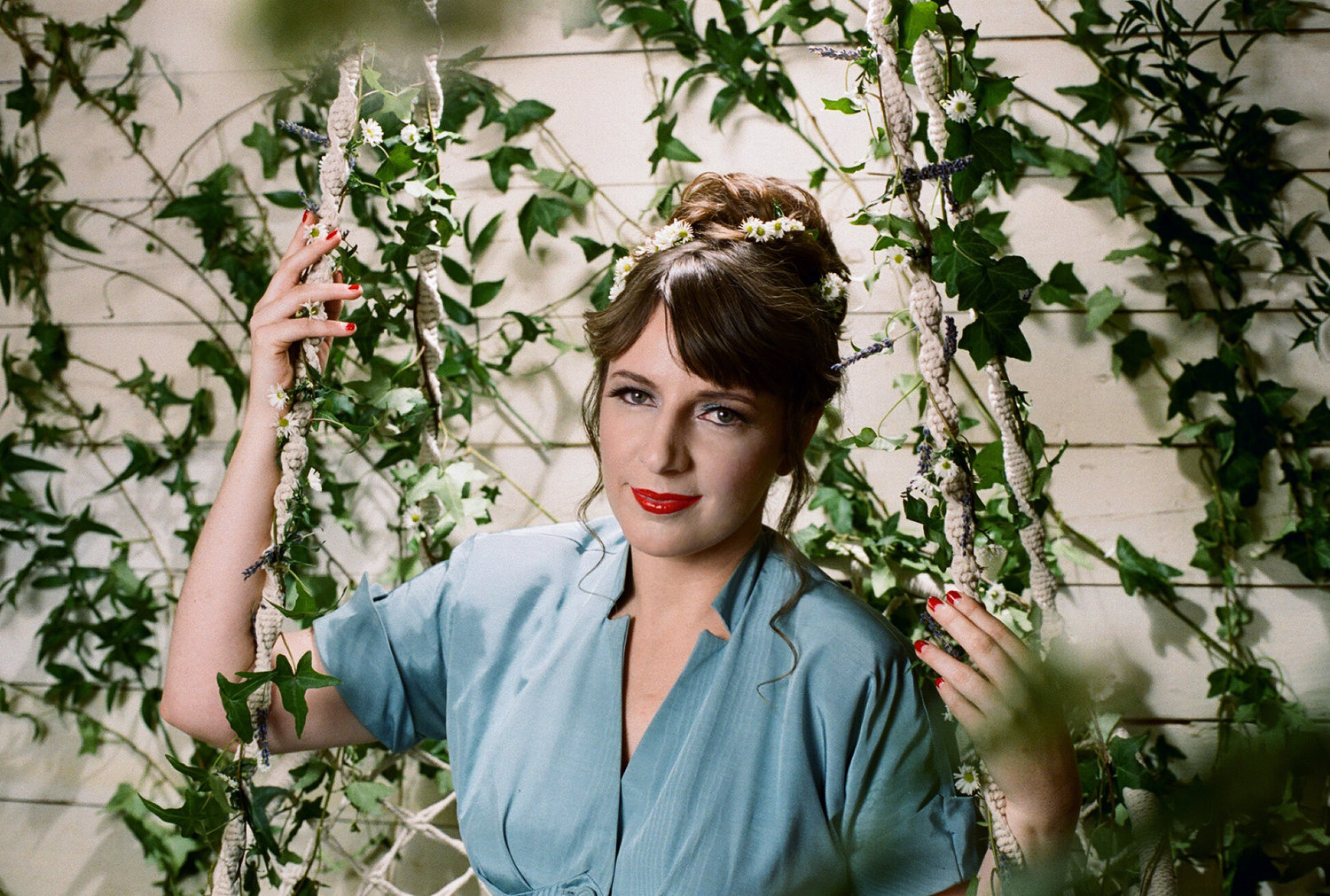 Mt. Airy jazz cabaret singer Gemma Sherry made history earlier this year, you might say, although it was in a way she would never have chosen voluntarily. Gemma, who is originally from Castle Main, a small town in the Australian outback not too far from Melbourne, “where everybody knew everybody,” was the last singer to perform at Paris Bistro, next to the Chestnut Hill Hotel, in March before the restaurant/jazz club closed because of the pandemic.

“I loved performing there and was hired to play there again in April,” Gemma, 30-ish, said last week. “I am a hugging person, and after the last show I was about to hug this man when he pulled away. He said he had to keep his distance because of the coronavirus. That was the first time I heard anything about it. It was devastating. And now I heard Paris Bistro just closed for good. That is so sad!”

Gemma, who is also an accomplished saxophone player, left her home in Australia eight years ago and came to New York “because that’s where so many jazz greats have been.” Back home Gemma taught music in school, had her own “acid jazz funk band” with her brother and was a child librarian.

After moving half-way around the world to New York City, Gemma lived in Harlem for five years, followed by three years in Brooklyn. “I shared a room with four people at 145th Street in Harlem,” she said. “The town I grew up in Australia was all white, but there were very few whites living in Harlem. I loved living there. Everybody was so nice to me that I felt right at home.”
Gemma taught first grade in Harlem and later second grade and kindergarten in Brooklyn. “It was very rough; I wasn’t ready for it.” She also worked as director of music licensing for a music company, enabling her to travel to Los Angeles once a month, and she earned a master’s degree in special education at City College of New York.

After the pandemic forced Gemma to cancel upcoming gigs, including a tour of cities in Australia in May and June to promote her first jazz album/CD, “Songs I Love” (recorded in England), she was teaching online classes for Germantown Friends School pre-school children. Currently she is running a “pod school.” Three families in the area hired her to come to a house four days a week to teach their children — two 5-year-olds and two 7-year-olds. Gemma created the curriculum, which includes art, music, dancing, singing, reading and walking in the Wissahickon Park woods.

She also recorded an EP of Bossa Nova songs in May.

Due to all the stress of the pandemic, Gemma was inspired to record a new album/CD of “happy music, which we all desperately need.” So Gemma started a Kickstarter campaign with a goal of $15,000. About 100 people contributed to the campaign, and Gemma reached her goal.

As a result, she recorded the album recently at Rittenhouse Soundworks Studios in Germantown with local musicians and technicians. Called “Let's Get Serious,” it will be released Dec. 4. It's an album of upbeat songs, some of them little-known, from the 1940s and '50s “that will hopefully bring a smile to people's faces,” such as “Straighten Up and Fly Right,” “The Alley Cat Song,” “Whatever Lola Wants,” etc.

“Rittenhouse Soundworks was a really wonderful place to record the album.” said Gemma, “and Jim Hamilton (the owner) is a really lovely person.”

So how did this audacious Aussie wind up in Philly? She met and married a resident of Washington, D.C., in May of 2019. (Sherry requested that his name not be mentioned.) They decided to live someplace between New York and D.C. “with lots of trees.” So they came to Philly and looked at several neighborhoods.
The jazz singer/saxophonist and her husband wound up purchasing a house in Mt. Airy, and they fit into the neighborhood like a robin in springtime. “We love the area,” said Gemma. “It is like my home town with friendly people, events on the street, a real community, a hidden secret. My mom and dad visited us here before the pandemic and loved it. I cannot imagine living anywhere else in America.”

For information or purchase of Gemma's albums, visit gemmasherry.bandcamp.com. CDs, vinyl and digital versions are available. Len Lear can be reached at lenlear@chestnuthilllocal.com