“I had a tough emotional childhood,” she said, “and I have been in therapy for many years. Other kids seemed to have more emotional and social well-being than I did.” 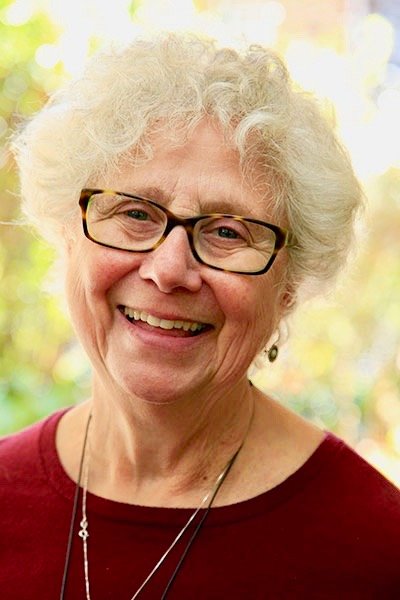 Mt. Airy's Tamar Jacobson is an expert in early childhood education who insists, “If we were nicer and kinder to children, there might not be a need for so many self-help books.”
Keith R. Dupont
Posted Thursday, January 13, 2022 6:00 am
by Len Lear

Although you'd never know it from her bubbly personality and terrific sense of humor, Tamar Jacobson says that her choice of career was a direct result of her difficult childhood.

“I had a tough emotional childhood,” she said, “and I have been in therapy for many years. Other kids seemed to have more emotional and social well-being than I did.”

Jacobson, who has lived with her fourth husband, Tom, for 12 years in Mt. Airy and five years in Chestnut Hill's Cherokee Apartments before that, has a Ph.D in early childhood education, has been training teachers of young children for many years and has written three highly-praised books, “Confronting Our Discomfort” (Heinemann, 2003), “Don’t Get So Upset!” (Redleaf Press, 2008) and “Everyone Needs Attention: Helping Young Children Thrive” (Redleaf Press, 2018). She is also a consultant for several early childhood programs and organizations.

As one book reviewer wrote, “Jacobson knows whereof she speaks. Growing up Jewish in the former colony of Rhodesia, she is in a unique position to challenge us with her disquiet, move us with her perspective and change our ideas. What's more, she guides us along the tricky path towards an anti-bias curriculum, showing us how to see our own shortcomings, stop the perpetuation of negatives … ”

In an interview with the Local last week, Jacobsen said she was born to a 55-year-old father who did car upholstery, in Rhodesia, southern Africa, which became Zimbabwe in 1980 after years of civil unrest.

“Children have been taught by many teachers and parents to be too hard on themselves,” Jacobsen said.  “The mindset is that this will help them succeed, but it actually has the reverse effect. How we were disciplined as children affects how we do it ourselves later in life. There are so many self-help books out there now, but if we were nicer and kinder to children, there might not be a need for so many self-help books.”

At age 19, Jacobson left Rhodesia, which had a policy of apartheid similar to that of South Africa. “I wanted freedom for blacks, although many whites were afraid that if blacks got their freedom, they would kill the whites. The situation there was not only bad for blacks but also bad for whites who had compassion.”

Jacobson then spent 20 years in Israel, where she was a preschool teacher with the Israeli Ministry of Education. There she met a professor from the University of Buffalo who encouraged her to go and study at that school. She only had an associate's degree in Israel, but after leaving for Buffalo in 1988, she went on to finish her bachelor’s degree and proceeded to earn a master’s and a Ph.D in early childhood education. After spending 10 years in Buffalo, where she had also become Director of the University at Buffalo Child Care Center, she moved to Philadelphia when her husband was recruited to teach at Temple University.

“I loved Israel,” said Jacobson, who was a preschool educator in Hebrew and also understands French. “I always felt right at home there, although I did not like the government's position on the Palestinian issue. I believe in a two-state solution.”

In Buffalo, Jacobson trained early childhood teachers. “I laughed my head off when I came to Philly, and people here would tell me about their big snowfall, and it was a couple of inches. We regularly had feet of snow in Buffalo.”

Regarding her four marriages, Jacobson said with a laugh, “The first and fourth were the best. The other two were foolish.” (Tamar and Tom have been married for 27 years.Tom is a professor of communication at Temple University's Klein College of Media and Communication.)

Jacobson retired two years ago as a professor in the Department of Teacher Education at Rider University when she turned 70, but she still does workshops on Zoom for professional development. She recently made an op-ed on “Everyone Needs Attention” for NBC News that went viral. Jacobson has received numerous awards from professional organizations.

Tom and Tamar lived in a single house on Lincoln Drive between Hortter and Greene for 12 years but downsized dramatically and moved into a condominium near Weavers Way in Mt. Airy in April of this year. “We had heard that Chestnut Hill and Mt. Airy were both very nice places to live, and that turned out to be true. I like being so near the co-op and also go to the one in Chestnut Hill almost every week. I love them.”

Jacobson has one son, Gilad Barkan, a jazz pianist who lives in Connecticut.

For more information, visit tamarika.typepad.com/tamar_jacobson/ Len Lear can be reached at lenlear@chestnuthilllocal.com