Sarah Ribner (right), who grew up in West Mt. Airy, and her best friend, Jess Edelstein, saw the sales of their product go into the stratosphere after appearing on ABC’s “Shark Tank.”[/caption] … 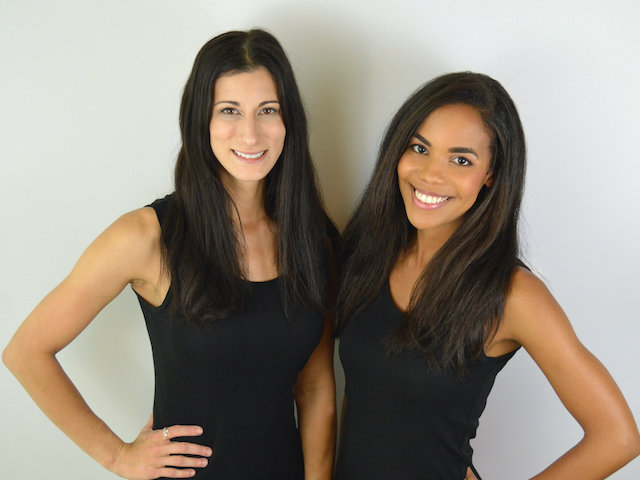 Sarah Ribner (right), who grew up in West Mt. Airy, and her best friend, Jess Edelstein, saw the sales of their product go into the stratosphere after appearing on ABC’s “Shark Tank.”[/caption]

When my wife and I watched the first episode of “Shark Tank” on ABC 10 years ago (Aug. 9, 2009, to be exact), we were both convinced it would be a big hit. I might have made some bad predictions in my time, but we were right on the money (BIG money) on this one. “Shark Tank” has shown 230 episodes, is still going strong with new ones, and for real junkies, there are a few reruns every night on CNBC.

For those few lost souls who have not heard of the show, budding entrepreneurs get the chance to bring their dreams to fruition. They present their ideas to the “sharks” in the tank — five multimillionaires and billionaires who made their own dreams a reality and turned their ideas into lucrative empires. The contestants try to convince any one of the sharks to invest money in their idea. When more than one of the sharks decide they want a piece of the action, a bidding war can erupt, driving up the price of the investment.

We were recently watching a “Shark Tank” rerun and noticed two young women tell the billionaire “sharks” about their fledgling company, PiperWai, which makes an all-natural charcoal-infused deodorant.

The two women were Sarah Ribner, 30, who grew up in West Mt. Airy (where her parents still live) and graduated from Friends Central High School, and Jess Edelstein, 31, who grew up in Lower Merion and graduated from Lower Merion High School. After pitching their product, one of the “sharks,” New York real estate mogul Barbara Corcoran, agreed to give the duo $50,000 in return for a 25% stake in their company. The two ambitious young women have been close friends since meeting in the fourth grade.

After appearing on the nationally televised show in December, 2015, Ribner and Edelstein spent nearly a year negotiating all the details of their offer from investor Corcoran. In the end, it just didn’t work out, Ribner told WellInsiders.com. “By that point, so much time had passed that both parties were ready to part ways.” 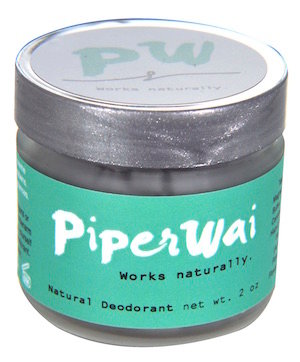 One of the remarkable things about this hugely successful all-natural product is that its creator, Jess Edelstein, is not a chemist. In fact, her degree from the University of Pittsburgh is in psychology and theater.

When I connected with Ribner for an earlier phone interview, I discovered that the entrepreneurial pair have hit a grand-slam home run because of the “Shark Tank Effect.” That is the phenomenon of a small business completely exploding overnight after appearing on the TV show, often resulting in a temporary back order of the product.

“We were both putting in 40 to 50 hours a week on PiperWai even before Shark Tank,” Ribner told me. “Jess is the mastermind behind the formula. It took her eight months of trial and error. I was 16 months into the business. We then worked with chemists to extend the shelf life and perfect it. We sent out 2,500 samples.

If that $1 million sounds like a lot of money, it was just an appetizer. According to Forbes, the company grew 6,000% in the year after their “Shark Tank” appearance, and 2017 revenues were estimated at $5.9 million. Forbes has also put them in their top “30 under 30” entrepreneurs in the U.S.

When they appeared on the show, Edelstein was selling real estate part-time in Center City, and Ribner had one more semester before earning her MBA from Columbia University.

The obvious question that people ask after learning about this story is: how on earth did Edelstein and Ribner come up with the idea for this product, and what makes it different from the countless other deodorants on the market? The answer: Edelstein was bothered by the yellow stains her antiperspirant's aluminum content caused on a cherished blouse, so she decided to make a change in her underarm regimen.

However, “I couldn't find a natural deodorant that worked,” Edelstein said. “Everything already on the market either irritated my sensitive skin or didn't work at all, so I decided to make my own.”

Edelstein is not a chemist (her degree from the University of Pittsburgh is in psychology and theater), but after months of research and trial and error, She gave the resulting deodorant concoction to Ribner to try on a service trip to South America.

Edelstein and Ribner say that PiperWai (about $11 for a two-ounce jar) is a natural deodorant made without harmful ingredients like parabens, aluminum and synthetic fragrances. They insist that this charcoal deodorant, with its crème texture, is 100% natural and forms an invisible shield on underarms that neutralizes odor and protects your clothes from perspiration.

One day in late 2013, Ribner called Edelstein on Facetime from Guyana's burning hot tropical climate and said, "It's a million degrees here, and this deodorant you gave me is working. We need to sell this because it will change people's lives.”

The two young women then started the company with a $2,000 loan from Edelstein' parents early in 2014. In June of 2015, they also raised about $28,000 in an Indiegogo internet campaign. At first they made batches of the product by hand and put it into jars at a facility in Kensington. They also wrote out each label by hand. As they began to sign up brick-and-mortar stores to carry the product, however, they turned over production to a cosmetics facility in Conshohocken.

The name PiperWei is a combination of the WaiWai tribe that Ribner met while working on a service project in Guyana and Piper, the name of Edelstein's dog.