Top teams know how to close out a game, as the Mount St. Joseph Academy volleyball team found out on a Saturday morning visit to Plymouth Whitemarsh High School. 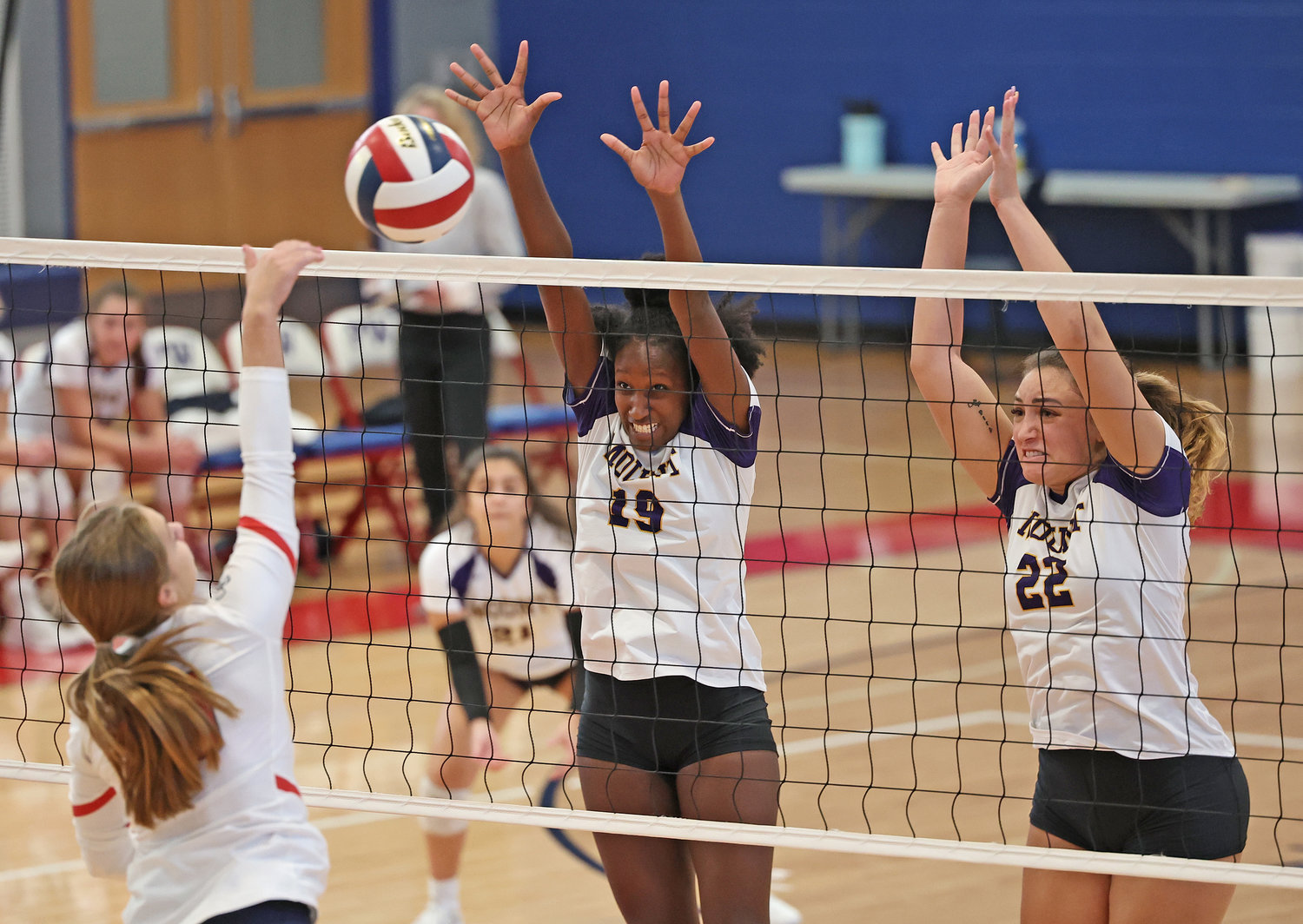 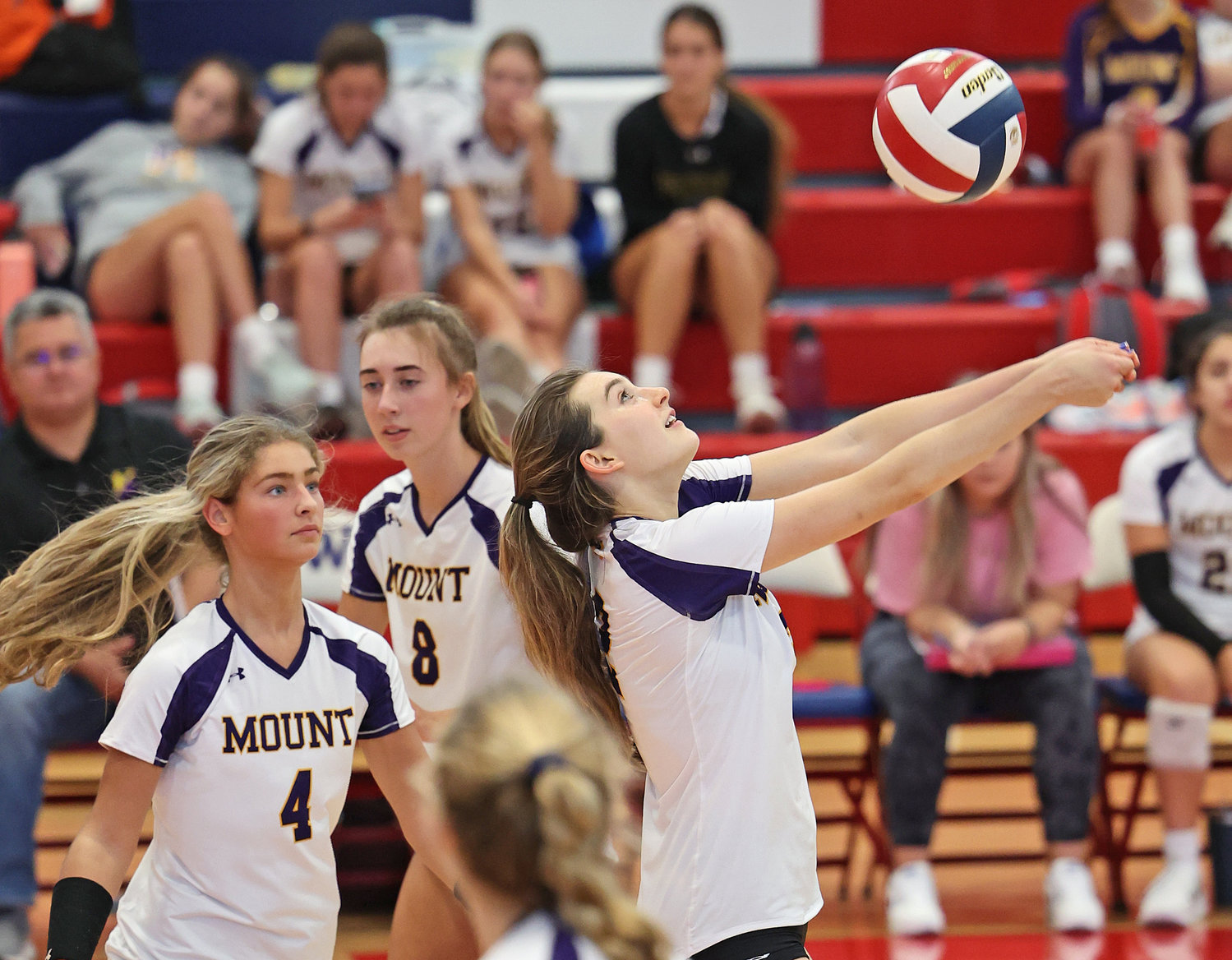 Top teams know how to close out a game, as the Mount St. Joseph Academy volleyball team found out on a Saturday morning visit to Plymouth Whitemarsh High School.

The visiting Mounties held their own throughout the match, even leading a number of times. In the end, though, the Colonials pulled out a 3-0 victory, winning each of the three sets by a score of 25-22. Plymouth Whitemarsh remained undefeated at 9-0, while the Mount Magic came away with an overall record of 7-4.

The Mount had defeated Lansdale Catholic the previous day in another non-league contest. Within the Athletic Association of Catholic Academies, the Magic were 2-2.

On Saturday, a conflicting Mount Robotics event took starting senior Taylor Montgomery out of the line-up, along with another player. Montgomery's sophomore sister, Lauren, was an able replacement at middle hitter.

With junior Gillian Manas at the service line, the Mount started the match with a 4-0 run fueled partly by PW errors. The Colonials caught up at 7-7, then MSJ senior hitter Daphne Mond got into her swing and helped the visitors move in front again, 14-9.

A little later, the Magic were ahead 18-12, then the Colonials stopped their slide and whittled down the lead. Eventually, a four-point stint at the service line for Natalie Small ended with PW climbing into a 19-19 tie.

The Mount would enjoy its last lead, 22-21, thanks to a hit by senior libero Katie Webb. The Colonials then captured the set with a four-point surge, finishing with Adriana Storti's drive to the right rear corner of the MSJ court.

As in the opening set, the visitors went ahead early in the second, 3-0, but this time Plymouth Whitemarsh quickly leveled things off at 3-3. As in the first stanza, the teams were tied at 7-7 and later at 19-19, with the Mount going ahead a few times and the Colonials remaining calm and eventually catching up.

PW kept going to earn a 22-19 advantage before sending a serve into the net to make it 22-20. The teams exchanged points up to 24-22, with the Mount getting a kill and a scoring block from Montgomery. A kill by the Colonials wrapped up the set, and the hosts led 2-0 in the match.

In set three, it was PW that had a strong start, gaining a 5-0 foothold before the Magic called time-out. Still, they soon trailed 8-2, but they would tie the set at 10-10 thanks to a strong effort up front by Mond combined with some miscues by the Colonials.

A few minutes later, the Magic edged ahead 18-15 but then served the ball into the net, opening the door for the home team to draw even at 18-all. Plymouth Whitemarsh inched ahead, 20-19, but then hit the ball out over the right sideline to fall back into a tie.

Webb went to the service line for the Magic and when the Colonials were unable to return her first two serves in play, they called time-out as they trailed 22-20. They got a side-out on a hit, then went up 23-22 on a missed tip and a flawed service return by the Mounties.

PW secured the two points needed to win the match with two kills by clever hitter Neve Straff, who angled two hits off of Mount blocks so that the ball dropped on the Magic's side of the net. The Mounties had proven that they could play right along with one of the top teams in the area; now they just needed to learn to finish.