Both the results of Athletic Association of Catholic Academies regular season meets and the outcomes of some large invitationals indicated that Mount St. Joseph Academy would be an overwhelming favorite at the AACA championship meet October 19. The Magic lived up to expectations. 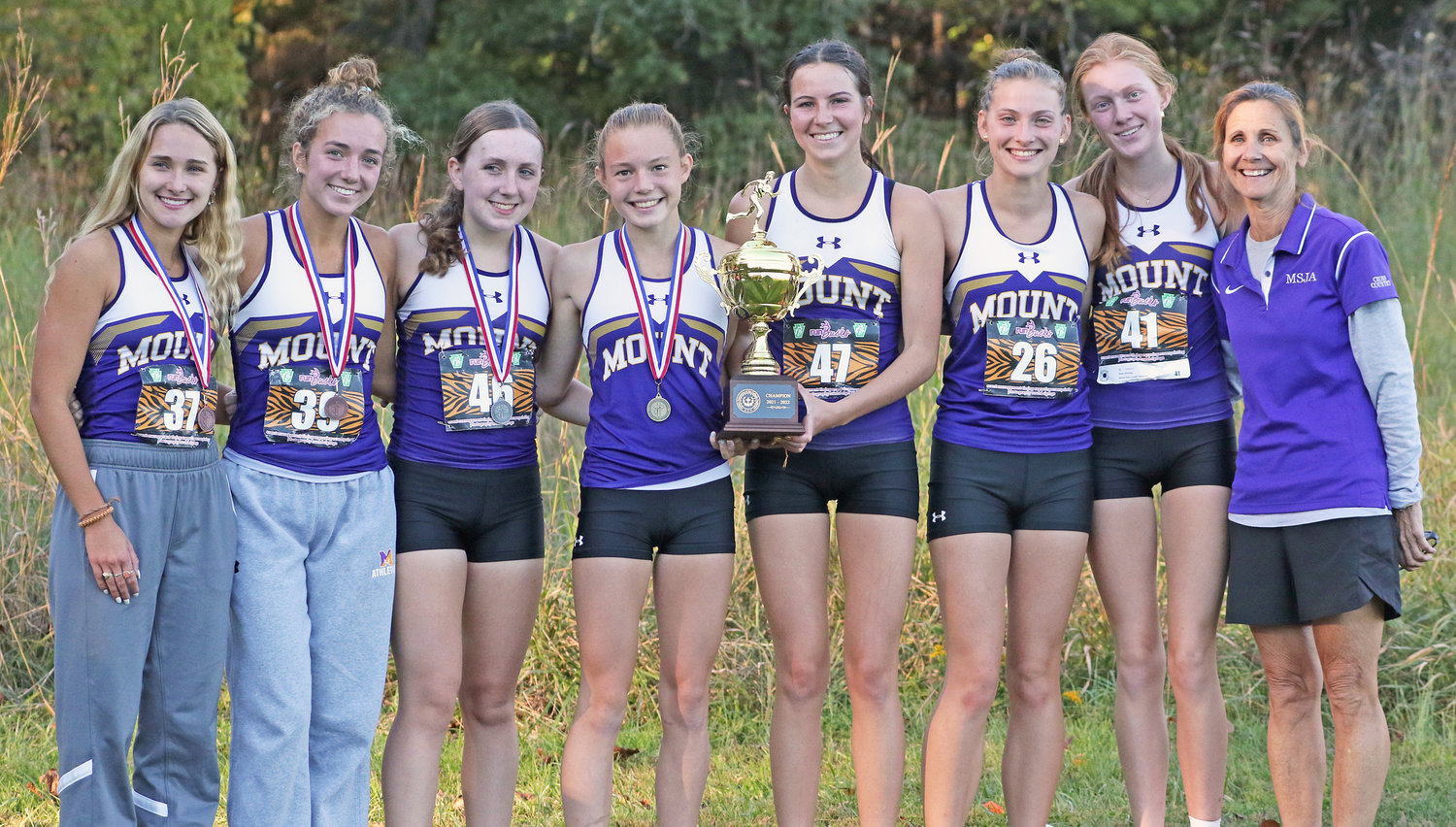 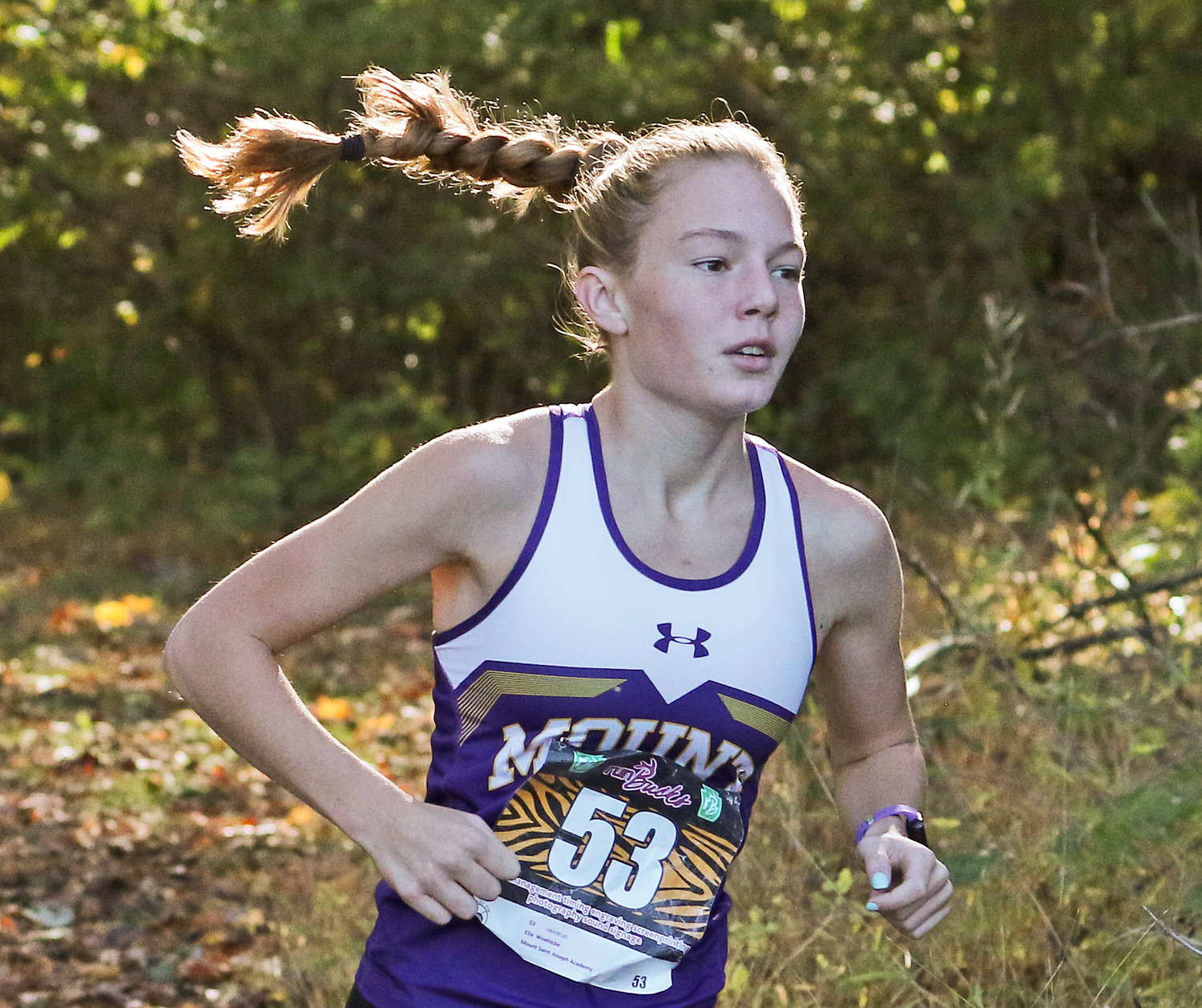 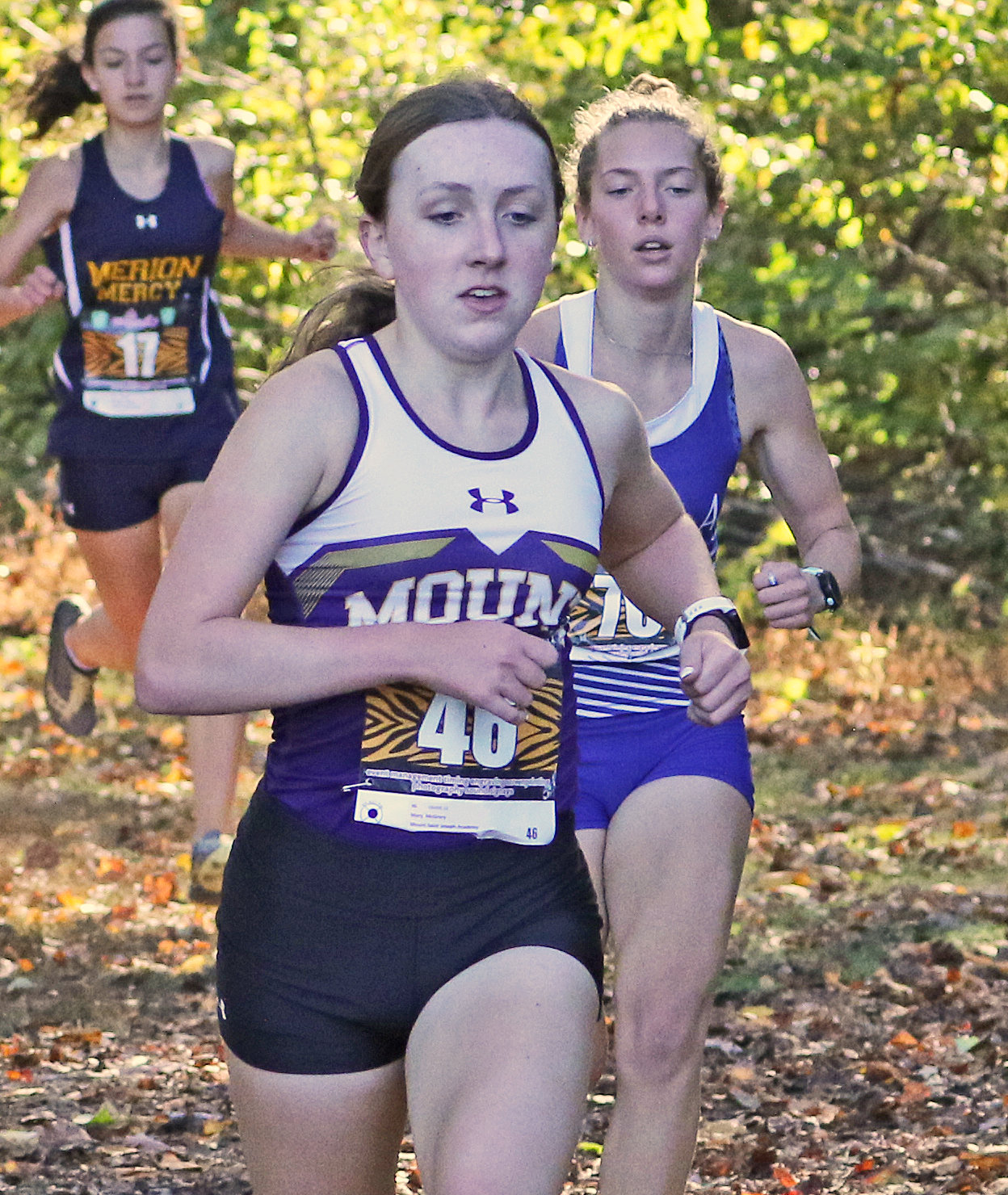 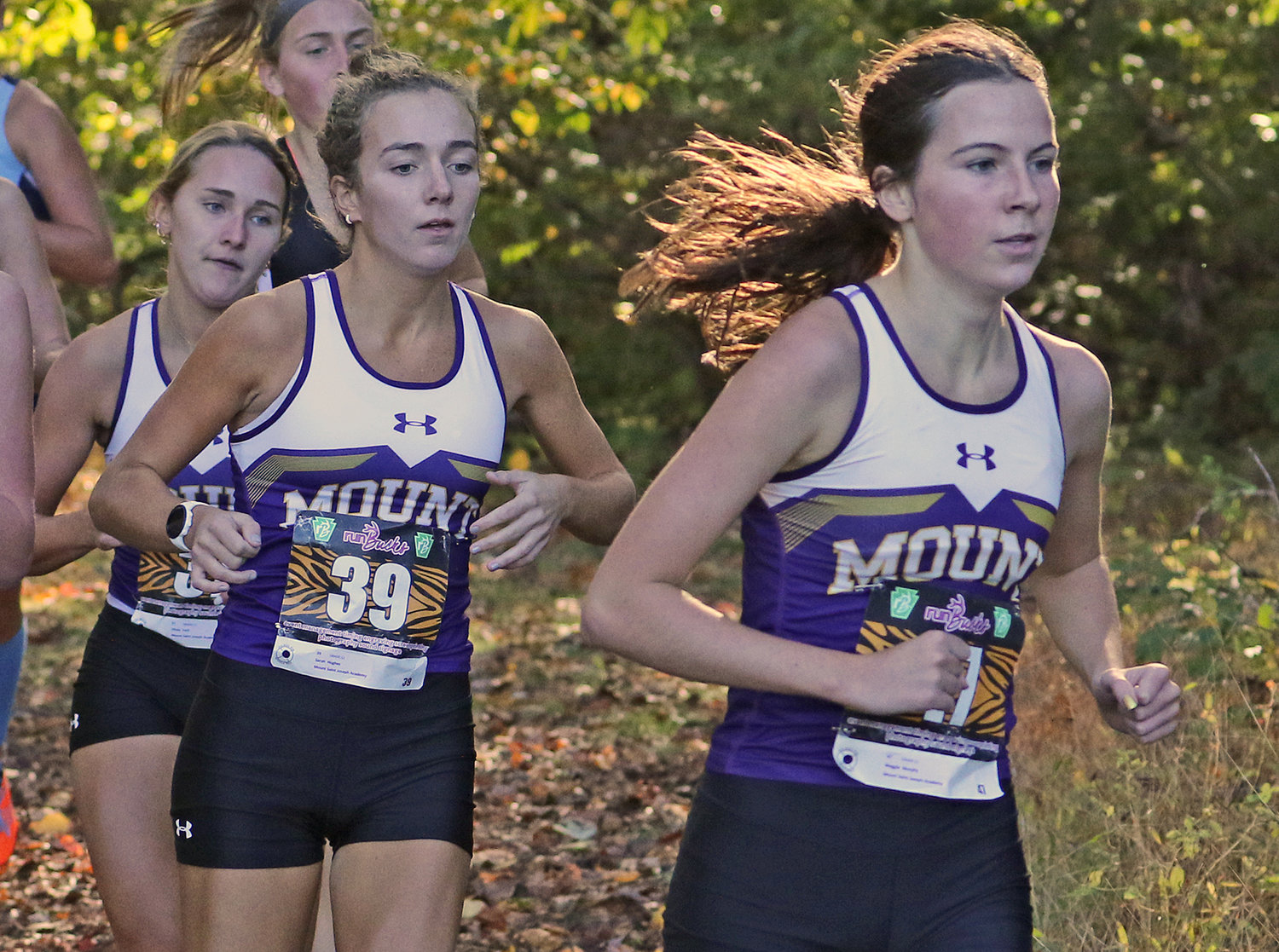 Both the results of Athletic Association of Catholic Academies regular season meets and the outcomes of some large invitationals indicated that Mount St. Joseph Academy would be an overwhelming favorite at the AACA championship meet October 19.

The Magic lived up to expectations on the course at Bucks County's Tyler State Park, producing the individual champion and placing three more runners among the top five. The Mounties won their fourth straight team title in the league with exactly the same score as in 2020, 23 points. Last year that put them ahead of the runner-up squad by a 27-point margin, and this year the gap was even larger, as Gwynedd Mercy Academy came in second with 67 points.

Sophomore Ella Woehlcke, the frontrunner for the Magic all season, won the October 19 event in 19 minutes, 10 seconds, and in second place at 20:09 was senior Mary McGrory, the 2020 individual champion in the AACA.

A transfer student, Woehlcke ran for Springside Chestnut Hill Academy as a freshman.

Another Mount St. Joe senior, Sarah Hughes, collected third place with a time of 20:16, then Merion Mercy Academy junior Marianne Cheeley became the first finisher not wearing MSJ purple, checking in fourth in 20:39. Senior Olivia Forti (a Norwood Fontbonne Academy graduate) was the number four for the Magic and placed fifth overall in 20:55.

Junior Maggie Murphy made the Mount St. Joe victory official with her 12th place finish in 21:56.

In addition to dominating league meets this fall, Mount St. Joseph won the Briarwood Invitational, the William Tennent Invitational, and the Brown (most competitive) race at the expansive Paul Short Run at Lehigh University. The win at Paul Short came at a price, though.

Murphy, who had been the Mount's number two runner, had her shoe come untied during the race. In order not to lose the electronic tracking device that was attached to it, she grabbed the shoe and finished the race holding it in her hand. Her injured foot forced her to forego the Tennant meet the following weekend, and she did not race again until the AACA's last week.

At the championships senior Carolyn Arnold, the sixth finisher for the Mount, made the top 20, checking in 19th in 23:10. Junior Anne Kitching was the seventh Mount St. Joe runner entered in the race. She twisted an ankle during warm-ups, tried to race, but had to drop out due to her injury.

Next up for the Mount Magic is the PIAA District 1 championship meet at Lehigh University on October 29. If they advance from there, they will perform at the state championships in Hershey. The Mounties already got to try out the Hershey course at a major invitational in late September.

Racing in the AAA division (large-enrollment schools) the Magic placed second as a team, with Woehlcke finishing ninth individually.