Most of top players back for GA girls lacrosse

Most of top players back for GA girls lacrosse 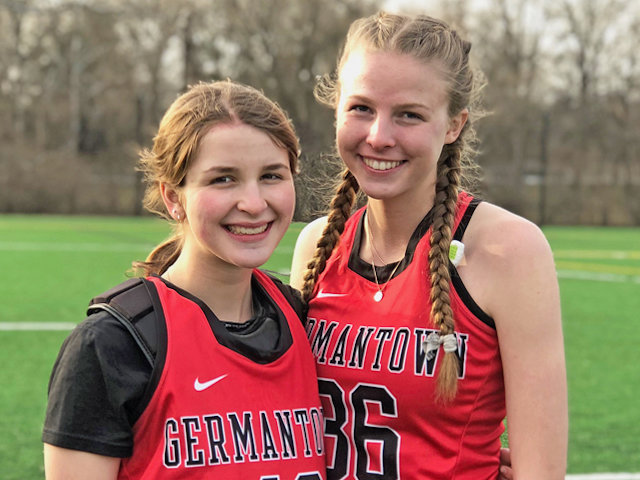 The girls’ lacrosse players at Germantown Academy have headed away on a working vacation to a different “GA” – the state of Georgia. The Patriots are hoping to encounter warmer weather during their spring break trip to the Peach State.

The Patriots graduated eight players from last year’s roster, including one of the captains, Lyndsey Morhardt. Much of the everyday lineup is back for GA, however, hoping to improve upon a 2018 season which saw the team struggle in the Inter-Ac League.

The captains this year are two seniors – midfielder Charlotte Rapp and goalie Zoe Torrey. Both will attend the University of Chicago, where Rapp plans to continue playing lacrosse.

Among the other seniors are prolific scorer Olivia Doody, who will play for Fairfield University, and another veteran attacker, Cammy Korman. Their other classmates, Gabby Hearn, Grayson Gross and Sophie Thatcher, are defenders. Gross will be playing Division I lacrosse for Mercer University in Georgia, and last season she and Doody were named GA’s outstanding defensive player and offensive player, respectively.

Most of the seniors have been starting in the Patriots’ early scrimmages, along with juniors Maddie Burns (midfield), Ella Henry (attack), Elizabeth Van Blarcom (midfield) and Nadja Velis (defense/midfield). Burns, a graduate of Norwood Fontbonne Academy, has made a verbal commitment to play lacrosse for the University of Michagan.

There are also two sophomore starters – midfielder Mackenzie Smith and defender Caroline Antonacio, who was named a Maverik National High School Lacrosse All-American following her freshman season. A 10th-grader who is new to the program is Norwood grad Elise Smigiel, who transferred to GA after starting as a freshman last spring at Mount St. Joseph Academy.

Additional bench strength for the Patriots will be provided by junior Annabel Brewer and sophomores Talison Jordan, Juleana Landmesser and Devon Smith. Four freshmen have been placed on the varsity roster: Heidi Cross, Quinn Dooley, Cailin Hasson and Cassidy Palazzo.