Most members of title team back for PC softball

Most members of title team back for PC softball 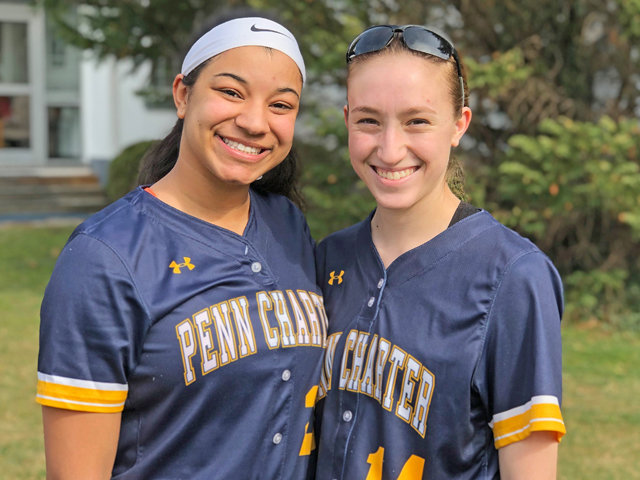 Penn Charter softball, the undefeated Inter-Ac League champion and Pa. Independent Schools champion in 2019, graduated only two players from last year's squad. However, Abby Mannion and Abby Quin were both four-year varsity players, and Quinn has gone on to join the team at West Chester University.

The Quakers have their pitching staff returning intact, though, starting with senior Anastasia Lewis. She is a team co-captain this spring, along with Maddie Solow. Solow, who plays centerfield and can also pitch and play first base, will continue her career at Ursinus College. A third senior, Emily Spencer, can serve in the outfield and will also perform as a courtesy runner.

Other pitchers for Penn Charter are juniors Averie Schnupp and Charlotte Zulick, and Schnupp can also be employed as an outfielder. In an early scrimmage last week, the Quakers had juniors Neilee Koslosky and Abby Brown stationed at second and third base, respectively. Both are versatile players who could fill other infield roles, as well as play in the outfield.

Koslosky's sophomore sister, Kamryn, is at shortstop, and fellow 10th-grader Lucianna Boggi returns as catcher for the Quakers. The other sophomore on the roster, Madi Brooks, looks likely for left field.

Ninth-grader Danni McIntyre is a new student at the school and is an experienced travel team player. She was out in right field for last week's trial run, and she can also fill in at second base. Fellow freshmen Ashlee Bucksar and Chloe Pinto have both come up through Penn Charter's middle school program.

Last spring Macie Bergman, another travel player, was a dominant force on the Quakers' middle school softball team while still a seventh-grader. A power hitter, as well, Bergman has come up to the upper school varsity, playing first base. She can also step in as a catcher, if needed.

The founding head coach of the Penn Charter program, "Doc" Mittica, is back at the helm, and his returning assistant coaches are Angela Smith and Gabrielle Tareila.