Maura McCarthy (right) leads hikers through several trails in the Wissahickon Valley Park. (Photo courtesy of Friends of the Wissahickon) by Brendan Sample After 13 years as executive director for … 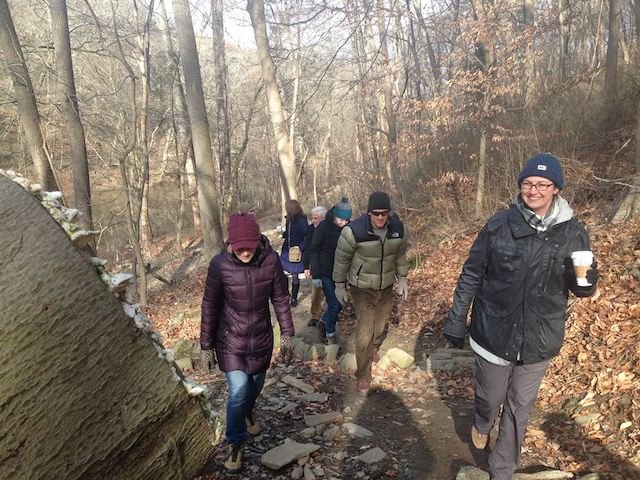 After 13 years as executive director for the Friends of the Wissahickon, Maura McCarthy is taking over the same position with the Fairmount Park Conservancy. McCarthy began splitting her time between the two organizations on Nov. 1, as she prepares to transition to the conservancy full-time in January.

“We feel very fortunate to have found a leader who understands our vision and the strategic, collaborative work necessary to achieve it,” said John Gattuso, president of the conservancy’s board. “We know that Maura will build on the forward momentum Fairmount Park Conservancy has accomplished over the past two decades, and under her leadership, we will continue to transform our region’s park system into an excellent open space resource for all Philadelphians and future generations.”

McCarthy applied for the position after hearing from a conservancy search consultant and was intrigued. Upon learning the details of the job, she saw a chance to continue the kind of work she had done with FOW on a larger scale.

“I am genuinely excited about being part of the conservancy’s mission to build equity through the maintenance, improvement and activation of Philadelphia’s amazing parks,” McCarthy said.

A Philadelphia native, McCarthy has had plenty of preparation for this new position beyond FOW, as she also serves on the Green City, Clean Waters Steering Committee for the Philadelphia Water Department and was a member of Mayor Kenney’s Transition Team on Environment and Sustainability. Though there are certainly significant differences between the two jobs, she sees a significant direct connection, among others, between the work that both FOW and FPC do for the city. 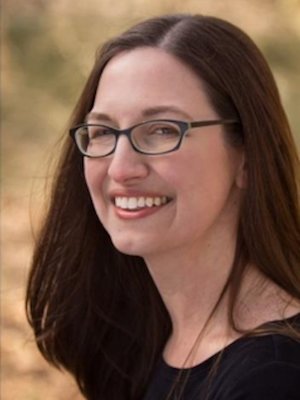 McCarthy will be splitting her time between FOW and the Fairmount Park Conservancy for the rest of the year before starting full-time at Fairmount in 2020.

“The Wissahickon is, in many ways, a microcosm of the issues that challenge all public lands, and is a wonderful learning laboratory for problem solving,” McCarthy explained. “The public passion, volunteerism and ecological importance of the Wissahickon as an ecosystem and waterway have given me a rich diversity of perspectives from which to consider our parks.”

Not only will McCarthy be moving to an organization with a wider general reach than FOW, but she will also be experiencing the conservancy’s notable growth in the past decade. Managing a larger organization that continues to grow will likely not be an easy task, but McCarthy already has plans in place to deal with these changing circumstances.

“The challenge of the next few years will be to consolidate the huge gains of the last 10 years while creating some space for deeper engagement and support within the city, and ensuring the sustainability of both the organization and its programs and projects,” McCarthy said.

FOW, meanwhile, expressed its gratitude for McCarthy’s work over the course of more than a decade, while also beginning to adapt to this change in leadership. Though she will still be staying on with FOW for the next two months, the organization is working on an interim plan to account for this change, the details of which were still forthcoming at the time of printing.

“Maura was a great executive director and we will miss her greatly,” said FOW president Jeff Harbison.

There will certainly be plenty of adjustments that will need to be made during this transition period, but McCarthy remains enthusiastic about the new opportunity.

“I love working with stakeholders to find solutions for public lands that really serve the community,” McCarthy said. “I also really enjoy the complex nature of the projects and civic engagement programming, which means that there is always an opportunity to learn something new. It is impossible to ever be bored while working for Philadelphia’s parks!”

For more information about the Fairmount Park Conservancy or Friends of the Wissahickon, visit MyPhillyPark.org or FOW.org, respectively. Brendan Sample can be reached at brendan@chestnuthilllocal.com or 215-248-8819.