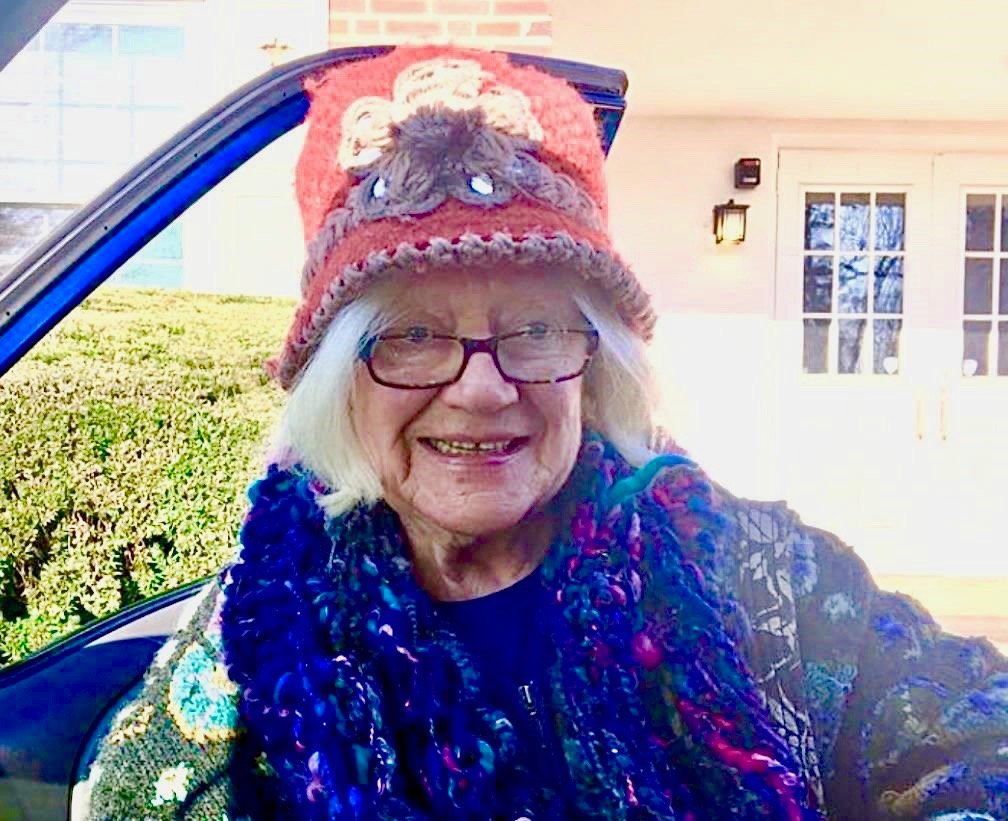 Marie Rankin, of Chestnut Hill, passed away unexpectedly at home on May 25 at the age of 81. Marie was born in Letterkenny, Donegal, Ireland. At age 16, Marie traveled by boat alone to the U.S. in search of a life with more opportunity, leaving behind her only brother, from whom she was separated as a child. After arriving in Philadelphia, Marie immediately began working as a nanny to a family with seven children.

After a life of hardship and struggle, Marie was most proud of having made Chestnut Hill her home. Her greatest passions were children and her family. Marie worked as a nanny for several years until meeting her husband-to-be, Francis “Frank” Rankin, and together they raised two children, Frank Jr. and Sally.

It was Marie’s eccentric personality that preceded her. If you didn’t know her personally, you knew OF her. She could always be spotted on Germantown Avenue, popping into the local stores, grabbing a bite of cheese, buying a dress for one of her granddaughters or just saying hello to the long-time shop owners turned life-long friends. Marie was an iconic staple of the neighborhood. She supported every event, festival, business and neighbor she could. While she was sassy and outspoken, she never lacked loyalty and passion for her neighborhood, family or friends.

She put many miles and many decades into this neighborhood. She created life-long bonds with many of the local shop owners, neighbors and anyone who crossed her path. When you have a member of your family with a presence so commanding, it leaves you with a 4-foot, 11-inch sized hole in your heart when they’re gone.

When not on the Avenue, you could find Marie at Our Mother of Consolation Parish, either attending Mass or participating in a prayer group for anyone who needed support. Marie’s kindness and generosity were always at the forefront of everything she did. Whether it was donating a dollar to someone experiencing homelessness, bringing in the paper for a neighbor, saying prayers for a friend in need, Marie’s kind heart never faltered. She gave you her opinion whether you asked for it or not, and she was always brutally honest, no exceptions. It’s rare to come across someone like her, and I know how lucky I am to have called her “Grandma.”

Beloved by all who spent time with her, Marie was at the center of any gathering. She is survived by her brother, John Deery of Edinburgh, Scotland; her son Frank Jr., her daughter, Sally Schagrin (Steven) of Oreland, and their children, Kelsea, Amanda and Lindsay, her cherished grand-girls whom she adored more than anything.

Funeral Mass was held at 10 a.m. on Wednesday, June 2, at Our Mother of Consolation Church, 19 E Chestnut Hill Ave. Burial will be in Holy Sepulchre Cemetery, 3301 W Cheltenham Ave. A celebration of her extraordinary life will be held at Halligan’s Pub, 1619 Bethlehem Pike.

Kelsea Schagrin, 26, who wrote this tribute, is one of Marie's grandchildren. A center city resident, Kelsea and her fiance, Jake, just got engaged on May 14. “We celebrated with our families in the city afterward,” Kelsea said. “That was my grandma's last big hurrah, and she had the best time. She was one of a kind!” (The Local was planning on doing a feature article on Marie recently, but she said she would rather wait until Covid-19 was no longer an issue, and a reporter could then come to her house.)