The City is asking people to take part in a survey to choose from art work proposals by four artists about ways to decorate the walls and benches bookending the mall. 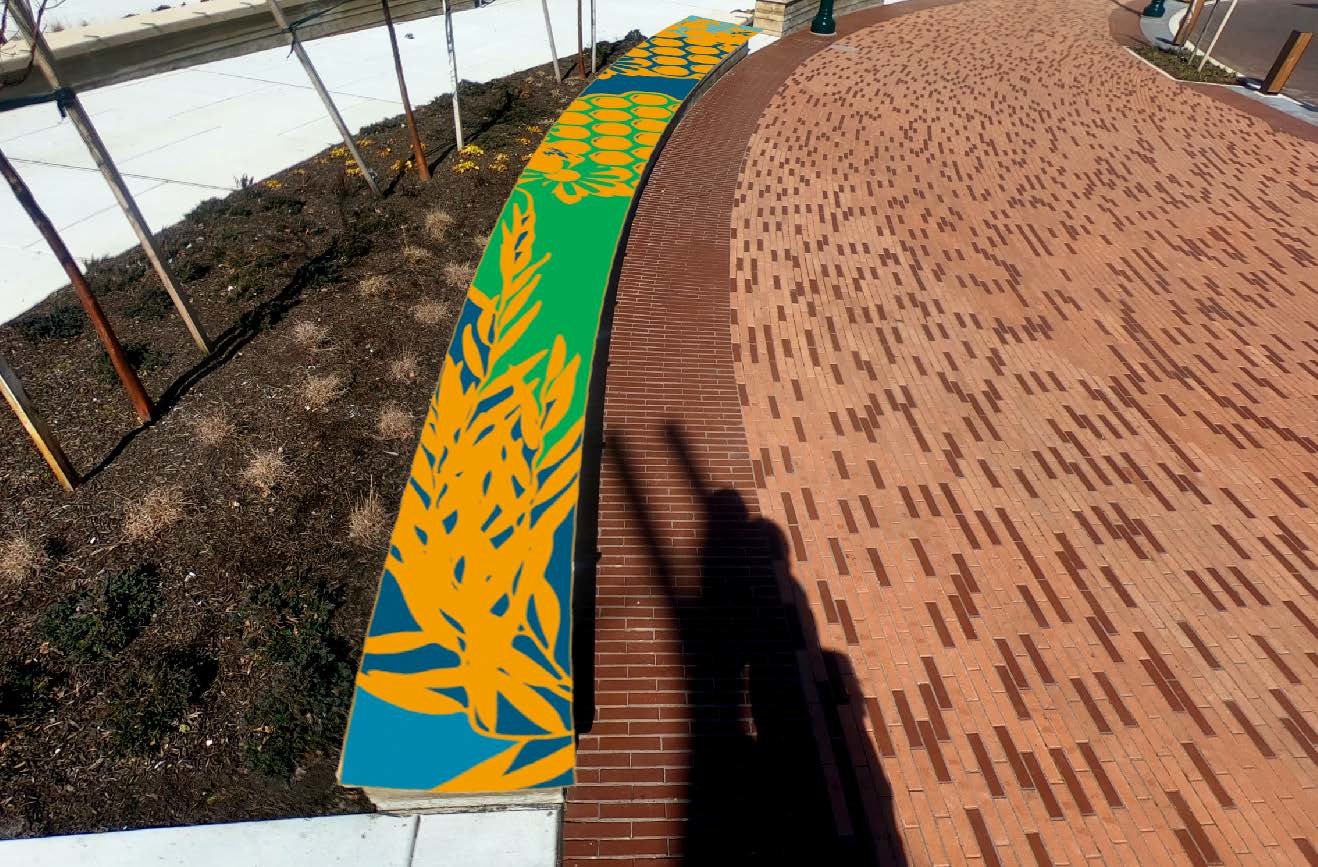 Streetscape is a local column about urban design, planning and architecture.

The City Planning Commission announced this week that Maplewood Mall in central Germantown, one of their first renovation projects in Northwest Philadelphia, is finished after two years of work. It is ready for renewed community participation.

The City is asking people to take part in a survey to choose from art work proposals by four artists about ways to decorate the walls and benches bookending the mall. The participants can also comment on changes they would like to see about the concepts. The goal is to encourage community participation in the development of the mall. Participants can obtain a copy of the four artists' suggestions by visiting the mall at Collective Artistry, 32 Maplewood Mall.

The artists are all local: Amber Art and Design; Femi Olatunji and Eric Okdeh; Ife Nii Owoo; and Kate Kaman. The proposals reference local history and culture, with the intention of turning cold, practical concrete walls into inviting benches under trees and lamplight.

Maplewood Mall is a curvy small closed street open between Germantown Avenue and Greene Street. Originally it was opened in the 1970s when Frank Rizzo was mayor. It was originally a brick paved area where automobile traffic was not allowed.

According to some planners, this lack of access added to the mall's decline in popularity. After a few decades of neighborhood development, though it was only a half block from Germantown Avenue, the mall seemed secluded and could not be seen from the busy business areas on Germantown Avenue or Greene Street. Though the lack of noise and traffic was a good thing for some people, it became a detriment leading to safety problems addressed in the renovations.

After 40 years of existence, according to commission spokesman Paul Chrystie, the Maplewood Mall was showing signs of neglect and wear from broken brick paving to vacancies in about a quarter of its small village-like stores.  In 2019 the renovation started.

Reconstruction of the Maplewood Mall’s roadways, sidewalks, and plazas began in November, two years ago. The City’s goal, according to Chrystie, has been to rebuild the Mall as a neighborhood public space suitable for congregating and shopping.

These improvements were aimed at helping residents and visitors while strengthening the Central Germantown business district.  In the construction process, new lighting, seating, trees and plants, and bicycle racks were added.  Construction barriers came down in December.

This means that soon students at nearby schools, like Germantown Friends or Greene Street Friends, will be able to visit the mall to buy snacks or congregate after school as they did at the original mall from the Maplewood Mall's beginning.

The plaza project cost approximately $730,000. Of that, $375,000 came from a state Transportation Alternatives Set-Aside grant and the balance of the funding came from the portion of the City’s Capital Budget that is dedicated to neighborhood commercial corridors.