How does a passionate, talented musician, composer, painter, author, dancer, singer, etc., pursue his/her passion while still making enough money to live a comfortable life, pay for necessities, children, etc., since the artistic passion rarely pays all the bills except for those at the very top? 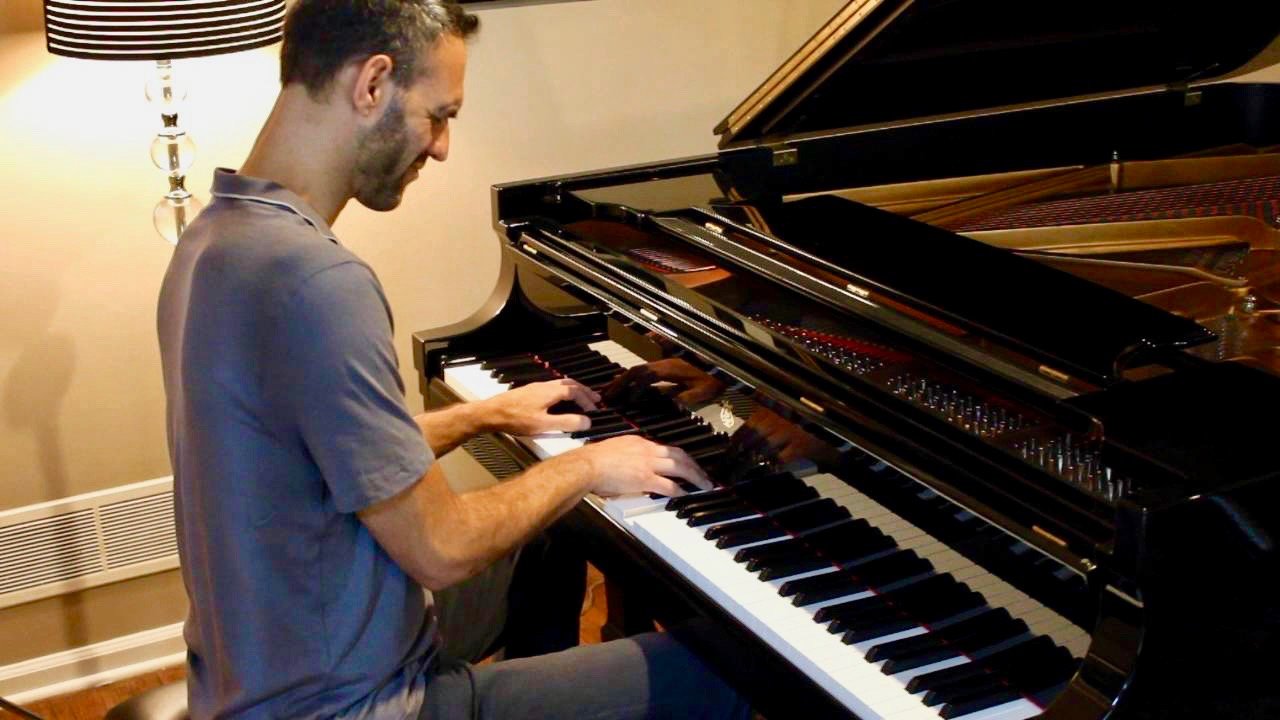 Although he has a full-time successful business, Paul gets up at 5 a.m. at least five days a week and practices until 8:30 a.m. and then goes to work. 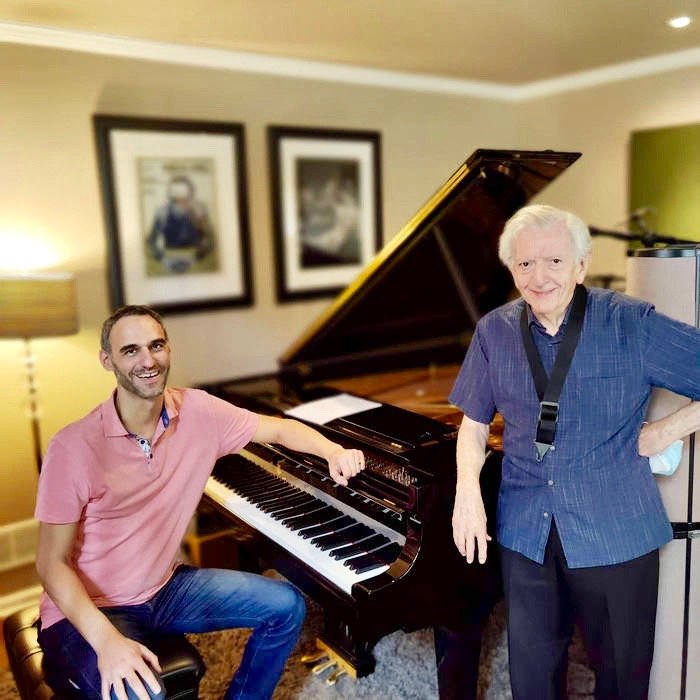 Krassen (left) has just recorded an album/CD with sax player Larry McKenna (right), 83, a local jazz legend. “Nobody ever made a duet record before with Larry, just piano and sax,” said Paul, “so I was determined to do it. We got together and improvised interplay.”
Previous Next
Posted Thursday, December 10, 2020 11:00 am
by Len Lear

It is an age-old dilemma, probably going back to Bach and Mozart and far beyond. How does a passionate, talented musician, composer, painter, author, dancer, singer, etc., pursue his/her passion while still making enough money to live a comfortable life, pay for necessities, children, etc., since the artistic passion rarely pays all the bills except for those at the very top? (Even Van Gogh only sold one painting in his entire life.)

Paul Krassen, 48, a Plymouth Meeting resident for the past 16 years, who says he could not live without playing jazz on his $100,000 Steinway piano, which he does for hours almost every day, has faced this quandary for decades. Paul grew up in Huntingdon Valley and went to Upper Moreland High School. His late mother was a classically trained pianist, and Paul took lessons, but “when I was 13, I heard a Miles Davis record that changed my life. I have had a passion for jazz ever since then.” (Paul even named his first son, now 18, Miles as an homage to Miles Davis, and wanted to name his second son, now 16, Coltrane, but “his mama was upset about that, so she ended up choosing a name she liked, Eli.”)

Paul studied at the Jenkintown branch of Settlement Music School and then with Gerald Price of Mt. Airy, who had played with Sonny Stitt and who launched Pieces of a Dream, a successful jazz fusion trio made up of local teenagers, in the late 1970s. “I took a bus for one hour each way to get to Mr. Price,” said Paul. “They were not formal lessons. He was all by ear.”

Paul studied theory and harmony for two years at Temple University, then switched to William Paterson University in Wayne, NJ, known for its great jazz program. He was a jazz major, but while taking a sociology course with a professor named Clyde Magarelli, something very dramatic happened. “The teacher started a lecture by denying that the Holocaust ever happened. Students were taking notes, and I stood up and told Mr. Magarelli that he was revising history. I walked out of the class and went right to the head of the department, who said they knew about him but could not do anything because he had tenure. I never went back to the class.” Paul wound up being interviewed by The New York Times about the incident.

(Magarelli died in April of this year in a house fire at his home in Woodbury, N.J. According to an article about his death in the Times-Herald Record, a daily newspaper that covers north Jersey, “Magarelli's college forced him to retire about a year and a half ago … William Paterson was investigating classroom videos a student had posted on Twitter in which Magarelli suggested the moon landing was faked and seemed to minimize the brutality of the Nazi Gestapo. The videos and an earlier controversy involving Magarelli sparked accusations he was trafficking in anti-Semitic and conspiratorial views.”

After college, Paul tried to have a music career for a couple years in Philly but was broke. He did some piano teaching on the Main Line, but “it was a total struggle. I could not pay the bills. Then I met my wife, Nikki (married 23 years now), and she wanted kids, so I had to get an actual job. I started a wireless phone business with a friend from high school. It became successful.”

In 1997 Paul also started a payment merchant services business, Dimotec LLC, which is involved with credit card processing for its clients. Travis Powers, a V.P. for a company called CrossCheck, Inc., said, “I have worked with over 1400 individual and group merchant level sales offices over that last 20 years, and Paul … always goes the extra mile to make sure promises made are promises kept.”

“I was able to get a lot of clients,” Paul said, “but it messed up my music life. I always wanted to make a record specifically with Larry McKenna. (Ed. Note: Numerous critics have called McKenna, of Philadelphia, one of the world's finest jazz saxophone players.) Last year I started getting up at 5 a.m. and practice until 8:30, then go to work. At least five days a week. When I am not working, I am playing the piano. I don't know what else to do with my time. Other people watch Netflix for hours. I play the piano. If I didn't have the piano, I might be a drug addict.

“Lots of quartets had Larry McKenna (now 83) on their records, but nobody ever made a duet record with him, just piano and sax, so I was determined to do it. We got together and improvised interplay. I had to be the whole rhythm section — piano, drums and bass. We recorded the CD/album in my house. I still practice two to three hours a day. I love jazz and piano more than anything in the world.

“But it requires an immense amount of focus. I'll never understand why jazz is not mainstream any more. It was years ago with Duke Ellington, Benny Goodman, etc., but I think music started getting dumbed down when Elvis came along. It doesn't matter how good you are. In fact, I think the better you are as a musician, the worse chance you have of making real money.”

Paul will soon be playing live (not virtually) at Cigar Republic (thecigarrepublic.com), 126 Fayette St. in Conshohocken, weekly either solo or as part of a duet.