Learning to love the Asbestos City: Ambler and its roots

The Ambler Theater by Grant Griswold Asbestos was the next big product in the early 20th century, and the borough of Ambler got into the business at exactly the right time. But after years and years …

Learning to love the Asbestos City: Ambler and its roots 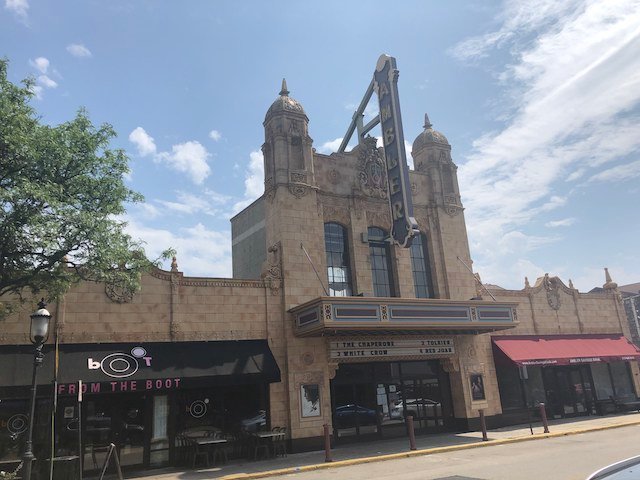 Asbestos was the next big product in the early 20th century, and the borough of Ambler got into the business at exactly the right time. But after years and years of building a great factory town with this product, asbestos was found to be dangerous, and the factory was shut down in the 1950s. Thousands of jobs were lost, and the town's economy crumbled.

I have a personal connection to Ambler. I started driving through it daily to get to school at age 4, and I now live in Ambler. I was lucky enough to travel into Ambler with the art department at Germantown Academy earlier this school year, and found that trip inspiring.

David Love, my art teacher at GA, is a main contributor to the effort to get bring students to Ambler and show them how it got back on its feet by holding events and encouraging people to visit. As good as things might be for Ambler now, Love told me the borough has “untapped potential” that he plans to help “extract.”

Love believes that the “connection” between Ambler and GA is extremely important, because the so-called “bubble” that private school students live in needs to be popped.

“Community members for a long time have been tirelessly working on issues, and the real credit goes to them,” Love said. He said that while he is trying to make an impact himself, “the major changes in Ambler have stemmed from the recent influx of investments.”

Love grew up in Cleveland, Ohio, and he sees many similarities between his hometown and Ambler despite the obvious differences in size between the two municipalities. He said that if he can get students into the town to do community service and other events to introduce them to the real world, it would change how they look at their futures.

“If they are introduced to this it will change how they look at colleges and future professions,” he added.

Love’s trips to Ambler include things that are fun – particularly trips to Rita’s Water Ice, but they’re also educational. Love points to great resources in the community, such as the Ambler Theater, and notes how those institutions required real community support to keep going.

Love said he’d like to do grow the relationship between GA and Ambler even more because we are so close and that it could be a “great relationship for both sides.”

The connection between GA and Ambler is one I’d like to see grow. For students, many who live in suburbs without urban centers, “The Asbestos City,” shows them by going to a food stop like KC’s or Rita’s, or to see a movie at the beautiful Ambler Theater, is more than just diversion. It’s a commitment

Grant Griswold, a senior at Germantown Academy, is currently working at the Local for his senior project