We live in an age of creation and destruction by media. Rising or falling, champs or chumps, very few media stories are true as presented. Never forget that every minute televised is a minute … 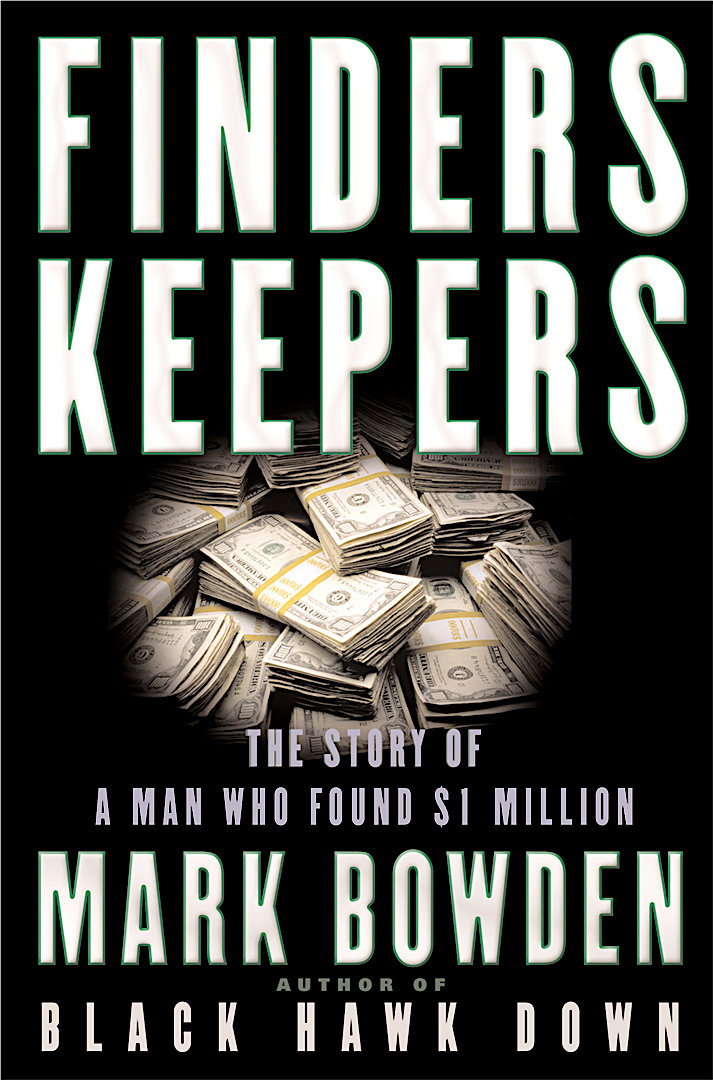 Mark Bowden chronicled the story of Joey Coyle while a reporter for the Philadelphia Inquirer and later turned that reporting into the book ‘Finders Keepers.’
Posted Thursday, September 3, 2020 9:29 am
by Hugh Gilmore

We live in an age of creation and destruction by media. Rising or falling, champs or chumps, very few media stories are true as presented. Never forget that every minute televised is a minute advertised. Somebody's prayers get answered every day. Joey Coyle's one day, for example.

Joey Coyle, the famous Robin Hood of South Philly, marked his 27th year of residence in Yeadon's Holy Cross Cemetery last week. Around Philly he's known as "the guy that found the money" and said Finders Keepers to the world. Until then Joey was just a regular guy, known only to his family, friends and a few co-workers. But one afternoon he saw a yellow plastic tub lying in the street and looked in it. It held two Federal Reserve Bank money bags containing $1.2 million in unmarked, non-consecutive $100 bills. Like the winking little neighborhood joke goes, "it fell off a truck." Literally.

Ten dollars, 20, even more, most people would keep. (Legally, anything over $250.00 obliges the finder to try to find the owner.) $1.2 million? And casino money at that? Out of a Puralator Armored Services truck? Most people who read that in the funny papers would dream of how they'd spend it. Then sigh and decide it wasn't worth going to prison for. Besides, the reward money was tempting: $50,000.

Not enough for 28-year-old Joey Coyle though. He was going to keep it. An unemployed longshoreman, he felt he'd never accumulate that much money in his life. He was keeping it. He deserved it because...well, he just did. Two neighborhood guys were with him when he found the money bags. He swore them to secrecy. Once home, he started plans to launder the money. The cops would be looking for anyone spending $100 bills. So everything was hush-hush.

Except, he gave a $100 bill here to this person and another $100 there to that person and so on. He asked a friend to hold a couple hundred thousand to keep it safe. And gave another $400,000 to a guy he thought was "connected" enough to get the money changed to smaller bills in Vegas. Everybody he swore to secrecy swore at least two others to the same Swiss cheese conspiracy.

For about five hectic days Joey tried hold onto the tiger's tail as it dragged him through South Philly, New Jersey and up to New York City's John F. Kennedy International Airport. Just as he went to board a plane for Acapulco, he was arrested by Federal agents. He had 1,052 $100 bills, or $105,200,  stuffed in his socks and pantlegs.

"RICH MAN POOR MAN" said the Philadelphia Daily News headline. By the time Joey came to trial, though, he was seen as a folk hero. Many people called him Robin Hood. After all, he'd spread a lot of Franklins around before his capture. People cheered when they saw him in public. The courtroom was packed and its atmosphere was merry.

His lawyer's defense: Temporary Insanity – caused by the sight of and sudden possession of more money than a common man, a humble man, could comprehend. The trial was pure Theater of the Absurd, much of Joey's case hanging on the finer points of whether he had "acted like a nut," "went really crazy" or "gone bananas." It worked though. Joey was acquitted by a sympathetic jury as having been temporarily made insane by the green glow shining out of those bank bags.

The Daily News called him "romantic" and a "folk hero." The Philadelphia Inquirer described him as “handsome, friendly, well-liked by the ladies, never in trouble with the law.” He was viewed as a hard-luck case, the lovable kid from around the corner, a happy-go-lucky goof who'd done a laughably bad job of trying to keep the money. The story was picked up around the world. That became, and still is, Joey's meme.

It would be nice to say Amen here and fade out, but there's more. According to the known records, Joey had been a meth addict and petty criminal for years. The hundreds he'd given away was hush money, meant to keep people quiet. He wanted his find to be a secret but told nearly everyone he met, "I'm the guy that found the money" Through his entire five-day ordeal he'd been shooting meth around 10 times a day. He couldn't function with it and he couldn't function without it.

The Disney Corporation got hold of the story. It was too good to pass up: "Lovable loser finds redemption." They bought the basic story from Mark Bowden who'd turned his Inquirer articles into the excellent book "Finders Keepers." They paid Joey and his family and some others comparatively large sums of money for the rights to their stories. They cast the trim, clean-cut John Cusack to play the pudgy, pale, scar-faced Joey. According to Bowden, one of the producers justified the way they sanitized the resulting story by saying “You can’t build a film around a guy who is just stupid.” (Maybe they should have tried harder because the movie they did make, "Money for Nothing," is just stupid.)

Joey walked after his trial and immediately went off to get high. He never stopped. Perhaps the meth helped settle the buzzing that had been in his brain since birth. Part of the movie was shot in Philadelphia. Joey met John Cusack and took him around the neighborhood a few times. Joey was a changed man by then, however. His dubious celebrity was a burden. He felt nothing but terror about the upcoming movies, People kept mentioning the money to him. People wondered where he'd buried the $196,000 that was never recovered. That was a constant bother. So was the fact that he'd just been convicted of his sixth drug possession/dealing crime. Soon he'd be facing a 33-to-45-month jail sentence.

On August 15, 1993, just a few weeks before the fame and possible cash-in coming from the movie's premiere, Joey hung himself with an electrical cord in the stairwell of his family home. The frightening fame that would come from the movie, and the impending prison sentence, were more than he could bear. None of that is remembered today. Joey is only that "guy who found the money" and bungled his big chance.