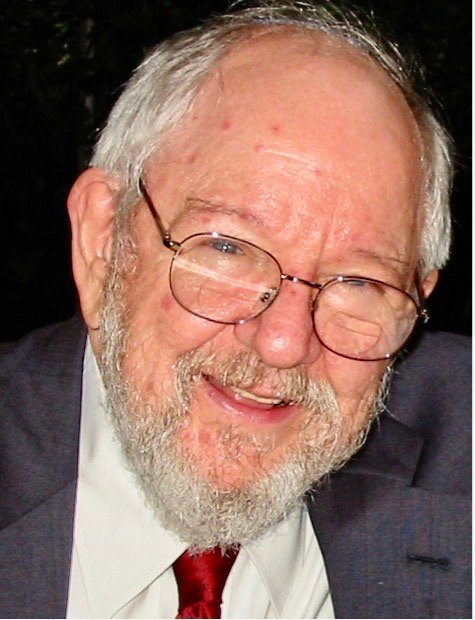 Norman Aaron Newberg, a Mt. Airy resident, author, and University of Pennsylvania professor who trained a generation of educators to apply progressive ideas in urban public education, died in his sleep on May 8 at age 87.

To many, Newberg personified the word “mensch,” a Yiddish word meaning “a man of integrity and honor.”

“His real calling was to be a Rabbi,” was the message often conveyed by his sisters Anna and Mildred. Jewish communal life was a core value and source of meaning and joy throughout his life. Newberg was one of the founding members of the Chavurah (small gathering for prayer services) and Reconstructionist Minyanim (a quorum for worship) movements in Philadelphia and beyond.

According to his son, Jeremey, “The members ... at Germantown Jewish Centre took great joy listening to the beauty of his strong voice while [chanting] prayers during weekly Shabbat services. He was a fixture for chanting the marathon Kol Nidre and Ne’ilah services that start and conclude the Yom Kippur Day of Atonement.”

Elliott Seif, fellow Mt. Airy resident, friend and professional colleague when Seif taught at Temple University in the College of Education from 1970 to 1982, told us, “Norman was an extraordinary human being in so many ways as a Philadelphia educator and as a Jewish activist and scholar.”

In a profile of Newberg for the University of Pennsylvania Graduation School of Education News, Lauren Holmes wrote “The disintegration of society in urban America is perhaps nowhere more apparent than in the halls of its schools. Dr. Norman Newberg, senior fellow at the Graduate School of Education, sought answers to this and other societal concerns by traveling overseas … and studying other school systems. He visited schools and talked with scholars, teachers and administrators in countries as diverse as Germany, Israel and Japan. He observed classes, stayed with families and listened to students. He found answers that could transcend the boundaries of geography and culture.”

From 1967 to 1983, Dr. Newberg led the Affective Education Office in the School District of Philadelphia, creating programs designed to improve classroom and school climates. These programs and initiatives made a significant difference in achievement levels and in the lives of both students and teachers.

Dr. Newberg's ground-breaking book, “The Gift of Education, How a Tuition Guarantee Program Changed the Lives of Inner-City Youth,” captures the triumphs and obstacles faced by African American youth living in West Philadelphia who were guaranteed a fully-funded college education by philanthropist George Weiss. Several of the students flourished because of the promised scholarships, while some others could not break the cycle of poverty or overcome the lure of quick but illegal income.

Newberg was the son of Herman and Yetta Auerbach Newberg, who owned a corner grocery store in the Ludlow section of North Philadelphia.

His love of theater and poetry helped him overcome a reading disability, and he became the first in his family to go to college. He graduated from Temple University with honors and earned a doctorate in education at the University of California, Santa Barbara.

In the last chapter of Newberg's career, he founded and managed the Say Yes To Education college scholarship program. It is now a national program that provides not only scholarships but also a full range of counseling, tutoring and healthcare services for low-income, public-school students and their families.

According to Jeremey, “For most of their 45 years together, Adina and Norman cultivated a loving community of friends, especially young rabbinical students, by hosting Shabbat dinners and lunches. Family, Judaism, service to help improve public education and a deep love of the Yiddish language, humor and song served as the core values for his life.

“Since the early 1960s, he lived in West Mt. Airy because he loved the majestic beauty of trees and green space and the culture of a neighborhood that welcomes people from diverse backgrounds, races, religions and incomes to live in peace.”

Dr. Newberg is survived by his wife of 45 years, Adina; daughter, Noga; and sons, Liam and Jeremey; son-in-law, Andrew, and daughter-in-law, Fran; as well as grandchildren, Jessica, Sofia, Lev and Liat. His eldest son Josh died in 2007.

Funeral services were conducted May 10 at the Germantown Jewish Centre. Donations can be made in Newberg's honor at donate.hazon.org or yeahphilly.org.