Hold-ups on the hill draw concern for business owners

In the wake of three attempted robberies along Germantown Avenue in the past month, two of which were successful, some business owners at both the top and bottom of the hill say they feel wary about …

Hold-ups on the hill draw concern for business owners 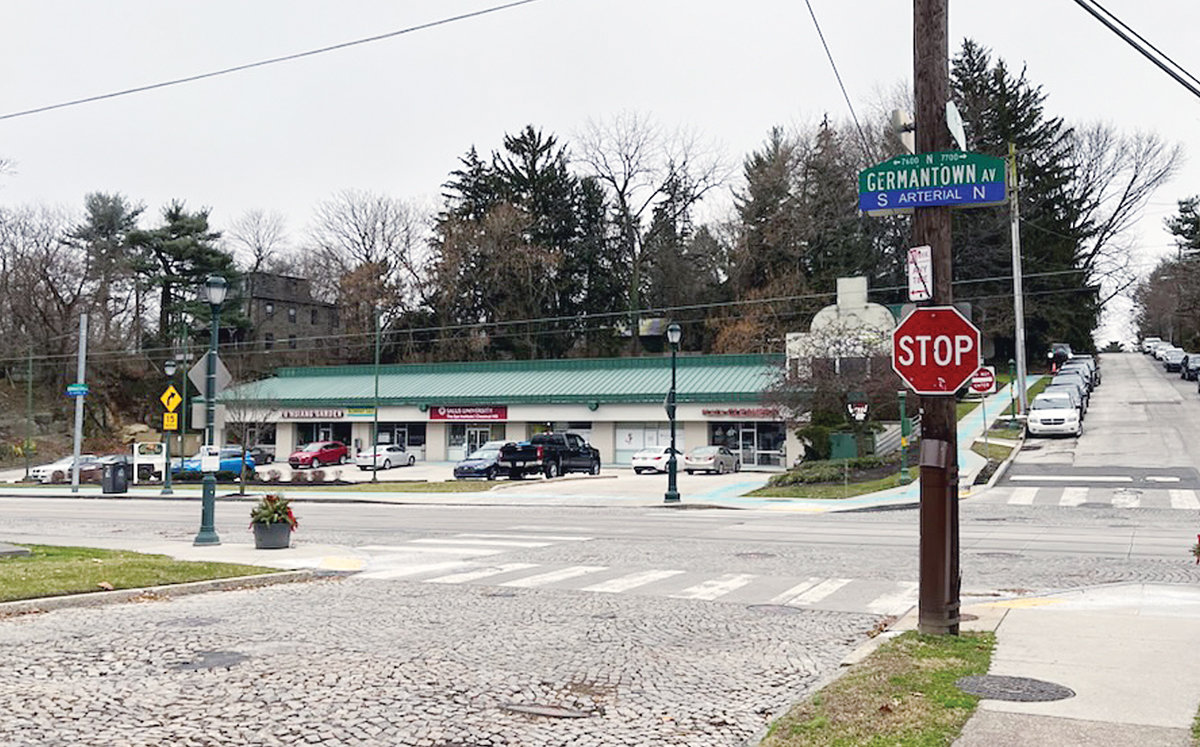 Police are continuing to investigate a string of hold-ups along the lower end of Germantown Avenue over the last few weeks, one of which occurred at this shopping center. Photo by Carla Robinson
Posted Thursday, January 6, 2022 12:00 am
by Tom Beck

In the wake of three attempted robberies along Germantown Avenue in the past month, two of which were successful, some business owners at both the top and bottom of the hill say they feel wary about being the target of future crime.

Most recently, on Christmas Day, Yu Hsiang Garden, a Chinese Restaurant on the lower end of Germantown Avenue near Cresheim Drive, was held up by a man who witnesses say had a gun. The attendant at the register emptied the register for him, the police report said.

Two weeks before the Christmas Day incident, on Dec. 11, the CVS, also located on the lower end of Germantown Avenue, just one block above Yu Hsiang Garden, was also robbed of $5,000 by a man who threatened to have a gun. And that same day, a man who claimed he had a gun tried to rob The Fresh Market, which is located further up the Avenue, on the same block as The Market at the Fareway and one block below the Jenks School. In that incident, the perpetrator fled without taking anything when a third witness entered the store during the attempted robbery.

The hold ups, which new 14th district police captain Austin Fraser called a “geographical pattern,” have caused the district to “reevaluate what our deployment is in Chestnut Hill,” he said.

“We don’t want it to escalate,” he continued, “to the point of somebody getting hurt.”

It’s unclear whether the robberies were conducted by the same person.

Fraser, who just started as the district’s new captain on Dec. 20, had no updates on the robberies from last month, but noted that a detective was actively working on the case.

The Local reached out to people at all three businesses affected by the hold ups, but none were willing to speak. Other store owners, however, wanted to talk about it.

“Whenever you hear about a robbery you wonder when your time will come,” said Brian Reisman, owner of the Hideaway Music record store further up Germantown Avenue, near the Jenks School. “But it’s not something I constantly worry about.”

“It is sort of a scare,” said Molly Ellis, owner of Threadwell Monograms on the 8400 block of Germantown Ave. “Sometimes we have just one person working here, which can be disconcerting.”

It’s a “risk of having a storefront,” Ellis said, who noted that it was difficult to “have our guard up all the time” when you have “all types of people come in.”

Luckily, Ellis said, the businesses on the avenue look after each other.

One time a few years ago, Ellis told the Local, a mentally ill woman entered her store and acted in a way that made Ellis feel “nervous.” She ended up calling one of the neighboring store owners and asked if they could “pop in to neutralize the situation.”

Despite the relative safety of Chestnut Hill compared to the rest of the city, robberies, especially around the holiday season, aren’t completely abnormal or unprecedented.

A few years back, there was a string of bank robberies on the 8600 block of Germantown Avenue, according to Chestnut Hill Business Association executive director Phil Dawson. Ever since then, Dawson said, the block has had two police cars stationed there.

“It seems like during the holiday season thieves know that there’s a lot of people shopping and stores will have more cash on hand and it will make them a target,” said Dawson.

Robberies, along with personal larceny, tend to increase during the holiday season virtually everywhere in the country. These crimes tend to happen more often during the summer, but the holiday season typically sees a temporary rise to higher than average levels. Philadelphia is no exception to that rule.

“That’s been a pattern for a very long time as long as I’ve been in the city,” Fraser said.

Some store owners have complained of the lack of police presence on the avenue. Ellis said she’s “never seen a cop” near her store. Reisman said he “doesn’t see any police presence at all.” Despite the fact that Georgia Doyle, owner of Artisans on the Avenue, said she feels “safe,” she said she’d like to see more police presence in the area as well.

“A lot of the time there’s nobody in the police car,” said Doyle, referring to the car usually parked on the 8600 block of Germantown. “It’s not very threatening.”

Dawson said there used to be a bike cop who patrolled Chestnut Hill “going back six months or so ago.” He said he’d like to see the bike cop return.

“Ideally we would like to be able to keep the 8600 block officers,” Dawson said, “but have that bike cop restored.”

Dawson said he requested a meeting with the 14th district that business owners can attend so they can provide input and discuss safety and patrolling measures.” He anticipates the district getting back to him in “a couple days.”

“I think it would be helpful to have some additional police presence,” he said. “It is concerning that we’ve had three robberies in the past month, and we want to make sure that the businesses and police are being taken seriously.”

Early last week, Stanley Willauer, assistant manager at Pompanoosuc Mills, a furniture store on Germantown Avenue’s 8400 block, had an unusual situation when a man and woman came into his store. No crimes were committed, but the man dragged two chairs from one of the for-sale dining sets to Willauer’s desk and motioned, without speaking, for a pen and paper. Willauer told the Local that the man wrote him a note in “beautiful penmanship” about how he needed $40 for transportation back to Virginia after visiting the area after the passing of his mother. While he wrote, the woman fell asleep.

They weren’t threatening at all,” said Willauer, who said he gave the man $20 - half of what he was looking for. “It was in the middle of the afternoon, and it was very odd.”