“Gideon Mendel: Drowning World” dramatically demonstrates the effects of catastrophic flooding on people in the U.S. and around the world. 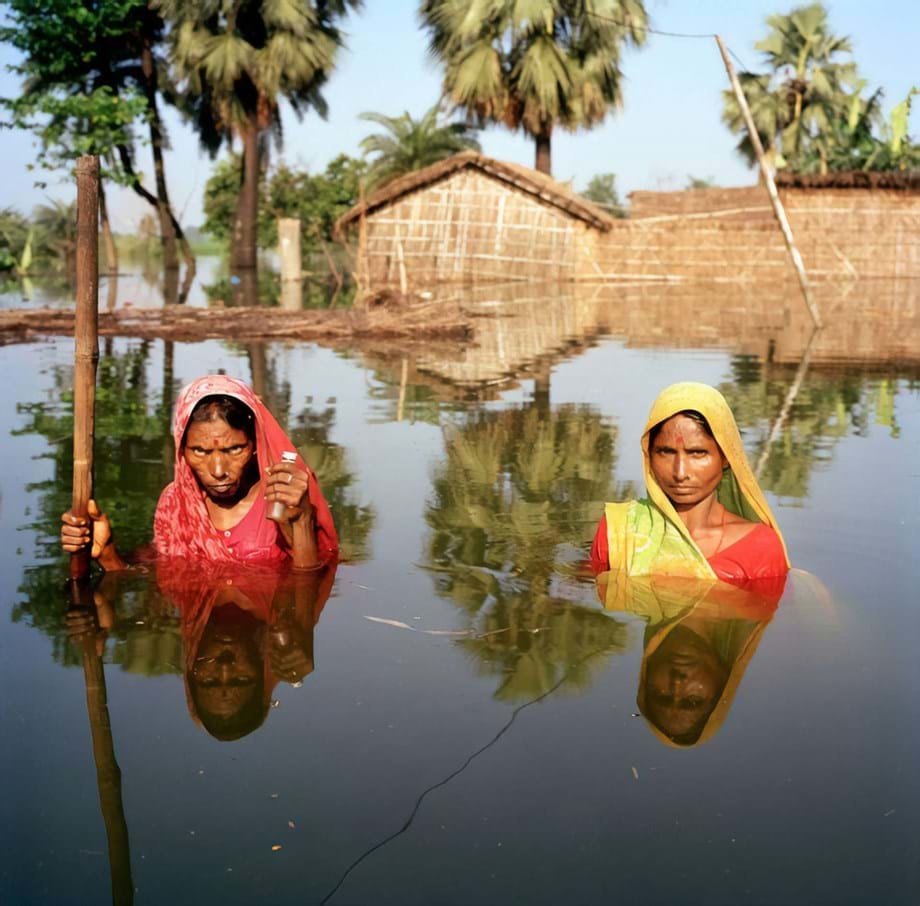 Chinta and Samundri Davi are residents of Bihar, India, caught in a flood in 2007, as seen in the current exhibit. (©Gideon Mendel) 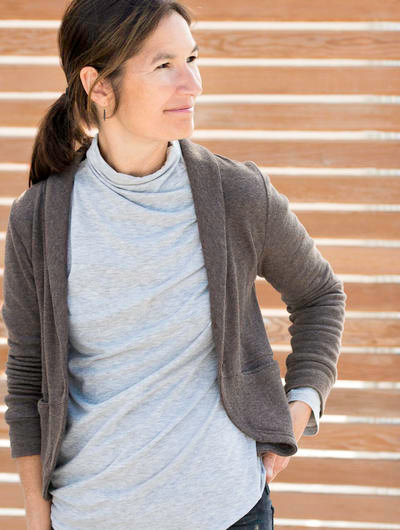 Chestnut Hill resident Marina McDougall is the interim chief learning and engagement officer at the Academy of Natural Sciences of Drexel University. (Photo by Gayle Laird, Exploratorium)
Previous Next
Posted Friday, June 11, 2021 10:00 am
by Len Lear

If you happen to visit the Dietrich Gallery in the Academy of Natural Sciences of Drexel University, 1900 Benjamin Franklin Parkway, within the next few months, you will see one of the most unforgettable photo exhibits about the devastating effects of climate change ever mounted. The exhibit, “Gideon Mendel: Drowning World,” running through Oct. 17, dramatically demonstrates the effects of catastrophic flooding on people in the U.S. and around the world.

Mendel, a South African native, is an award-winning photojournalist whose photos are a stark portrayal of the human condition within the context of climate change. The exhibit features 37 color photos, a found-object display and a video that is the culmination of 10 years of work. Mendel’s images depict some of the poorest and some of the wealthiest communities in the world, all exposed to the floodwater that envelops them.

“While I can’t take full credit for the inspired idea to bring Mendel’s work to the Academy, I find Mendel’s project very moving since he set out to convey the urgency of climate change through the lived experience of people experiencing extreme flooding around the world,” said Marina McDougall, a Chestnut Hill resident for the last four years and the interim chief learning and engagement officer at the Academy.

“Mendel using a Roloflex camera composes arresting portraits that bring home the reality that hurricanes, fires, droughts and sea level rise caused by climate change have arrived. We must act now by advocating and working together towards a better world for us humans and the natural world of which we are a part.”

McDougall, 57, is an arts curator with extensive experience working collaboratively to develop interdisciplinary projects in public educational contexts. “I am passionate about the vital role of the arts in learning,” she said. “A long-term project of mine, 'The Garden of Forking Paths,' is a meta garden, a garden about gardens.”

McDougall was born in San Francisco and grew up in the Bay Area. She studied literature at the University of California at Berkeley with a year abroad studying film in Paris at the Sorbonne. She wrote her thesis on James Joyce’s “Ulysses” and received a BA in 1987. She later studied documentary film at Stanford University, where she received a Master’s degree in communication in 1993.

“Paris felt vast, full of mysteries and beyond my ever coming to know it,” recalled McDougall. “I lived in Monmartre and went to school near the Luxembourg Garden.”

In 2018 McDougall was appointed to lead the process of revitalizing the Philadelphia Art Alliance, one of the first multi-disciplinary art spaces in the U.S. that recently merged with the University of the Arts. She developed the initial program vision for a public arts forum, a “living room for the arts” in the heart of the city.

What brought McDougall to Chestnut Hill? “The stars aligned. My husband, Zane Vella, was the founder of an interactive video company that was acquired by Comcast in 2017. At about the same time, our older son, Milo, accepted an invitation to Cornell University. I have always been drawn to the history of gardens and landscape design, and we found a beautiful house in Chestnut Hill with a wonderful mature garden. Our younger son, Cyrus, was accepted as a freshman at Germantown Friends School.

“Since my first visit to Philadelphia in the mid-1990s, when friends took me to the Mütter Museum, Eastern State Penitentiary and Philadelphia Museum of Art (to see the Duchamp installation) I had been intrigued by the city’s remarkable art, culture and natural science institutions.”

How was McDougall, who has written extensively about the connection between creativity and learning, affected by the pandemic? “Like so many others,” she reflected, “I tried to do my best to adapt and follow public health recommendations. While a number of close friends and family members did fall ill due to the Covid-19 virus, we were very fortunate since no one in my immediate family contracted it. I was mostly affected by the way the pandemic laid bare so many profound social disparities and exposed the need for cooperation on a local, national and international scale, something that is so hard to achieve.”

What is the best advice Marina ever received? “Live a life of kindness.”

What is the hardest thing Marina ever had to do? “Say goodbye to my father.”

More information at marinamcdougall.org or ansp.org. Len Lear can be reached at lenlear@chestnuthilllocal.com