For many, the absence of leafy tree canopies may not rise to the top of a list of urban concerns, but Jasmine Thompson believes in the need for green. 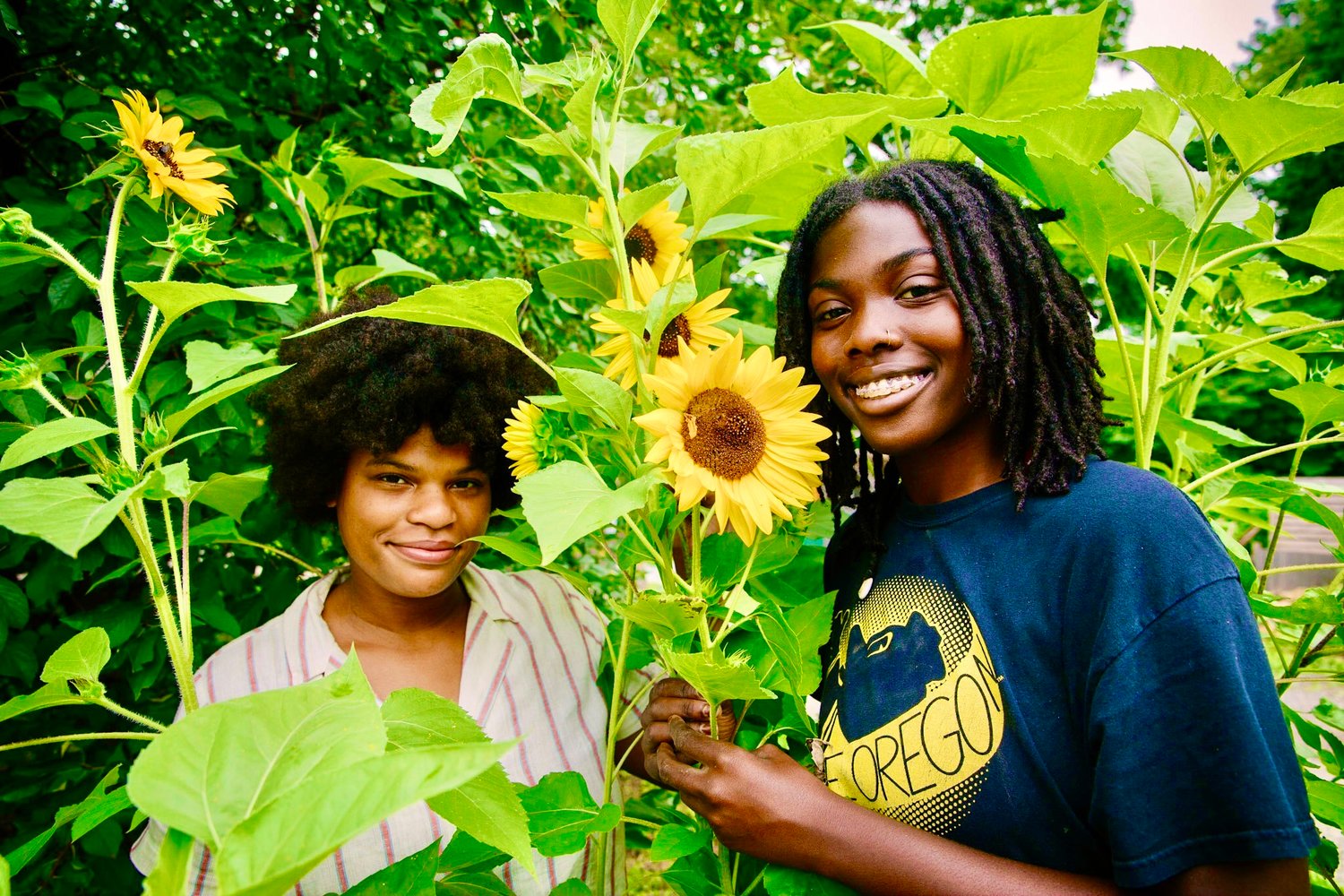 Jasmine Thompson (left) and her assistant, Bakari Clark, who are “using trees to remedy the effects of environmental racism,” supply free trees to low-income zip codes throughout the city.
Photo courtesy of Grid magazine 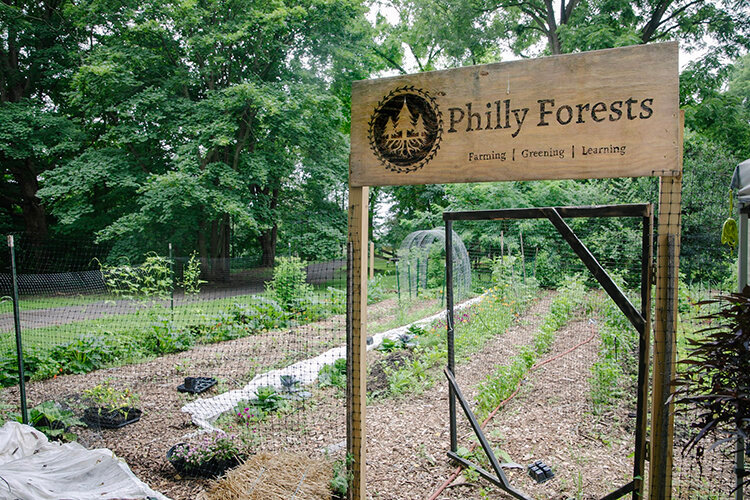 This small farm in East Germantown, started by Jasmine Thompson and her social enterprise, Philly Forests, produces, among other veggies, lots of red bok choy, turnips, Brussels sprouts and nasturtium, all grown organically. It is located within the confines of Awbury Arboretum.
Photo courtesy of Grid magazine
Previous Next
Posted Thursday, January 19, 2023 12:00 am
by Len Lear

For many, the absence of leafy tree canopies may not rise to the top of a list of urban concerns, but Jasmine Thompson believes in the need for green.

Communities with ample tree coverage experience the benefits of plant life that can affect everything from temperature to temperament. Those without, are more likely to experience poor air quality and the effects that come with it.

Thompson is the founder of Philly Forests, a three-year-old nonprofit whose mission is to diversify the city’s ecosystem and work for equity in neighborhoods with low canopy zip codes. The group has planted 405 trees in neighborhoods throughout the city, and plants shrubs and perennials and sustains them. Philly Forests  also runs an eight-acre farming operation at Awbury Arboretum, selling the crops grown at the Germantown Farmers Market.

“We hope that our work highlights the need for socio-environmental revitalization,” Thompson said. “Growing up in Philadelphia, the tree canopy disparity is so apparent to me. As we descend south from the tree-filled Northwest Philadelphia, neighborhoods only reflect the colors offered by concrete buildings. Atmospheric temperatures rise, and pigeons at fast food restaurants are the predominant wildlife to be seen.

Thompson grew up in East Germantown and went to Philadelphia High School for Girls, then Arcadia University as a biology major with the intention of becoming a neurobiologist. She quickly learned that the medical path wasn't for her, but since she always had a passion for whole foods and nutrition, that became her focus.

In 2015, Thompson moved to Northern California and began drafting nutrition curricula for all age groups. She marketed them to nonprofits whose mission included establishing food forests for two neighboring Native American Tribes: the Tolowa Dee-ni' Nation and the Yurok Tribe.

“I quickly fell in love with sustainable farming and food sovereignty,” Thompson said. After moving back to Philadelphia, I worked for several nonprofits that improved urban agriculture and community food system development until founding Philly Forests in 2020.”

Many city neighborhoods have “a lot of corner stores with high fat, high salt, sugary options and fast food heavily centered in those areas as well, which just further disconnects people from food,” Thompson said.

In 2019, Thompson began farming at Awbury Arboretum and later transitioned the project into a traditional CSA (Community-Supported Agriculture), and adopted the reforestation program.

She began Philly Forests with only $200 to purchase seeds for a 20 by 30-foot plot, and three years later she has eight acres, a team of six and an overwhelmingly supportive community. “Long term,” Thompson said, “I plan on buying 10-25 acres to scale up Philly Forests and operate much of the same farming and environmental programming. I additionally plan to begin a yearly internship for 18 to 22-year-olds to discover and realize professional dreams in agriculture, ecology and forestry!”

Thompson and her team currently grow a wide variety of common vegetables while mixing in varieties not found in local markets. Peppers, tomatoes and onions are their favorites to grow. They also tend to persimmon peach and cherry trees, as well as blueberry bushes. “We generally stay away from veggies that take up a lot of real estate like corn, melons, etc.,” she said.

One might think that Thompson’s schedule could not leave time for much else but trees and vegetables, but one would be mistaken. A classical music pianist, she tackles a new Chopin Nocturne each year. In 2022, she finished Nocturne Opus 55 no. 1 in F minor, and this year she is diving into Nocturne Opus 27 no. 2 in D-flat major! “I plan on playing at the Germantown Espresso Bar's Open Mic,” she said, “when they open their new location on Germantown and Johnson!”

For more information, visit phillyforests.com. Len Lear can be reached at lenlear@chestnuthilllocal.com