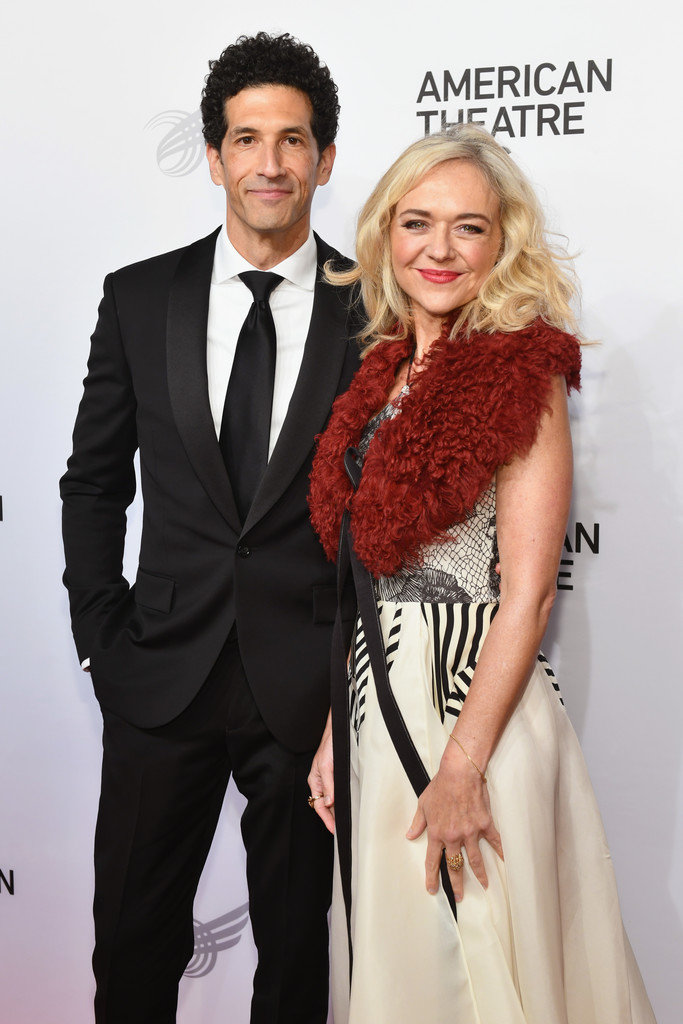 Over the course of 5,000 years, the Antrobus family (their name comes from the Greek meaning “human” or “person”) manages to dodge apocalypse after apocalypse — a fire, a flood, the Ice Age, plague, a dozen wars, etc. — all by the skin of their teeth. Written in 1942 by Thornton Wilder and awarded the Pulitzer Prize for Drama in 1943, the play is a three-part allegory about the life of mankind that centers on the Antrobus family of  the fictional town of Excelsior, New Jersey.

The phrase used in the title comes from the King James Bible, the Book of Job 19:20: “My bone cleaveth to my skin and to my flesh, and I am escaped with the skin of my teeth.”

The production, currently being presented by Mt. Airy's Quintessence Theatre Group through Aug. 1, features real-life husband and wife Rachel Bay Jones as Mrs. Maggie Antrobus and Benim Foster as Mr. George Antrobus. Jones may be best known for her Tony Award-wining role in “Dear Evan Hansen.” Foster, known for his work on Broadway in “Disgraced” and “Barefoot in the Park,” last appeared at Quintessence as Shylock in “The Merchant of Venice.”

Foster, who declined to state his age, performed that legendary Shakespearean role on the Mt. Airy stage about 10 years ago. “But I had such a good time then and learned so much working at Quintessence with Alex Burns (Quintessences' Founding Artistic Director), that I told him anytime he wanted me back to just give me a call.”

Well, it may have taken a decade, but Burns believed that Foster would be just right for the part of George Antrobus. Foster has joined his wife and others in the Theatre's first fully in-person performance since the pandemic began. The actor/producer admits it's a pleasure to be back on stage again after sch a long hiatus, and it's equally great to be working with his wife. “Too often our careers head in different directions, so t's really wonderful to have the chance to work together in this play.”

Foster, who comes from Long Island, originally developed an interest in theater when he was in high school. “But as time went on, it shifted from me thinking of it as no more than a hobby to my seriously considering it as something I could make a career out of and do for the rest of my life.”

So with that in mind, Foster headed first to the University of Florida, then to graduate from the North Carolina School of the Arts and eventually study at the William Esper Studio. From there, Foster's career began to take off. In addition to his Broadway credits, he has appeared in the national tour of “Twelve Angry Men.” He's also done film and TV work and admits enjoying it all.

“Doing creative work anywhere I can is what I enjoy most,” he said, “but always with an eye toward good storytelling. And this play is a fine example of that. It's storytelling at its finest.” And now, because the pandemic seems to be winding down, people in the theater hope to be getting back to doing what they love most.

“We all hope to be making a comeback, finding work wherever we can. As for me, I just think we all have to take it a day at a time. And as always in this business, you never know where tomorrow will lead you. You just have to be ready.”

This production will be on demand, and tickets can be purchased at the company's website, www.QTGrep.org, or at the box office. For more information, call 215-987-4450.