Good Karma in Mt. Airy: Journey from ‘troubled youth’ to a best-selling author

Karma Wilson, author of the bestselling Bear books for children, is coming to Mt. Airy with her new book, “A Dog Named Doug.” Bring the kids AND the dogs to Ned Wolf Park on Saturday, June 30, 11 …

Good Karma in Mt. Airy: Journey from ‘troubled youth’ to a best-selling author 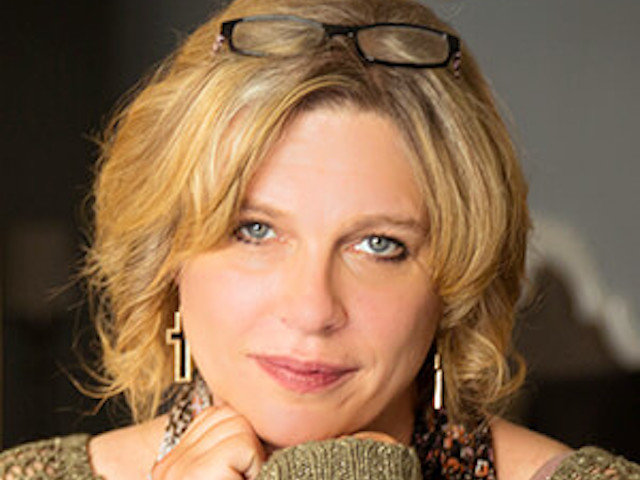 Karma Wilson, author of the bestselling Bear books for children, is coming to Mt. Airy with her new book, “A Dog Named Doug.” Bring the kids AND the dogs to Ned Wolf Park on Saturday, June 30, 11 a.m., for story time fun![/caption]

Karma Wilson, who will do a book signing and reading at Ned Wolf Park, 7018 McCallum St. in West Mt. Airy, on Saturday, June 30, 11 a.m., does not fit the profile one might expect of a best-selling author, which she certainly is. Karma, 47, grew up in the wilderness of North Idaho, a light year away from anything that could remotely be considered a media center. Her home’s TV reception was limited to three channels, of which one came in with some clarity.

Karma, the only child of a single mother, told us that “my childhood was a little bit rough in a lot of ways, and I actually didn’t graduate high school due to being, um ... a troubled youth. But I did go on to get my GED and then took classes at Clatsop Community College in early childhood education. I was a young mom running a home daycare at the time.

“I actually never knew my dad growing up. My mother raised me by herself, and she is a noted addiction and recovery author, but she also was the first woman water deputy in Priest Lake, Idaho, and then ran a very successful consignment clothing store in Sandpoint, Idaho.”

As an only child in a sparsely populated area, there was not much for Karma to do but play outdoors and read, and read she did. By the age 11 she was reading about a novel a day. According to her website, “She was even known to try to read while riding her bike down dirt roads, which she does not recommend as it is hazardous to the general well being of the bike, the rider and, more importantly, the book.”

(By the way, the reason for Karma’s name was that “My mom, Shelly Marshall, has spiritual views, and the Hindu/Buddhist concept of Karma is one of those views. She almost didn’t give me a last name, but the nurse talked her out of it. I HATED my name growing up, since nobody knew what it meant. And I really hated it when Boy George wrote ‘Karma Chameleon,’ and all the kids teased me mercilessly by singing it wherever I went. I was not popular, so any opportunity to tease me gleefully was pounced upon. But now I rather love my unique name.”)

Karma has no college degrees, but she worked in group homes for the elderly and adults with disabilities. Then, when she had her own children, she shifted to providing home daycare. At the age of 27, the mother of three young children found that when she took her kids to the local library, they did not like many of the children’s books they found there.

The obvious solution: Karma would write her own books! The only problem with that solution: Karma would have to find an agent who believed in her. As any unpublished would-be author knows, finding such an agent is about as easy as playing center field for the Phillies if you have never played baseball before.

“I had at least 50 rejections,” she said. “I never counted them, but I can tell you I only got two that were signed by an editor and not form letter rejections.” After three years filled with rejections, Karma was finally accepted by book agent Steven Malk (who had already rejected her once, which she never lets him forget). Her first book, “Bear Snores,” was released in 2002.

Since then Karma has had more than 30 books accepted for publication. Many of those are on the shelves of libraries and bookstores around the world. Her books have received numerous state and national awards, been translated into dozens of languages, and a few have made an appearance on the New York Times bestseller list.

This Saturday morning, Karma’s books will be for sale, and Karma will be signing books at the end of the event, which is sponsored by Big Blue Marble Books, 551 Carpenter Lane. Some of the best sellers in Wilson’s Bear picture book series are “Bear Snores On,” “Bear Feels Sick,” “Bear's New Friend” and “Bear Can't Sleep.”

“These have long been favorites at our store,” said Elliott batTzedek, of Big Blue Marble, “and we're so excited to be hosting the only Philly stop on her book tour!” Karma’s newest book is ”A Dog Named Doug.” Dogs are invited, by the way, to Saturday’s event.

There are hundreds, if not thousands, of writers of children’s books in the U.S. What is it about Karma’s books that have struck a chord more so than so many other kids’ books? “I’m only guessing,” she replied, “but I think kids appreciate books that don’t talk down to them. I do not dumb down vocabulary or make their mistakes the cute butt of my books’ punch lines.”

What is the best advice Karma ever received? “Don’t underestimate children. They are far more intelligent, curious, capable and resilient than we imagine. My grandfather taught me this, and he was so right!”

What is the hardest thing Karma has ever done? “Being a parent. Yes, it’s a cliché answer, but it’s true.”

If Karma could meet anyone on earth, living or dead, whom would she choose? “My half-sister, who committed suicide before I got to meet her. I want to hear her advice, introduce her to my children and granddaughter, have her introduce me to her son, go shopping together, tell her my new favorite song and all the other things sisters do together.”