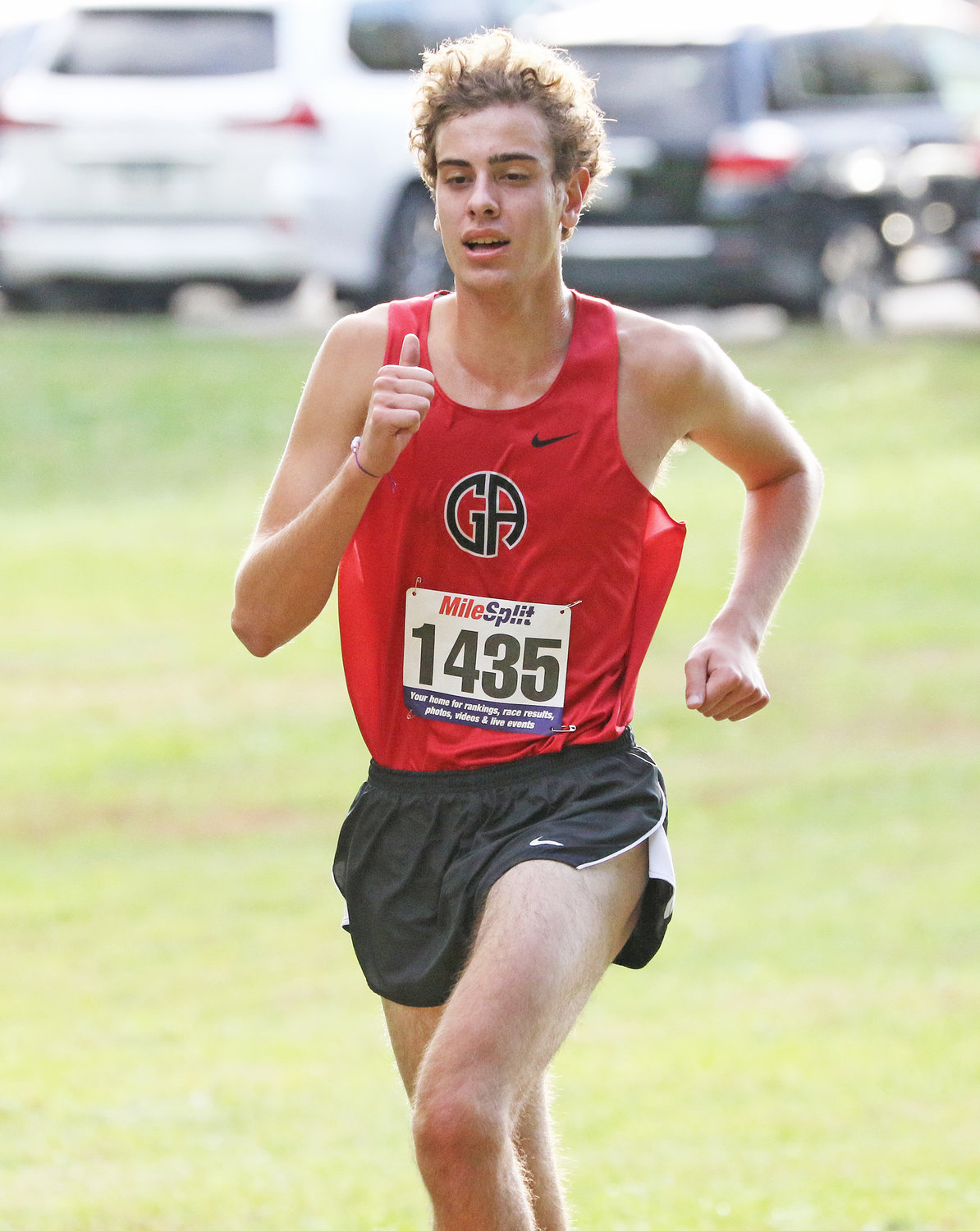 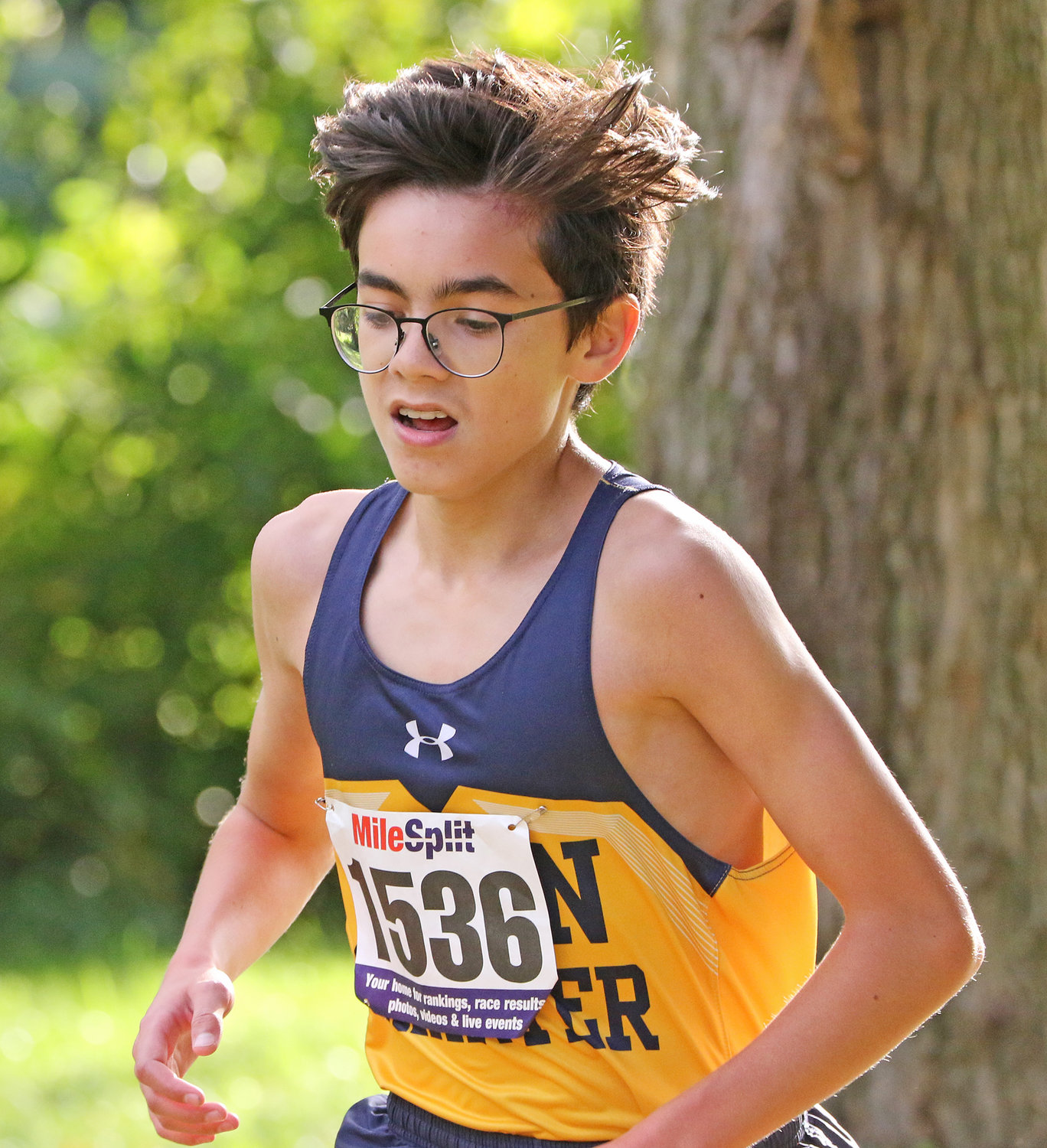 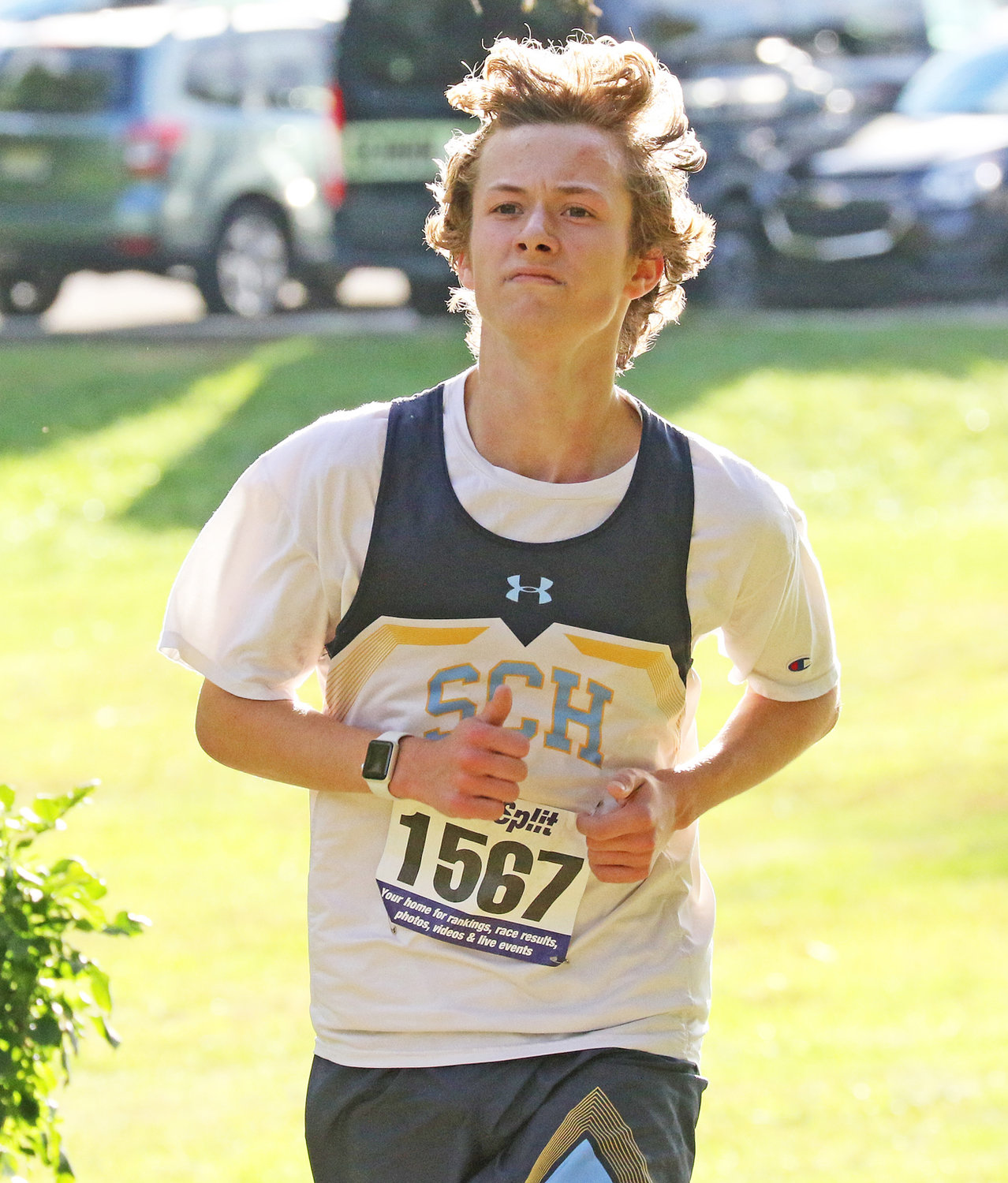 For several years in a row, the question in Inter-Ac League boys' cross country events and in distance events on the track was not who was going to win a championship, but who would come in second. After he began to devote himself fully to running in the winter of his freshman year, Germantown Academy's Robert DiDonato proved unbeatable.

The Patriots phenom has now moved on to Stanford University, and new possibilities have opened up for the runners in his former high school league.

After the 2020 hiatus, the Inter-Ac cross country championship meet returned to Belmont Plateau last Monday, October 18. The winners in the team standings were the three Main Line schools, Episcopal Academy (21 points), Malvern Prep (70) and Haverford School (73). They were followed by the three teams from east of the Schuylkill, Penn Charter (95), GA (124), and Springside Chestnut Hill Academy (144).

While top individual honors went to EA junior Aidan McHugh with his time of 17 minutes, 5.8 seconds, the runner-up was an understudy of DiDonato's, current GA senior Alex Badami (17:24.8). Badami said that he had also looked up to 2020 GA grad Matt Sandifer, a top-three finisher in the league during his last two seasons.

"Matt Sandifer was a huge mentor for me," he said. "At GA, there's always been someone out in front of me for workouts, for races. This is a transition year; I had to step up myself. There was no absolutely dominant runner, so other people had opportunities."

Penn Charter had been hoping to at least crack the top three in the team standings, but the Quakers suffered a setback when their number one, senior Liam McCafferty, was sidelined with a strained calf muscle days before the championships. Their standard bearer at the league meet was junior Wesley Trautwein, who finished seventh overall in 18:07.8. Malvern's lead runner, junior Jake Marrone, was just ahead of him in 18:05.0, but before that Episcopal had backed up McHugh's winning effort by taking third, fourth, and fifth place. The three Churchmen here were juniors Connor Hanrahan (17:46.9) and Dakin Ebmeyer (17:58.4) and sophomore Nicky Criville (17:59.2).

Just after PC's Trautwein completed the race, EA locked up the team title as senior number five James Austin nabbed eighth place overall in 18:09.7. It was an impressive performance by the Churchmen, who had been even more dominant in the JV boys' race earlier in the afternoon.

After that, senior Colin Stewart became the first Haverford School runner to cross the line (ninth in 18:12.9). The Fords also took 10th place and had their other scorers come in together at 17, 18, and 19. This still left them three points short of Malvern, which followed up Marrone's effort with three more runners in the top 16 and its fifth finisher in 25th place.

Following Badami's second-place performance, Germantown Academy fans had to wait awhile for the next red singlet to appear. It belonged to sophomore Lucas Philip, who came in 27th with a time of 19:50.1. Junior Chaz Murgia was just over a minute behind, 29th in 20:00.7. The other scorers for the Patriots were seniors Henry Wescott (32nd; 20:37.2) and Trip Wagner (34th; 20:54.7).

In a regular-season tri-meet at Belmont involving SCH, Penn Charter, and Episcopal, a trio of EA runners formed a small lead pack and finished together. At the championships, two Churchmen were out front (McHugh and Hanrahan) after the first loop of the open part of the course, with GA's Badami close behind.

When the runners began to emerge from the wooded section of the Belmont circuit with roughly a mile remaining, McHugh was the clear leader while Badami and Hanrahan were together as they started to climb the last significant hill on the course.

"It's sort of a wordless communication," said GA's Badami. "It's good having somebody there to help push me to where I want to be. At that point in a race, everybody's hurting, and it's a question of can I stand the hurt more than you can."

In the end, roughly 20 seconds separated Badami from the winner, McHugh, and also from the third-place finisher, Hanrahan. Even when reflecting upon a strong performance, goals can be developed for future races.

"Happy, but never satisfied, is how we like to put it," noted the GA senior. "For the next race, I don't want to let a gap form between me and the number one guy. I let that gap form today, and that really changes your approach. Even when things are happening on a large scale in a big meet like this, everybody is really out there racing his own miniature race."