Fundraiser in Glenside to benefit boy with rare disease 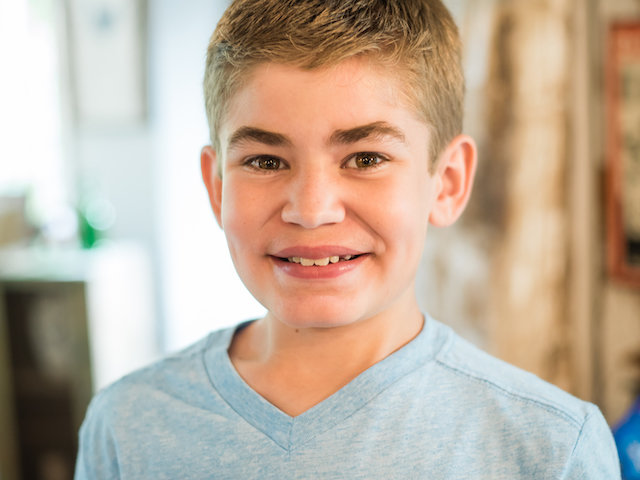 Connor’s Warriors, a group of family and friends of Connor Dobbyn, will host Boot Camp for a Cure, a 60-minute, Spartan-based boot camp class, taught by instructor Matt Mangol from 9 a.m. to 10 a.m. at Alpha Base Camp, 1100 E. Mermaid Ln. in Glenside on Sunday, Oct. 20. The cost is $20, and the class is open to all ages and abilities.

All funds raised that day will go directly to the Connor Beats Sanfilippo Fundraiser to benefit The Cure Sanfilippo Foundation, a nonprofit organization whose mission is to “advocate for and fund research directed towards a cure and treatment options for patients with Sanfilippo syndrome.”

Sanfilippo, or MPSIII, is a rare, progressive, neuro-degenerative and metabolic disorder. Roughly, one in 70,000 children are born with the inherited condition. The disease, which is described as “childhood Alzheimer’s,” is caused by a lack of an enzyme that normally breaks down and recycles a large sugar molecule called heparan sulphate, a natural cellular waste. The disorder primarily affects the cells in the brain and spinal cord.

Marisa DiChiacchio, 43, of Glenmoor in Chester County, will never forget the day her life changed forever. It was Wednesday, April 24, 2019. She and her ex-husband, Mike Dobbyn, 42, who is a financial adviser for Merrill Lynch, had decided to get genetic testing done again after their oldest son Connor, who was initially diagnosed with autism in kindergarten, continued to fall behind his peers intellectually and developmentally.

DiChiacchio, a recruiter for Maximum Management Frazer Jones in New York City, broke down crying on the phone as she recalled getting the results back. She said the woman on the phone said her son had something called Sanfilippo syndrome, type IIIC (one of four types with type A typically being the most severe.) DNA testing results showed that both DiChiacchio and Dobbyn are carriers of the mutated gene that causes Sanfilippo.

“The woman on the other end was just talking, and my mind was going a million miles an hour,” Connor’s mother said. “Finally, I said to her ‘I don’t understand. What you are saying to me?’ And the social worker said, ‘It’s a life-shortening condition.’”

DiChiacchio immediately got off the phone and Googled it. She was shocked and wondered why she had never even heard of this horrible disease.

“It’s devastating that there’s a disease out there that’s terminal, and we’ve never even heard of it,” she said. “Only one in 1.5 million kids get his exact strand. It’s the rarest of all of them, but the most high-functioning, which is good.”

Unfortunately, pharmaceutical companies don’t fund research for clinical trials for rare diseases like Sanfilippo syndrome because there is “not enough money in it for them.” So families like Connor’s are forced to hold fundraisers and ask corporations and businesses for donations in an effort to fund research and clinical trials.

It’s why Connor’s family decided to go public on Aug. 23 and launch “Connor Beats Sanfilippo” campaign to raise money for the first clinical trial to treat Connor’s form of the disease.

According to SanfilippoNews.com, the gene therapy was developed at the University of Manchester in England, and licensed by Phoenix Nest, a biotech company based in the United States.

Before launching the campaign on social media, the couple sat down with their 9-year-old son Keenan to explain Connor’s disease to him. DiChiacchio said they used the analogy of a vacuum cleaner.

She said they explained to him how our bodies naturally clean our cells to get the junk out. And how Connor’s cells were missing enzymes or “C vacuum” to clean the cells in his brain and spinal cord.

“We told him it’s causing the junk to gradually build up in his brain and body which is affecting his speech and motor skills.”

DiChiacchio said Connor is like any other kid. He loves playing sports – baseball, basketball and soccer. He loves going to the beach, amusement parks, birthday parties and celebrating the holidays.

DiChiacchio was devastated to think that one day her 11-year-old son, who has “a bigger than life personality” and “a heart of gold” could one day lose his ability to talk, walk or even give hugs.

“Everybody always says he gives the best hugs,” she said, her voice choking back tears. “That’s when we decided [as a family] we were not just going to let this happen. We owe it to Connor and our family to band together. We decided that we were going to raise awareness and money to bring this clinical trial to a reality. That’s our mission.”

“One of the Spartans’ mottos is ‘Never give up,’” she added.

Since launching the campaign seven weeks ago, the family has already raised approximately $75,000.

DiChiacchio said the Boot Camp for a Cure, a Spartan-based boot camp class, is the ideal fundraising event because Connor completed his first Spartan race when he was just eight years old with her and his younger brother Keenan, who was 6 years old at the time.

Recently, Keenan told his mom he noticed that whenever Connor falls down and gets hurt, he immediately gets right back up. Connor’s mother explained that one of the symptoms of Sanfilippo syndrome is that children have a higher tolerance for pain. Or maybe, it’s because Connor has the heart of a true Spartan warrior and “refuses to give up,” she said.

For more information about Connor Beats Sanfilippo or to make a donation, go to ConnorBeatsSanfilippo.com. Visit CureSFF.org to learn more about Sanfilippo Syndrome and the efforts to find a cure.