Springside Chestnut Hill Academy didn't lose a game during the abbreviated 2020 season, and in their last full campaign in 2019 the Devils achieved the rare feat of winning the Inter-Ac League championship with a 12-0 record. 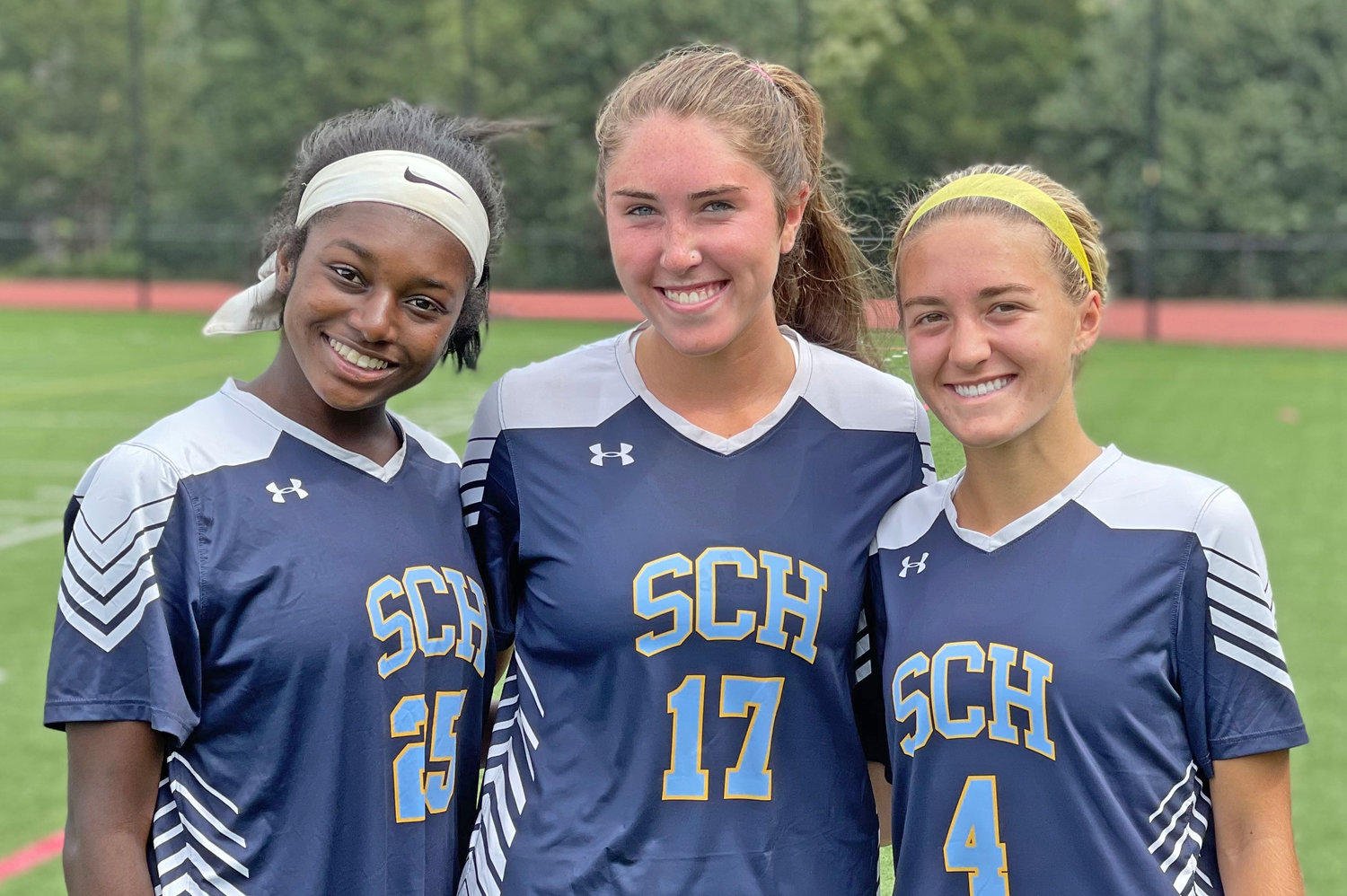 It's apparent that a coach feels she has a lot of talent on her team when she subs in 10 players at the same time. That's what sixth-year Springside Chestnut Hill Academy head coach Maria Kosmin did during the school's initial girls' soccer scrimmage last week.

The Blue Devils divided their scoring evenly between the halves as they overwhelmed visiting Lansdale Catholic, 6-0.

SCH didn't lose a game during the abbreviated 2020 season, and in their last full campaign in 2019 the Devils achieved the rare feat of winning the Inter-Ac League championship with a 12-0 record.

Springside Chestnut Hill's 2021 roster features half-a-dozen seniors, as well as a powerhouse junior class of 13 players, four of whom were on the varsity squad as eighth-graders.

The senior captains are forward Maya McDermott, defender Olivia Myers, and midfielder Lauren Sullivan, and the other 12th-graders are forward Virginia Perry and defenders Ava DeLisle and Ava Schreiber. The only one who has made a college commitment thus far is the Syracuse-bound McDermott, who is also a member of the U.S. ODP (Olympic Development Program) Under-17 Team.

The three captains and Perry started in last week's opening scrimmage, along with seven juniors. Ellie Stratz has stepped into the starting role in the goal cage, with defenders Abby Fitzmaurice, Brigid McDonald, and Julia Thomson in front of her. Mids Bella Brown and Mary Trudeau and forward/mid Lisa McIntyre also started against LC.

The other juniors on the squad are defenders Madison Major and Maia Mocharnuk (a Norwood Fontbonne Academy grad), mid Amanda McNesby, and forwards Lanie Franklin, Carly Hirshka, and Abby Kenkelen.

The three sophomores on varsity are mid Alex Reilly and mid/forwards Brynn Donohue and Abby Udowenko. The lone freshman is reserve goalie Gracyn Lee-Torchiana. This year, all of the new players on the varsity roster have come up through either the SCH junior varsity or middle school programs.

Against Lansdale Catholic in last week's game-format scrimmage, McDermott opened the scoring for the Blue Devils, and strikes by Perry and Kenkelen made it 3-0 at the half, After the break, a second goal by Perry and markers from Brown and Udowenko completed the total for SCH.

Joining the varsity coaching staff this fall is Namit Deshpande, who played for the Indian Under-17 National Team and also for the Philadelphia Union Academy. After an injury, he decided not to play in college and is now pursuing a master's degree in the field of computer engineering at Drexel University. He previously coached the junior varsity squad at SCH, and this is his third year at the school.