In six basketball games over the course of two nights last week, the playoff field in the college summer league was whittled down to two finalists. 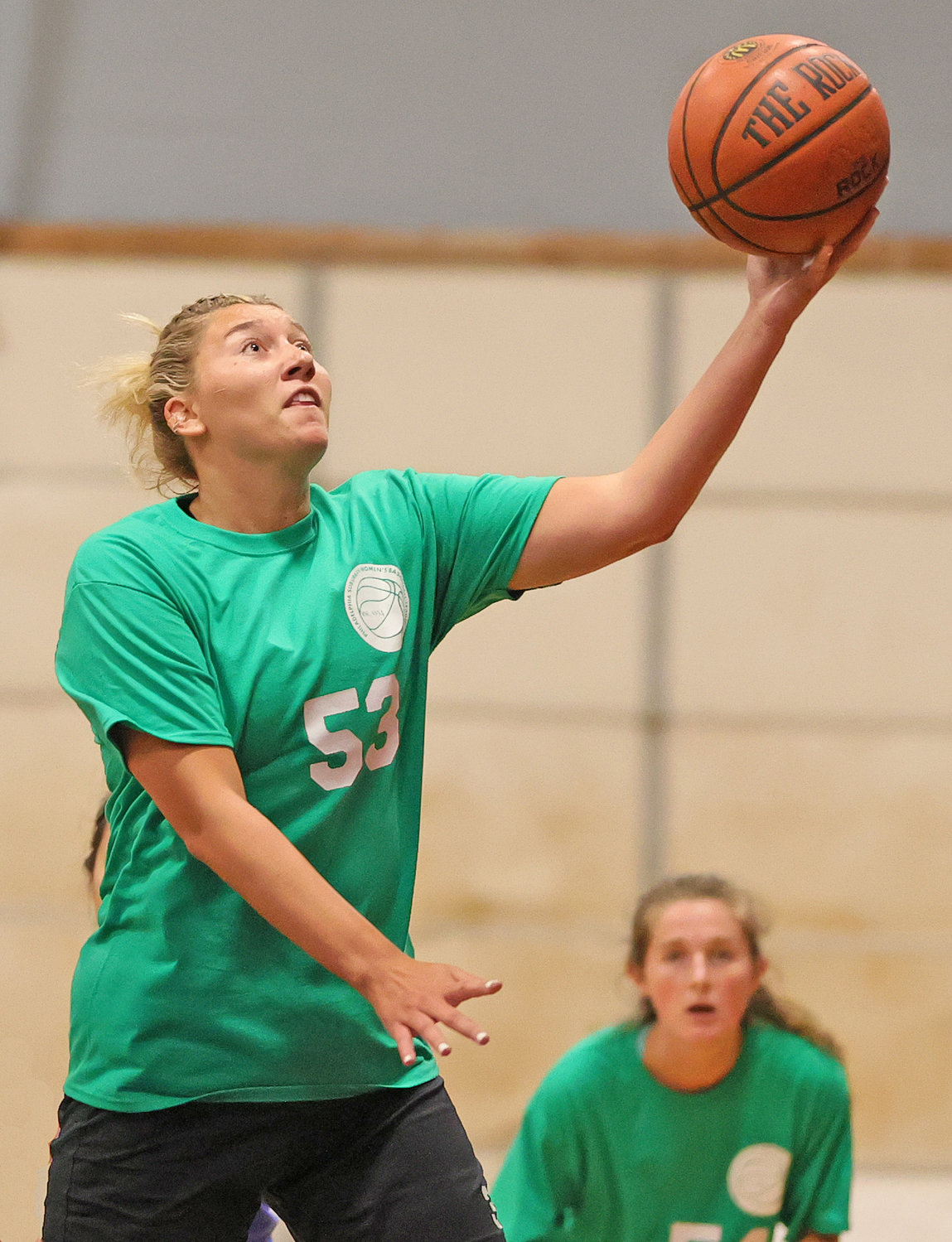 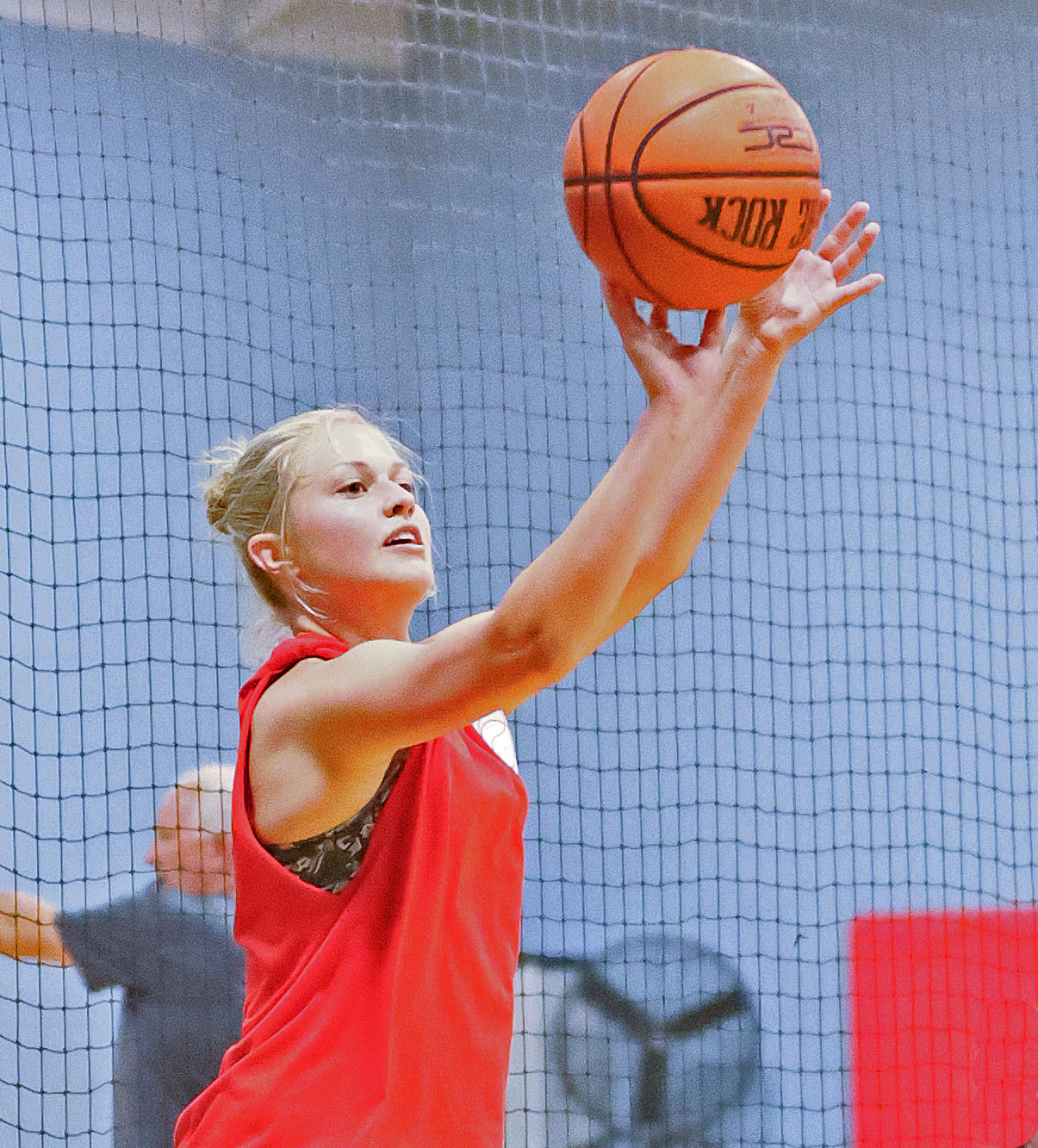 In six basketball games over the course of two nights last week, the playoff field in the college summer league was whittled down to two finalists.

The players from Chestnut Hill College, known as Team Red, would not be headed back to the finals this time, winning a quarterfinal game on Tuesday, but then losing in one of Thursday's semifinals, 62-53, to Jefferson University's summer squad, Team Black.

The defending champions, a group of University of the Sciences alumni known as Team Heather Maroon, would get to defend their title, beating Team Columbia Blue (Holy Family University) in the other semifinal, 57-43. There are no current USciences players, since the West Philadelphia institution has merged with St. Joseph University and its athletics program ended with the conclusion of the 2021-22 academic year.

Last Tuesday's quarterfinal round marked the end of the line for several Germantown Academy graduates playing in the league; sisters Sarah and Charlotte DiLello on Team Orange (mostly Ursinus College), and Alexa Naessens on Team Kelly Green (an eclectic mix of players).

Seeded eighth, Orange had to face top-seeded Team Red from Chestnut Hill College. Orange kept pace for a few minutes, then Red began to move ahead toward a 22-15 lead at the end of the first quarter. The CHC squad was up 43-22 at halftime, and kept the margin above 20 points the rest of the way to win 86-59.

Each of the DiLellos sank one three-pointer for Team Orange, Charlotte (a rising sophomore at Ursinus) collecting six points and Sarah (a junior) recording five.

Naessens' summer run came to an end when seventh-seeded Kelly Green lost, 68-59, to number two Heather Maroon. Kelly was only trailing 14-12 at the close of the first quarter, but was down by 10 points at the half. Maroon, a veteran squad, fended off several comeback attempts by Kelly in the second half.

In her swansong, Naessens led her team with 16 points on seven field goals and two free throws. Later this month, the recent Colgate University graduate will head to England to play professional basketball in Colchester. Her friend Jessica Huber, who had a game-high 27 points for victorious Maroon, plans to play in Spain.

Fifth-seeded Team Black had gotten spanked by West Chester Purple during the regular season, and in Tuesday's quarterfinal Purple went up 8-1 before the Jefferson group could manage a field goal. Black had made up ground by the end of the quarter, when the count was 23-18, and the halftime gap was only three-points, with Purple ahead 32-29.

Increasingly, the Jefferson defense forced turnovers out of the West Chester ballhandlers, and with six different players scoring in the third quarter, Team Black won the period 19-5 and took an 11-point advantage into the final frame. Purple got back within two points on one occasion, but Black expanded its lead again to win 59-51.

The fourth semifinalist was Holy Family University's Team Columbia Blue, which dispatched Team Pink, 52-28. Pink (Kutztown University) led 6-4 at the end of a low-scoring first quarter, but Columbia took over the lead and moved away as Pink continued to struggle to find the hoop.

The first semifinal on Thursday pitted top-ranked CHC Red against the fifth seed, Jefferson Black. During the collegiate season last winter, Chestnut Hill had finished first in the regular season in the Central Atlantic Collegiate Conference, but then lost to Jefferson in the conference playoffs.

A summer version of that scenario played out last Thursday, with Jefferson Black knocking the CHC squad out of the playoffs after Red had come out of the regular season as the top seed.

In the quarterfinals, the Chestnut Hill team had not played with much intensity, but they were able to get away with that against the lowest seed in the playoffs. Jefferson, on the other hand, had to come from behind to prevail against a higher-seeded rival in their quarterfinal.

Each team had nine players turn out for the semi's, but while Jefferson had most its impact players on hand, CHC was missing height in Sekerak (6'2") and Lindsey Lane (5'11") and was also playing without Division I transfer Siobhan Boylan.

Early in the game, Orloski drilled two three-pointers for Team Red, but Yencha and Haley Meinel each executed three-point "and-one" plays for Team Black, which had three other players score as it went ahead 14-8.

Near the end of the half Black led 22-17, then a lay-up by Black's Emily Spratt was answered by her sister Abby for Chestnut Hill. Black's Morgan Rosinson, who played a fine game at point guard, made a successful drive at the end to make it 26-19 at the end of the quarter.

Late in the first half the teams were still separated by seven points, then with four seconds left a lay-up by Yencha made it 40-31 at the intermission.

Freshman Sara Tamoun of Team Red began the second half with a three-pointer, and a free throw by Chmiel and a reverse lay-up by Bri Hewlett pared the lead down to three points, but Jefferson came back with the next four points. Team Black guard Emma Kuczynski scored four points in the third quarter after posting four in the second, and with about four minutes left in round three back-to-back baskets by freshman Jordyn Thomas bumped the Team Black lead into double figures, 50-39.

The margin was back down to nine at the three-quarter mark (52-43), but CHC Red would never again get as close as it did at the start of the second half. There was a nine-point gap once more at the final horn.

Kuczynski led a list of nine Jefferson scorers with 10 points, while Meinel and freshman Tori Nigro had eight apeice. CHC had Orloski and Hewlett deposit 10 points apiece. Tamoun had nine points on three three-point field goals, but overall the Red Griffins did not shoot well from the outside.

In the second semifinal, the wily veterans of Heather Maroon rocketed ahead 13-2 over the first five minutes, but Columbia Blue climbed back within four points (18-14) by the end of the first quarter. Holy Family's summer Tigers scored first in the second period to make it a two-point contest, but the former USciences Devils drew away again and kept their distance after that.