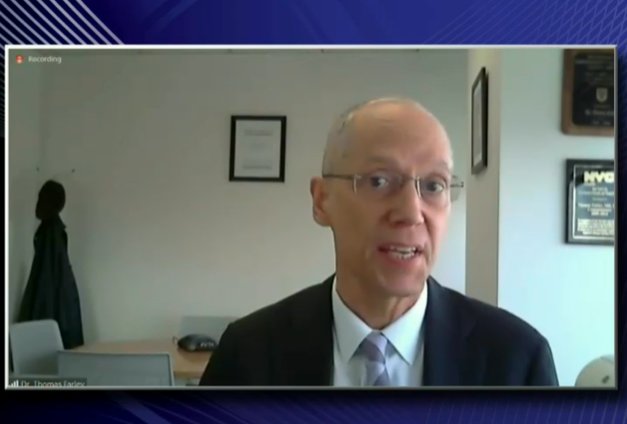 Philadelphia Health Commissioner Dr. Thomas Farley laid out the status of Philadelphia’s vaccination program as the city recovers from late January’s debacle with Philly Fighting COVID, which led to public outcry and one resignation with the Philadelphia Department of Public Health.

“I understand that we’ve lost some of the public trust with this latest event but we ask people to give us time to regain that trust and deliver the vaccine,” Farley said earlier this week.

The health department’s partnership with PFC, which began with testing and continued with administering the first vaccine dose to over 6,000 people at the Pennsylvania Convention Center, was terminated in the last week of January because of PFC’s questionable practices involving selling patient data and the non-profit’s change to for-profit status.

At the COVID-19 update press conference, Farley addressed one of the more urgent and stressing issues raised by the debacle, which was where and how those who received their first vaccine through PFC would receive their second dose.

Currently in Phase 1B, the city has administered 112,464 first doses and 44,590 second doses in total since December, as of Thursday night. The city is still receiving 10,000 doses of each vaccine on a weekly basis.

Farley outlined the details of how those limited vaccines are being distributed, currently and in the future.

Teams from the health department have visited nursing homes and 5,800 residents and 5,100 staff have been vaccinated so far. They continue to visit nursing homes, personal care and assisted living facilities.

Hospitals and clinics are inviting patients with high risk medical conditions that meet Phase 1B criteria including cancer, diabetes, chronic kidney disease, and organ transplant to receive vaccination. People in city jails are being vaccinated.

Beginning on February 22, six vaccination sites will be established around the city operated by the health department — three sites to administer first doses and three sites for the second dose, with each planning to vaccinate 500 people per day. The health department will be reaching out to those who have filled out the interest form online and fulfill Phase1B criteria for those sites.

Also, in the future, sites at some Walgreens locations and three ShopRite locations will be set up to offer the vaccine. Rite aid is also planning to switch over to vaccinate people over 75 when it has completed vaccination of health care workers. The health department is also encouraging hospitals to run mass vaccination clinics, Farley said, but nothing has been planned there yet.

He asked Philadelphia to give the health department time, “to show that we can do it.”

After the city abruptly ended its ties with PFC, Acting Deputy Health Commissioner Dr. Caroline Johnson resigned. On Monday, Farley lauded her achievements as a medical professional but explained that during the Request for Proposal process for vaccine distribution, Johnson gave PFC an unfair advantage by providing the group with information not given to other applicants.

Farley himself offered to step down if the mayor believed this was best for the city, but Mayor Jim Kenney has publicly supported the health commissioner and the health department while acknowledging the mistakes and oversight involved in the PFC partnership.

“I’m confident in Dr. Farley’s leadership, he has the support of myself and the entire government behind him,” said the mayor at Monday’s press conference.

“Philly Fighting COVID was a mistake, it’s been corrected and we’re moving on,” said Kenney of the situation, which is now under investigation by the city’s attorney general.

As of Friday, 319 new cases of COVID-19 were announced bringing the total number in Philadelphia to 107,852. Also on Friday, total deaths since the beginning of the pandemic reached 2,930 after 32 additional fatalities were reported. There are 400 patients in Philadelphia hospitals being treated for COVID-19.