Expert explores Harlem Renaissance at Center on the Hill

Margaret Montet will return to the Center on the Hill, 8855 Germantown Ave., on Tuesday, Jan. 29, 1:30 p.m., to present her program about the Harlem Renaissance. by Len Lear With February and …

Expert explores Harlem Renaissance at Center on the Hill 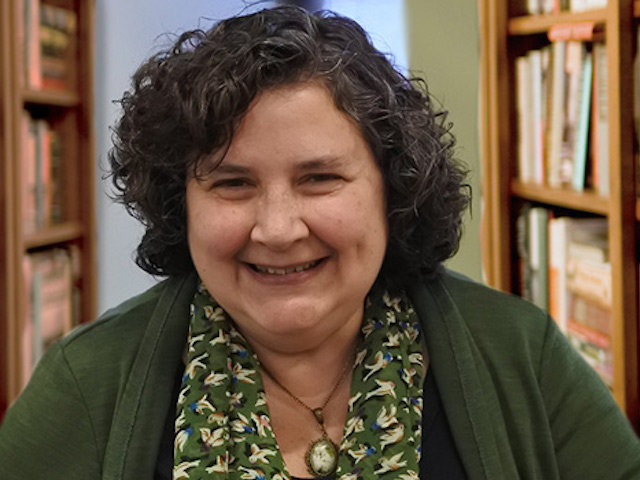 Margaret Montet will return to the Center on the Hill, 8855 Germantown Ave., on Tuesday, Jan. 29, 1:30 p.m., to present her program about the Harlem Renaissance.

With February and African-American History Month right around the corner, Margaret Montet returns to the Center on the Hill, 8855 Germantown Ave., on Tuesday, Jan. 29, 1:30 p.m., to present her entertaining and educational program about the Harlem Renaissance.

Montet, 55, is the Information Literacy Librarian at Bucks County Community College. She has presented papers, workshops and poster sessions on campus and at many domestic and international conferences. She is also a non-fiction writer with an MFA in Creative Writing from Cedar Crest College in Allentown. She recently delivered other multi-media talks on “The World of J.S. Bach” and “World War II: from Home Front to Frontline.”

Montet has actually lost count of the number of times she has given a talk on the Harlem Renaissance in various formats. “Many retirement communities have requested it,” she said last week, “and some adult school organizations and three times at Bucks County Community College in the Zlock Performing Arts Center for students and the community.”

Montet, who was born in Cape May, New Jersey, and grew up near Trenton, actually developed an intense interest in the Harlem Renaissance through a circuitous route. She earned a Bachelor of Music in Music Theory and then a Master of Music, both from Temple University, in the 1980s. She played the clarinet and was in many ensembles from marching band to woodwind quintets.

But in order to amplify her income stream, Montet earned an MLS, or Master of Library Science, from Rutgers University in 1993, becoming a music librarian for a couple of years. Her MFA in Creative Writing is from the Pan European MFA Program at Cedar Crest College, earning her degree in 2017 in Barcelona, Spain.

“Although I studied classical ‘concert’ music, I’ve always loved jazz,” she explained, “I subscribed to Downbeat Magazine as a college student and read each issue cover-to-cover. I could play jazzy things, but could never, ever improvise a solo. When some participants in a classical music course I taught at a retirement village requested a course on the Harlem Renaissance, I was happy to put that together for them. Once I started researching, I realized I would have to include art, dance, literature and history with the music so that I could tell the whole story of this fascinating time and place. This multidisciplinary talk has become my most popular, ever.”

A librarian at Bucks County Community College for 16 years, Montet has found that her audiences generally already have some knowledge of the Harlem Renaissance. “Usually, attendees know about some of the famous personalities like Duke Ellington, Cab Calloway, Langston Hughes and Zora Neale Hurston, and they may have heard of the Cotton Club, but they don’t know about the world of Harlem in the 1920s, the culture, the art and the lesser-known personalities. I’ve had some older guests who actually saw shows at the Cotton Club with older relatives: that’s so cool!

“Because I tend to be reserved and quiet (boring, even!) in regular life, lecture attendees are surprised at how animated and alive I am onstage. I think sometimes they attend my talks to be polite and show support and then find themselves engrossed in the stories I tell about World War II, the Harlem Renaissance, Johann Sebastian Bach or whatever topic I’m sharing. They think they are going to be bored, but they get caught up in the images, videos and personal anecdotes.”

What was the hardest thing Montet ever had to do? “This is very personal, but I think attending my sister’s funeral. I almost felt paralyzed with dread and grief, and I had agreed to share a eulogy. I had never done one of these before, and although I was satisfied with what I wrote, I couldn’t bear the idea that I would have to walk up to that marble podium on this beautiful altar we had admired since childhood and read these personal thoughts about experiences we shared and what I learned from her.”

What is Montet’s greatest regret, if any? “I wish that I had asked my parents, grandparents and sister about their childhood and young adult experiences and then written down what they said. I listened, but I should have asked more questions. Now they’re all gone, and it’s too late. My sister was 17 years older than I, and I just lost her in 2018.”

Which talent that Montet does not have would she most like to have? “I would like to be able to sing like Ella Fitzgerald or Sarah Vaughan because I am the absolute worst singer who ever walked the planet. These women were versatile and had long careers.”

What is Montet’s most impressive characteristic? “Grit, I think. Even in difficult situations I’m able to follow through with tasks. Usually, I secretly promise myself a reward that involves chocolate or books.”

Montet, who has been called “the Ken Burns of Bucks County Community College,” has received a river of positive feedback from her presentations, of which the following is typical: “… after attending your lecture on the Harlem Renaissance, I left wondering if I had missed my calling by not becoming a social historian. Rather than just retrace history, you provided the anecdotes and insights that breathed meaning and memory into your lecture. You’re a great orator and storyteller.”