Erdenheim resident Christina “Chris” Visco, CEO of the Terra Vida Holistic Center , and a staff of 135 oversee three local medical marijuana dispensaries that are based in Abington, Sellersville … 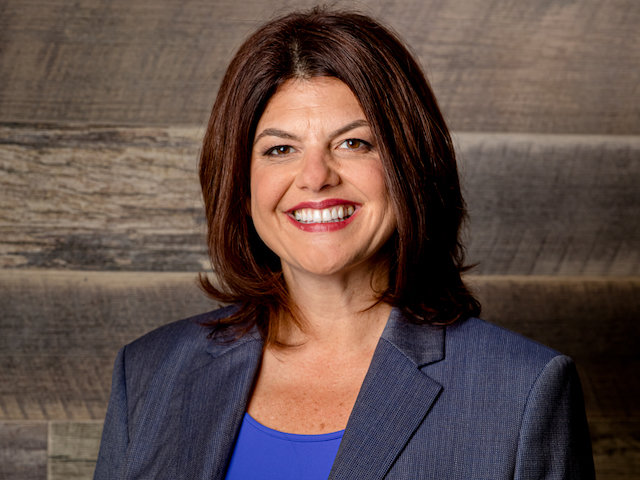 Erdenheim resident Christina “Chris” Visco, CEO of the Terra Vida Holistic Center , and a staff of 135 oversee three local medical marijuana dispensaries that are based in Abington, Sellersville and Malvern.[/caption]

As Pennsylvania gets even closer to passing legislation legalizing recreational marijuana, an Erdenheim entrepreneur is watching and waiting while running the highest volume marijuana chain in the state.

Terra Vida Holistic Center CEO Christina “Chris” Visco is poised to take the next step as two separate pieces of legislation legalizing the recreational use of marijuana are making their way around the state House of Representatives.

This time a year ago, Gov. Tom Wolf signaled he’s open to legalization, but there are opponents who cite health concerns as a primary factor, and legislation could face a roadblock in the Republican-controlled Senate.

Visco, 48, a Conshohocken native, worked for years at Boscov’s Department Store in Reading and was mentored in retail by the late owner, Al Boscov, before landing at David’s Bridal Shop and even opening a bakery at the Flourtown Farmer’s Market before getting into the cannabis business.

Visco spoke recently at the Klein Life Center in Elkins Park about issues surrounding the sale and distribution of medical marijuana. She and a staff of 135 oversee three local dispensaries that are based in Abington, Sellersville, and Malvern. The trio falls under the name of Terra Vida (meaning earth life) Holistic Centers.

Overseen by the PA Department of Health, Pennsylvania’s Medical Marijuana law was passed Oct. 17, 2016, allowing for use of medical marijuana for 17 conditions. In August, 2018, five more conditions were added, and dried flowers or buds were introduced to the market that includes tinctures, patches, vape pens and salves to help with conditions ranging from addiction substitute therapy for opioids to severe chronic pain to epilepsy and Crohn’s disease.

“It really came at the request of parents whose children either had epilepsy or autism,” Visco told an audience of about four dozen seniors. “I heard from the parent of an autistic child whose teacher called at noon one day after administering medical marijuana to say, ‘Whatever you are doing, keep doing it.’ It is stories like these that people need to hear that cannabis can be used in a holistic way and that patients need not get ‘high’ on marijuana to get their life back.”

To use marijuana medically, one must register with a state ID or valid driver’s license at the PA Health Department Website and pay $50 for a card. You may not enter a dispensary without a card. Once you have made an appointment with an accredited medical professional, Visco shared, a product specialist will make sure there are no other drug interactions.

“We treat people low and slow,” said Visco, “meaning that they are instructed to take the smallest amount and increase until they experience a change in symptoms or behaviors.”

But don’t bother bringing a credit card with you, as all sales are cash only because there is no legalized banking system in place to cover the transaction. The audience was sorry to hear that Medicare does not cover the prescriptions.

Visco and her husband have children – Tanner, 21, Molly, 18, and Darby, 17. She said she understands that state health officials don’t want the drugs to get into the hands of those who just want to get high, including teenagers.

“But honestly, I would want my kids to use marijuana versus drinking any day,” she told the audience members. “We sell between 60 and 75 pounds a week, and we would sell more, but that’s all that is available.”

Milt Jacobsen, 89, of Jenkintown, whose daughter was in an auto accident and uses medical marijuana to deal with the pain, commented after the program.

“She was in terrible physical pain in various parts of her body. She tried all kinds of things and found that medical marijuana was the only thing that worked for her.”

Getting into the field is not for the faint of heart. Marijuana must be harvested in the state in which it is sold, and with the wet weather we had last summer, there have been fewer crops harvested.

Visco is also a patient, noting that cannabis products have been good for her migraines, neck pain and insomnia.

“It’s just a waiting game right now,” said Visco, “until Pennsylvania joins the 25 states that have legalized the recreational use of marijuana. We are in it for the long haul.”

For more information, go to Terravidahc.com or call 215-366-5008 to reach the Abington location. Flourtown resident Barbara Sherf captures the stories of individuals and business owners. She can be reached at CaptureLifeStories@gmail.com or CommunicationsPro.com

Bird in Hand to relocate