Epileptic actor/playwright has message on stage for kids

Two-time playwright Hannah Parke is also an actress and is currently starring in “Zuzz The Alien Needs Your Help” at Act II Playhouse in Ambler. (Photo by Justin Patterson)[/caption] by Rita …

Epileptic actor/playwright has message on stage for kids 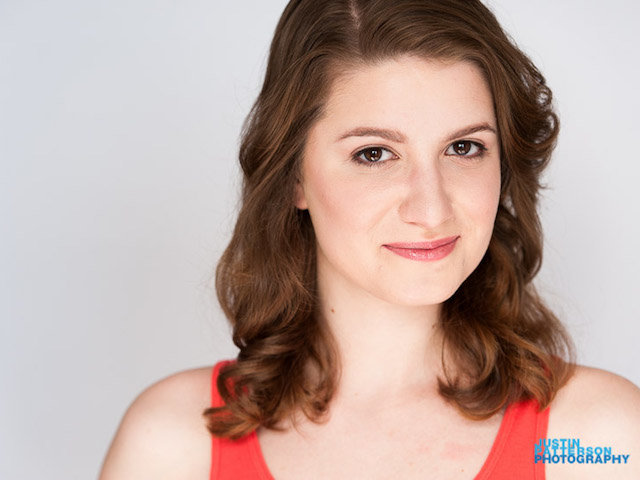 Two-time playwright Hannah Parke is also an actress and is currently starring in “Zuzz The Alien Needs Your Help” at Act II Playhouse in Ambler. (Photo by Justin Patterson)[/caption]

“Zuzz The Alien Needs Your Help.” She's crash-landed in Ambler, specifically at Act II Playhouse, 56 E. Butler Ave., and now needs your expertise to restore her spaceship and return home. But she only has from April 21 to April 29 to do everything that's necessary. In this production, created by Bill D'Agostino and Amanda Coffin, 25-year-old Hannah Parke takes the part of Zuzz.

According to Parke, a Tennessee native and graduate of the University of the Arts, this play is “an interactive comedy for children. Zuzz is from another planet and crashes her ship into Earth. But Zuzz is from a galaxy that doesn't like Earth. They think the people of Earth are different and violent. With a big celebration planned for her own planet, Zuzz wants to invite the Earthlings but is told no, although she tries to convince those from her own planet that being different can be good not bad”

There is a message here, Parke, who is making her Act II debut, explains. “We try not to hit them smack in the face with it, but it's still there, and the kids, mainly ages four to 10, will get it. And that message is that even if people are born in a different place, look different, even act different, that doesn't mean they are scary or mean. We can still all work together and create something good.”

In fact, being an interactive show, the kids can help Zuzz/Parke to rebuild her spaceship so that she can return to her planet. “And since Zuzz doesn't know anyone on Earth, she goes into the audience to enlist the help of the children using songs, puzzles, games and all sorts of things to help her rebuild her ship and get her back home. It's such a fun show, and I know Bill and Amanda are hoping to take it to schools in the future.”

Describing herself as an actor, singer, dancer and playwright, Parke is no stranger to appearing in other shows or even writing her own. “I've played to kids before, and above all they want to know you have their same energy. You have to embrace the idea that they are smart and have things to share and that we can learn from them. They're there to have a wonderful time and lots of fun. And this show will give them that.”

Growing up, Parke says she had a lot of fun envisioning her future. “When I was just four, I played the part of Mary in 'Christmas Story' in my church. I think I knew from that time on I wanted to be a performer. I also enjoyed watching the work of Julia Roberts and Bernadette Peters in particular. They were my favorites, and I dreamed of becoming just like both of them.” Over the years her dreams began to become reality. Right after her college graduation, she went on to tour in “The Lightening Thief.” She also began appearing with several local theaters as well.

Her writing also began to take shape. Her play, “Close Your Legs, Honey,” is about a Southern beauty pageant, She's also written a second play titled “Losing My Mind,” an account of Parke's sudden and disruptive bout with epilepsy. “It came on suddenly over a year ago. It just hit me, and I was unable to perform.

“I was unable to walk and lost lots of my short-term memory. It was all utterly life-changing. But now I feel blessed in that I'm in recovery and again able to do the things I love doing. Today, I can look at things that happened to me and see things I never really saw before. And once again I can do all the things I've ever wanted to do.”