Woodmere tells the story of Philadelphia's art and artists through a broad range of exhibitions, music events, classes, lectures, and programs. 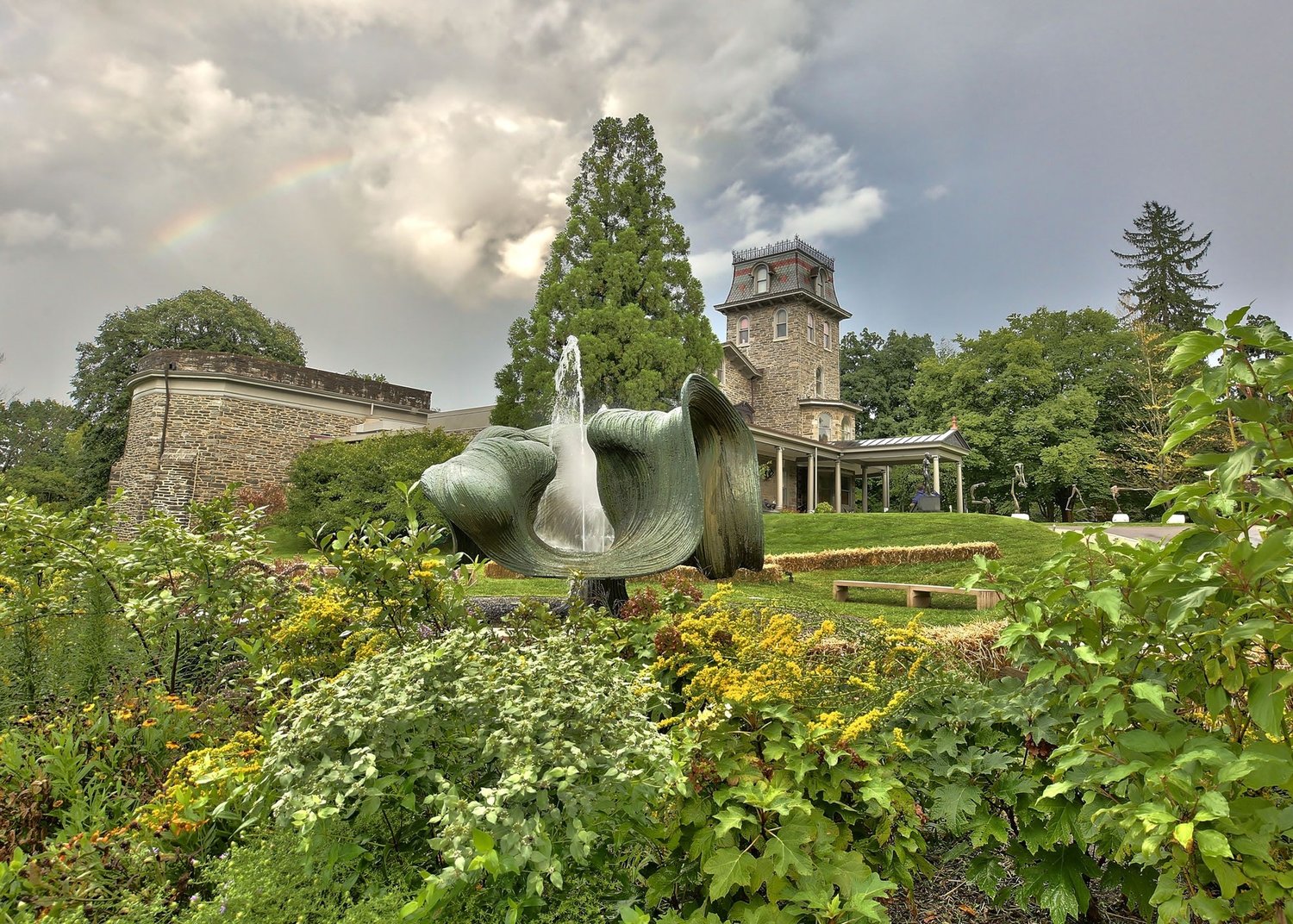 The pollinator garden at the Woodmere Art Museum is a prime example of the institution’s mission to interweave art and nature.
Posted Thursday, January 13, 2022 6:00 am
by Lori Salganicoff, Executive Director, Chestnut Hill Conservancy

Chestnut Hill Conservancy revealed this year’s Preservation Recognition Award winners at last Sunday’s Annual Meeting. These recognized five great examples of preservation, rehabilitation, and stewardship of the area’s natural and built environment. We will be sharing their stories in the Local over the next few weeks, and are starting with the newly minted “Sustainable Stewardship Award” presented to Woodmere Art Museum.

Woodmere tells the story of Philadelphia's art and artists through a broad range of exhibitions, music events, classes, lectures, and programs. Housed in a 19th-century Victorian stone mansion in six acres in Chestnut Hill, Woodmere, together with the core of its collection, are the gifts of Charles Knox Smith. Smith purchased the estate in 1989 with the intent of transforming it into a showcase for his great collection of art and the grand ambition to provide spiritual encounters with art in the context of nature's beauty. He added large exhibition spaces and opened Woodmere's doors to the public in 1910.

Knox’s elegant stone mansion, and the six acres on which it sits, remain a “remarkable testament to its founder's vision of connecting art and nature, with profound reverence for both.”

Further demonstration of this vision can now be seen at another Germantown Avenue historic estate recently acquired by Woodmere for exhibition, office, and activity space. Having run out of space, Woodmere secured the most economical and sustainable way to increase capacity when it bought St. Michael's Hall last year. The Hall could have been torn down and its 4 acres filled with more than 20 homes. Instead, it will represent an exquisite balance between the needs of a growing institution and respect for the spirit and assets of the community in which it sits.

The Conservancy is proud to have helped this happen, and is deeply impressed and grateful for Woodmere’s spirit, energy, and creativity under the leadership of Dr. Bill Valerio and Woodmere’s Board and supporters.

Anyone familiar with the institution will know that this is just Woodmere's most recent achievement in a long tradition of sustainable stewardship. One example is appropriately named “WOW!”

Woodmere's Outdoor Wonder (WOW!) is an experience of outdoor sculpture in the context of nature and the environmental features of the Museum's grounds. WOW includes sculpture by significant artists as well as monumental estate trees of the 19th century, a pollinator garden, and contemporary stormwater-management features such as green parking, a bioswale and step pools.

A formerly ignored rear acreage sloping toward Morris Arboretum has been transformed with a "rot road" walking path made of mulch and wood chips that will meander behind the building and down the back slope. The path will lead visitors through future outside installations, bringing art in conversation with environmental science and horticultural interest.

Smith could have built a new building to house his collection in Center City, but chose instead to have his mansion converted "to offer an experience of art and nature together, to bring people closer to spiritual wholeness." That vision remains skillfully interpreted today.

Starting with Smith’s decision to share his collection in this particular mansion, Woodmere’s enduring and genuine dialog between nature, art, industry, history, and life can also be considered the very essence of sustainable stewardship.