Choreographer has ‘branched out’ in park: Mt. Airyite only Philly artist to win ‘U.S. Duke Fellow’

“Modes!” created by Soto, is a performance and exhibition project in progress that “aims to catch the expressive dancing body in the improvisational moment.” This improvisational methodology …

Choreographer has ‘branched out’ in park: Mt. Airyite only Philly artist to win ‘U.S. Duke Fellow’ 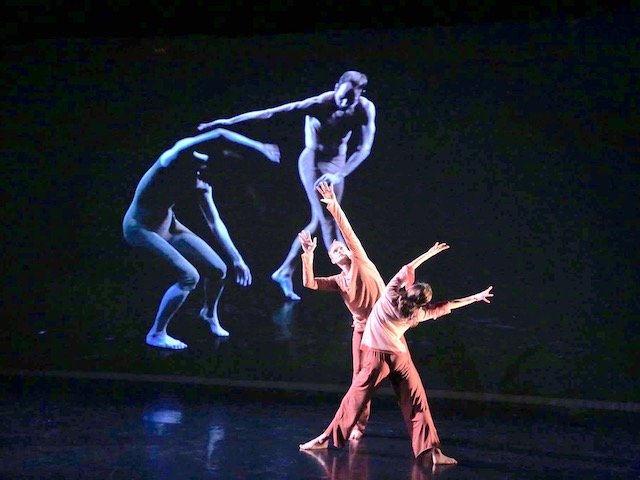 “Modes!” created by Soto, is a performance and exhibition project in progress that “aims to catch the expressive dancing body in the improvisational moment.” This improvisational methodology “has been the backbone of my creative and somatic investigation for more than 20 years,” said Soto.[/caption]

Choreographer Merián Soto, 64, a Mt. Airy resident for the last 20 years, has been named a 2019 U.S. Artist Doris Duke Fellow in Dance, the only Philadelphia-based artist honored of the 45 nationwide recipients. The fellowship award will help support two retrospective projects, a dance performance/exhibition and a documentary film.

A Professor of Dance at the Esther Boyer College of Music & Dance at Temple University, Soto has long been admired in the dance community for her exemplary career in experimental and improvisational dance and performance.

The prestigious fellowship, which includes a $50,000 cash award, honors Soto’s creative achievements. The fellowship helps support current Soto projects: “Modes!” a performance and exhibition of Modal Practice, the improvisational methodology that has been the backbone of Soto’s creative investigation for more than 20 years; and “Rompeforma Fenomenal! 1989–1996,” a documentary on the now-legendary Latinx artist’s festival, “Rompeforma, Maratón de Baile y Performance.”

“The goal of the projects,” Soto told us last week, “is to bring back to the world and make accessible to audiences today and into the future, important and historic dance and performance work. Dance and performance are considered ‘ephemeral’ forms. They happen in the moment and are gone. What is left is a memory. However, with current video technology we are able to preserve these moments ...

“Last summer, while going through Rompeforma archives, I wondered how I can bring this work back into the world. How does my work with curation speak to my choreography and dance? What does the accumulation of my creative endeavors mean? Looking back somehow positions me to look forward into the future. The two projects allow me to access and tell a new story at the same time.” 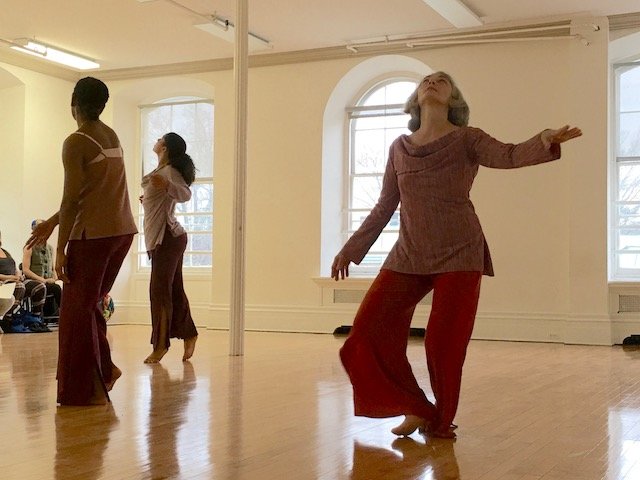 Soto’s “Elephant Series of Modal Dances in the Time of Trump” presents choreography that is “fiercely committed to revealing a pathway to truth through the focused and aligned dancing body.”[/caption]

The documentary, “Rompeforma Fenomenal! 1989–1996,” tells the story of a generation of Latinx experimental dance, performance and curation and its contribution to the American avant-garde. The performance and exhibition project, “Modes!” will be featuring a multiple-channel video of dancing bodies to create surround-scapes, visual and aural environments.

Soto’s career, which began in her native Puerto Rico, spans four decades and numerous artistic movements. She has presented her choreography in many venues throughout Puerto Rico, the U.S. and internationally since the mid- '70s such as at the Whitney Museum, the Institute of Contemporary Art in London, the Hostos Center for Arts and Culture, the Lincoln Center Serious Fun Festival and the Chicago Museum of Contemporary Art.

According to Soto, “A wise man once told me that ‘the dance of the future is levitation.’ At first I laughed at the outrage, but my curiosity was triggered. It put me on a quest to try to achieve other impossibilities and to explore a dance of the energetic body. It led me to create Branch Dancing and Modal Practice.”

“Branch dancing” is the improvisational yoga-like method that Soto, who has won numerous grants from the National Endowment for the Arts, developed and performed numerous times alone or with her troupe of professional dancers in Wissahickon Park, rain, snow or shine. It is a “meditative performance practice which involves moving into stillness, the investigation of gravity as an essential force...”

“It looks really simple,” Soto told us in an earlier interview, “but it takes a lot of concentration and training to move that intricately." Soto moved to the U.S. in her 20s from Puerto Rico in the late 1970s to study dance at New York University and earned a master's degree in dance education from Columbia University in 1985. 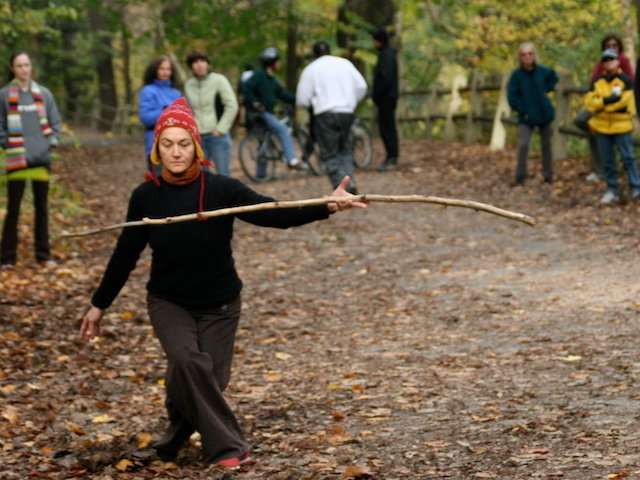 The Mt. Airy choreographer developed and has performed alone or with her troupe of professional dancers periodically in Wissahickon Park. Her “branch dancing” is a meditative performance practice. (Photo by Pepon Osorio)[/caption]

She said it was her attempt to become invisible, at least in a symbolic sense, when she was walking through the park that contributed to her idea to use a large branch in a performing arts capacity. A little more than five years after she moved to Philadelphia, in 1999, to teach dance at the Boyer College of Music and Dance at Temple University, Soto realized how close she lived to the Wissahickon.

She began frequenting the valley, but on trips when she was alone, she longed for more safety. Fallen branches would come to serve the purpose. After conducting many solo, unadvertised branch dance performances in the park, Soto embarked on the One-Year Wissahickon Park Project, a series of 16 performances designed around the concept of four seasons, four sites and four performances in each site that took place in Wissahickon Valley Park from 2007 to 2008.

According to Silvana Cardell, Director of Dance at Georgian Court University in Lakewood, NJ, “Ms. Soto is a true artist, an extraordinary individual, an expert in the field of dance and a multi-lingual scholar with vast international experience. Her work is intimate; however she is a wizard producing at a large scale. Since she moved to Philadelphia, she has been a creative driving force who has transformed every artist and dancer that she encountered either through her teaching or in her choreographic practice. Furthermore, Merián is a generous person, a team player and a skilled collaborator, focused always on the group’s best interest.”

Unites States Artists (USA) Fellowships, which has honored Soto, supports artists “who contribute to the inclusive transformation of the cultural and aesthetic landscape of the country.” USA President & CEO Deana Haggag commented when Soto was honored, “Each Fellow is a reminder of the breadth of our cultural landscape, and the 2019 cohort is yet another testament to how much incredible work is happening across the country.”

Soto was also recently selected as one of 43 grant awardees (out of over 400 applicants) for the National Association of Latino Arts and Cultures Fund for the Arts grant program.

For more information about any of the above, visit meriansoto.com