The Montier Homestead in Cheltenham was built by a prominent African American couple in the early 1700s. It’s been expanded to a three-story, four-bedroom, 3.5-bathroom home on the market for … 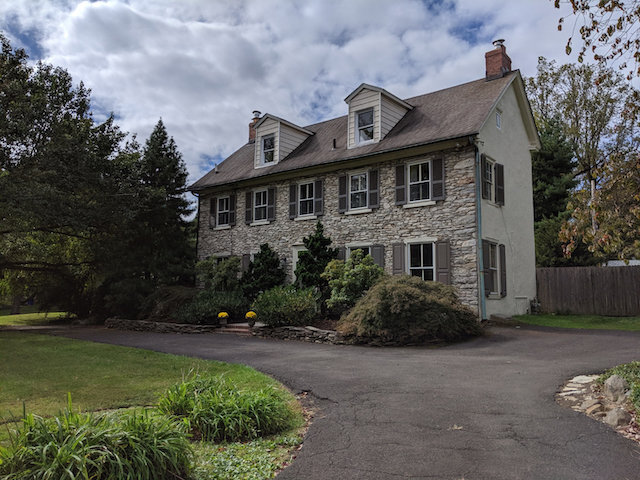 The Montier Homestead in Cheltenham was built by a prominent African American couple in the early 1700s. It’s been expanded to a three-story, four-bedroom, 3.5-bathroom home on the market for $549,000. (Photo by Pete Mazzaccaro)[/caption]

For many homeowners in Northwest Philadelphia and the nearby suburbs, owning a home is often owning a piece of history. The area is full of homes from every era of American home building, from stone, colonial farmhouses to mid-century marvels designed by the most prominent architects of the period.

A home on the market in Cheltenham Township not only dates back to the Colonial United States, but also represents a remarkable piece of early African American history. That home is the Montier Homestead, listed by Berkshire Hathaway realtor J. Scott Laughlin.

The home was built by John Montier and his wife Cremona,* who was the granddaughter of the first mayor of Philadelphia, Humphrey Morrey, who held the post from 1691 to 1701. Morrey was a slave-owning Quaker who bought land in what would later be incorporated as Cheltenham Township. On his death, his only surviving son, Richard, freed the family’s slaves. One of the family slaves, Cremona, became his common law wife. Laws at the time forbade the pair to marry, but the couple settled together and raised five children. The younger Cremona who married John was named for her mother.

When Richard died, he left 198 acres to the younger Cremona and she and her husband built the first part of the homestead on Limekiln Pike.

John's grandson, Hiram Montier and his wife, Elizabeth, are the subjects of the earliest known portraits of African Americans in the U.S. Hiram Montier was a prominent shoe and boot maker in Philadelphia. Both he and his wife were of European and African descent. The couple were remarkably wealthy and commissioned oil portraits of themselves on their wedding. Those portraits are currently on display at the Philadelphia Museum of Art. The home and the story of the Montier family were the subject of a short documentary on WHYY.

The current, 3,647-square-foot home that is for sale is an expanded and well-cared-for property, and was in the Montier family for generations. It was expanded in the 1840s, again in the 1860s and is now a grand three-story, four-bedroom, three-and-a-half bathroom, single-family home on a well-manicured 0.59-acre lot. The home is currently listed at $549,000.

Visit MontierHomestead.com for more details, photos and a video tour.

*In an earlier version of this story, we misreported that the Hiram Montier whose portrait hangs in the Philadelphia Museum of Art was responsible for building and expanding the home. While the home’s actual builder, John Montier did have a son named Hiram Montier, the man in the painting is that Hiram Montier’s nephew, the grandson of John.

Elfant Realtor has his own Mt. Airy historical mansion

Not sports but real estate contracts for Mt. Airy broker