Cheese Shop closing is a loss for Chestnut Hill

Last week, we learned – suddenly – that the Chestnut Hill Cheese Shop would be closing its doors for good. The news was a shock to many people in Chestnut Hill and beyond who’ve come to expect …

Cheese Shop closing is a loss for Chestnut Hill 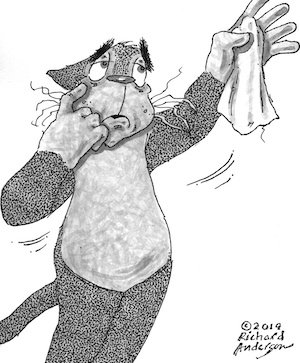 Last week, we learned – suddenly – that the Chestnut Hill Cheese Shop would be closing its doors for good.

The news was a shock to many people in Chestnut Hill and beyond who’ve come to expect the Cheese Shop to be a constant. After 56 years in Chestnut Hill, it’s as much an institution as Kilian’s Hardware and Robertson’s Flowers. For most, the Cheese Shop has been part of the 8500 block of Germantown Avenue for as long as they can remember.

Throughout the shop’s last day open to the public, Friday Oct. 11, it bustled with customers, many who were sure to stop and pay respect to owners Dan and Susan Weiss. The shop was packed for the duration of its opening as the Weisses sold off what remained of the shop’s stock and took brief moments to shake hands and trade hugs with old friends.

(On a personal note, the Cheese Shop has long been my own personal favorite coffee stop. I’ve begun many mornings grabbing a $1 cup of coffee at the back of the shop and having a quick chat with the Weisses or any of the large number of community people who’ve worked behind the counter over the years. I’m going to miss the shop and the Weisses a great deal. I suspect I’ll still see them from time to time, but not with the same regularity.)

When a shop on Germantown Avenue closes, it always raises questions about what the change might mean. Is it simply affirmation of the Heraclitus axiom “The only constant is change?” Or is it some sort of warning sign that the business climate in Chestnut Hill is less than healthy?

It may have been, as Dan told those who asked him, that it was time to retire. The 70-year-old has been working in the Cheese Shop his entire adult life, having inherited it from his father who moved it to Chestnut Hill from Germantown. He talked to reporters about interest in drug addiction counseling.

He also said that his own business had struggled mightily in recent years as competition – both local and online ate into his margins. It’s no secret that retail is an increasingly tough business with unprecedented challenges. Even a loyal customer base is not enough to compete today.

Regardless of the reason, the closing of the Cheese Shop is a real loss for Chestnut Hill. Sure, there are other places where Hillers can buy cheese. But the Cheese Shop is another traditional business lost. It was part of an increasingly shorter list of landmark institutions in the neighborhood.

The Cheese Shop will be missed. I know I’m not alone in wishing the best for the Weiss family.