CHC women overtaken near the end of summer league contest

In college summer league action on July 22, Team Orange (Chestnut Hill College) led at the end of each of the first three quarters, but was overtaken in the fourth round as Team Maroon (University of the Sciences) pulled out a 58-52 victory.

CHC women overtaken near the end of summer league contest 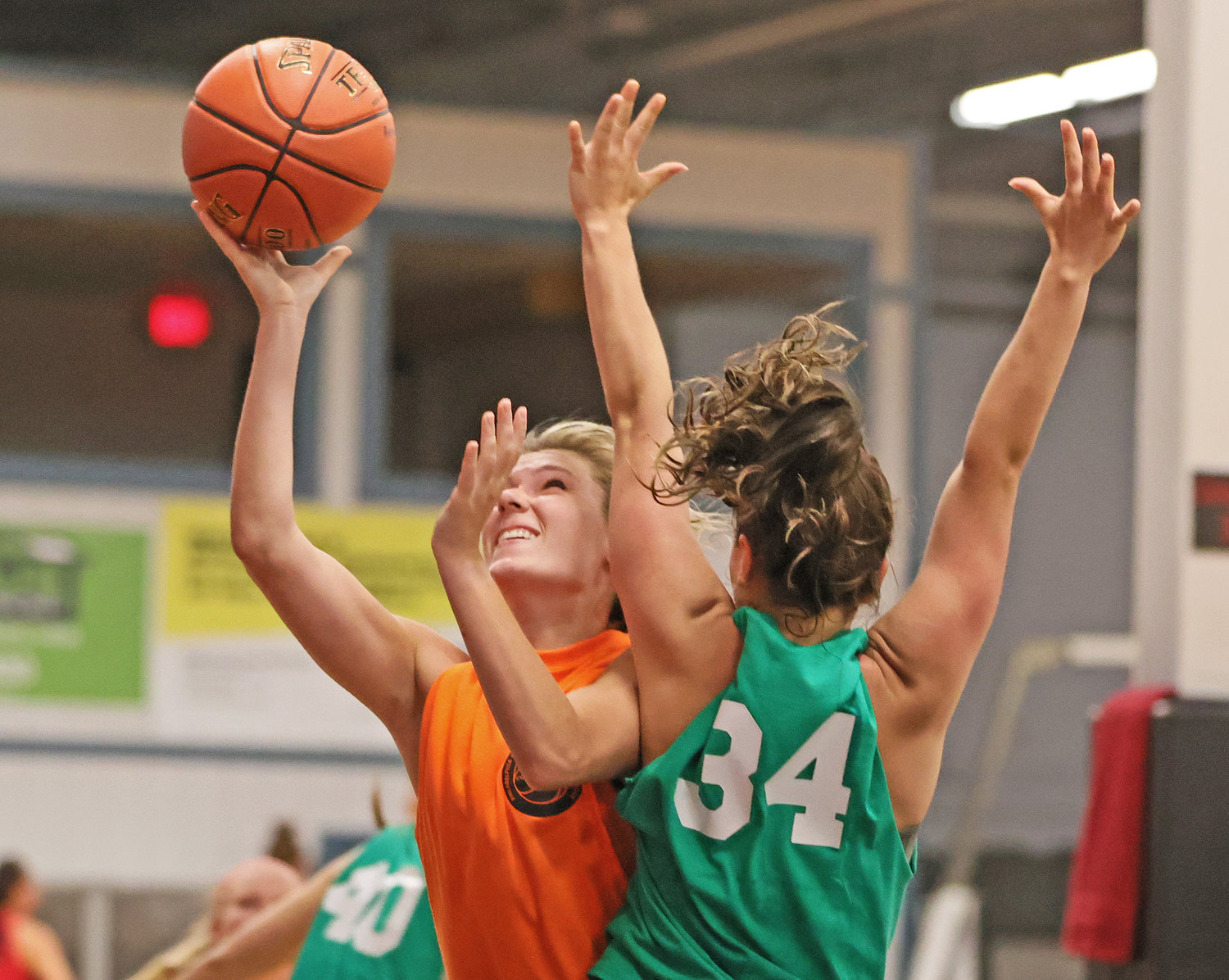 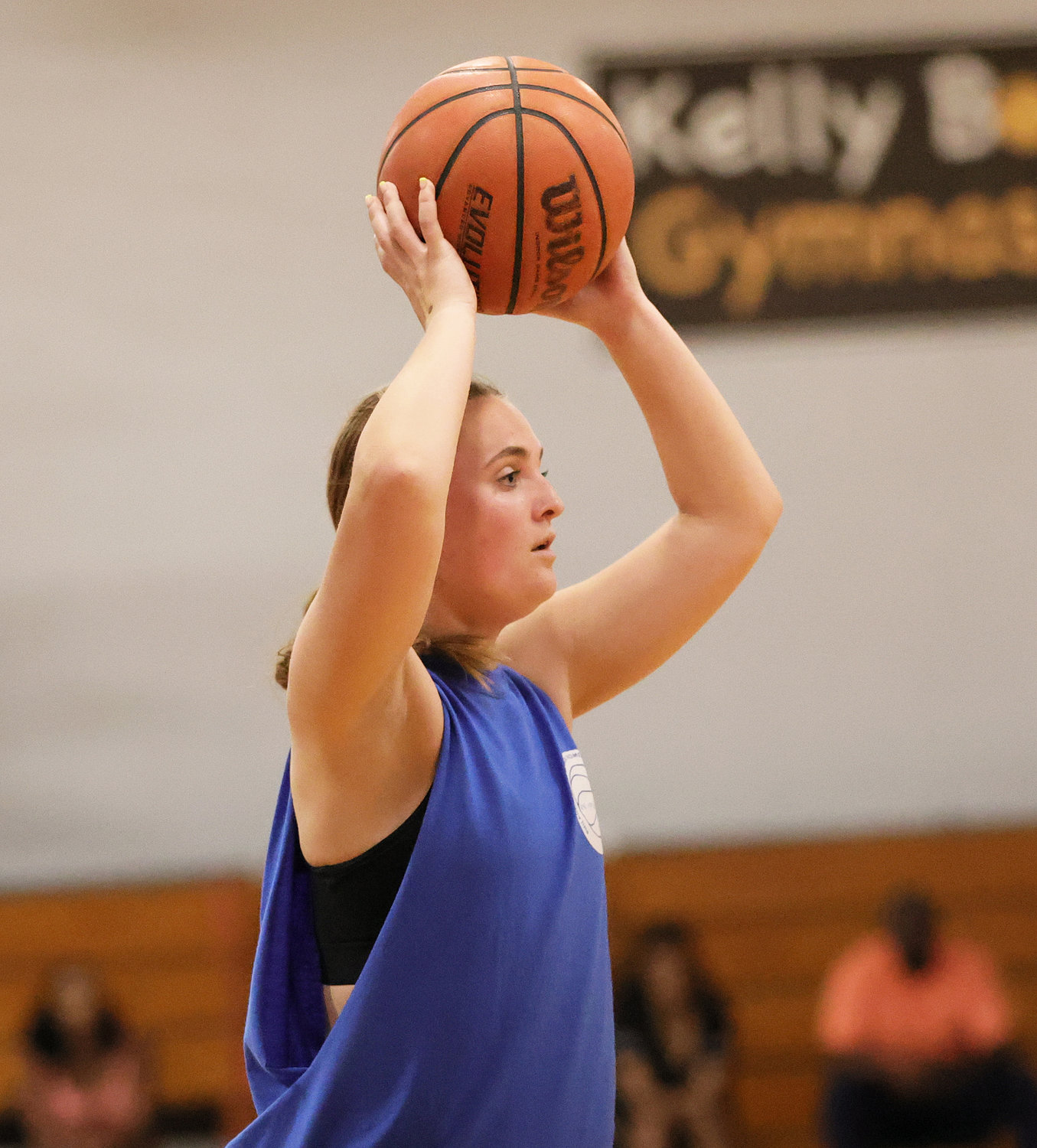 In college summer league action on July 22, Team Orange (Chestnut Hill College) led at the end of each of the first three quarters, but was overtaken in the fourth round as Team Maroon (University of the Sciences) pulled out a 58-52 victory.

Germantown Academy grads Charlotte and Sarah DiLello played with their Ursinus College teammates on the Royal Blue squad. This group of Division III players hung in for more than 10 minutes against Team Sky Blue (Division II Holy Family University), but Sky then pulled away and eventually won, 83-44.

The Orange CHC franchise got off to a 7-0 start thanks to a short jumper by freshman Emily Chmiel, a longer one by junior Lauren Crim, and three-for-four foulshooting by freshman Morgan Sterner. Maroon got going with the first of five three-pointers by Dayna Balasa, a freshman out of Upper Dublin High School who was still being left open on the perimeter in the second half. Late in the period, two standard jump shots by the USciences outfit pulled them within one point of Orange, 12-11.

Maroon would draw even at 17-all a few minutes into the second quarter, but Chmeil scored off a rebound and Sterner drove for a lay-up to move the summer Griffins ahead once more. A little later, points from junior Lindsey Lane, senior Morgan Orloski, and junior Trinity Brittingham contributed to a 28-20 advantage late in the period, but once more Maroon crept up at the end. Outside/inside strikes by Balasa and forward Taylor Hamm tightened the score to 28-25 for halftime.

Crim and freshman Breanna Rider each netted two field goals as the second half underway, and Maroon's first basket was answered by two made free throws by CHC junior Amber Washington. That made it 39-27 close to the middle of the third stanza.

Allowed to shoot relatively unchallenged, USciences' Balasa bagged two treys to help her team get back in it, and going into the fourth quarter it was a six-point affair at 43-37.

Maroon's Isla Brennan, a perimeter shooter the older Griffins had seen during the 2019 season, put away three three-point shots over the initial four minutes of the final round, helping her team cut its deficit to two points, at 45-47. Chmiel got a point back for Orange from the foul line, but as the clock dropped under five minutes USciences had Jess Huber hit a jumper from the right baseline and a driving lay-up back-to-back.

Maroon was now ahead, 49-48, and its lead quickly expanded thanks to an inside score by Hamm and a "three" by Huber. Team Orange had lost momentum, and succumbed, 58-52.

Crim collected 12 points in the losing cause, Chmiel and Sterner each had seven, and Brittingham and Rider finished with six points apiece. Combining for more than half of Team Maroon's points were Balasa (17) and Huber (15).

Up against a Division II ballclub, as in almost all of its games in the league, Team Royal Blue scored the first two field goals in its contest last Thursday. Sky Blue, the Holy Family combine, got on the board with a three-pointer and led 17-12 by the end of the first quarter.

Led by post player Dana Bandurek, a Swarthmore player added to the many Ursinus Royal Blue team members, Royal fought back to a 17-17 tie two-and-a-half minutes into the second quarter. The rest of the period belonged to the summer Tigers of Holy Family, who surged to a 38-24 halftime advantage.

Bandurek had 10 points in the book for Royal Blue at the break, while former Archbishop Ryan star Monee Moore of Team Sky Blue led all scorers with 15.

The gap grew wider during the second half, ending up at 39 points in the final tabulation. Bandurek led the Royal Blue with 21 points, sharing the game high with Sky's Moore. Former GA Patriot Charlotte DiLello had seven points for Royal, as did Tamia Wessels, an Abington High alum now playing for Alvernia University in Reading.