The Ghost Light Inn, a boutique hotel, just opened in August next to the Bucks County Playhouse. (Photo by Len Lear) by Len Lear New Hope, a borough in Bucks County, has a tiny population of just … 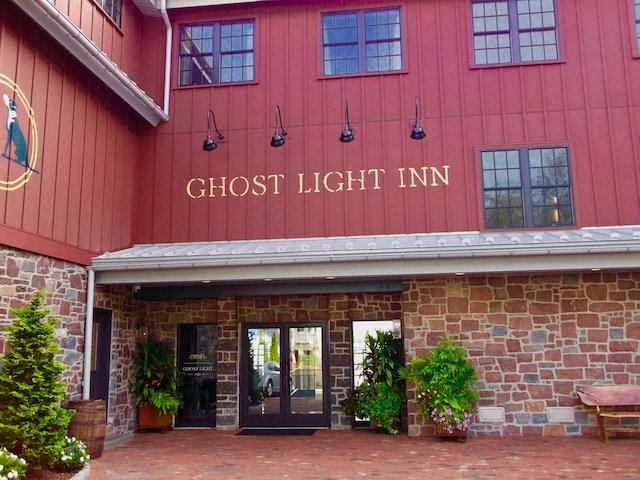 The Ghost Light Inn, a boutique hotel, just opened in August next to the Bucks County Playhouse. (Photo by Len Lear)

New Hope, a borough in Bucks County, has a tiny population of just 2,528, according to the 2010 census, but on any given day this quaint town that is just 28 miles north of Chestnut Hill, lying on the west bank of the Delaware River at its confluence with Aquetong Creek, seems to have 10 times that many visitors in its shops, streets and restaurants. (And according to Wikipedia, George Washington actually stayed there the night before his legendary Delaware River crossing, so today's visitors are in good company.)

One of the attractions bringing tourists into New Hope these days is the brand new Ghost Light Inn, a three-floor luxury boutique hotel at 50 S. Main St., overlooking the Delaware River, which opened in August. As a tribute to the historic Bucks County Playhouse, its next-door neighbor, the inn’s name is derived from the theatrical superstition of the ghost light, which is said to appease ghosts by affording them light to perform onstage when the theater is dark.

Sherri Daughtery, who, with her husband Kevin, developed and owns the inn, said that a ghost light had been an important symbol in their lives since they purchased the playhouse back in 2011.

“When we bought the playhouse, the previous owners had left the ghost light on the stage after bankruptcy," Sherri told NJ.com. "So when we went and toured the building, the ghost light was on. And we left it on through all of the construction … and on July 2, 2012, when we opened the doors, that was the first time the ghost light went out.” 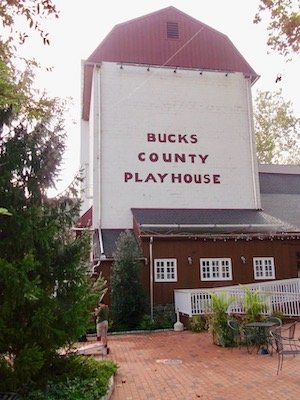 The Bucks County Playhouse reopened on July 2, 2012, following a 2010 foreclosure, thanks to a public/private partnership that raised sufficient funds to regain the property.

The renovation of the property took eight years since the Daughertys bought the Bucks County Playhouse and what had been the Playhouse Inn way back in 2011 after several businesses along the waterfront had gone belly up.

“When we got involved in 2011, the waterfront was in a state of disrepair, with the Bucks County Playhouse in bankruptcy and the former Zadar’s nightclub abandoned," Kevin said in a news release. “We are grateful to have had the opportunity to bring Broadway back to the Playhouse.”

It is great to see that the iconic theater is staging plays again. I still remember seeing a remarkable performance of Shakespeare's tragedy, “Othello,” there about 45 years ago starring the legendary James Earl Jones (still alive at age 88), who had one of the great stentorian voices of all time.

Stella, a restaurant recently opened on the second floor of the hotel by celebrity chef-entrepreneur Jose Garces, is a virtual palace of gastronomy. Garces' restaurant empire has suffered highly publicized volcanic financial shocks in the past couple of years. No one has questioned his culinary talent, however, which he wears like a second skin.

He has bitten into his new job like a juicy peach. An appetizer that we both found drool-worthy was pieces of peekytoe crab with a mathematically precise marriage of serrano cream, aji amarillo (a pungent chili pepper spice from South America) and olive escabeche, a tangy vinegar-based marinade. I would lick this dish off a bicycle seat ($16).

Garces also mined great flavors with a first course of baked eggplant, which sounds rather pedestrian, but the chef plays the vegetable card like a Las Vegas dealer. The char was amazing. Browned but sinfully toothsome inside, the pillow-soft creation was cooked to a sublime perfection, needing no embellishment. Eat this dish and feel like a memsmashed it at The Catwalk, a glorious gift shop at 14 S. Main St. I immediately offered to pay for it, of course, but the owner repeatedly refused to accept payment. Shocking!

New Hope is an ideal location for an overnight getaway from Chestnut Hill, offering fine food, shopping and beautiful architecture, among other virtues, and it's only an hour (or less) away, with Route 202 North running right into Main Street.

Go to VisitNewHope.com for more information.

When designers are given ‘carte blanche’ over a project

In design, the only constant is change

How Modernism ‘opened’ our living spaces